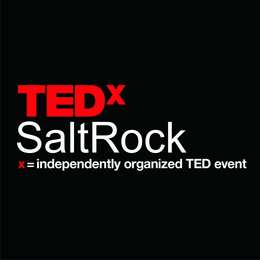 Dr Albertina Luthuli is the eldest daughter of former ANC President, Chief Albert Luthuli, also the first African, and the first person from outside Europe and the Americas, to be awarded the Nobel Peace Prize. She was born at Groutville Mission in KZN, South Africa. After being schooled at the primary school in Groutville she transferred to Adams College, where her father used to teach at the training college. After completing her high school education at St Francis College near Ramsgate she enrolled at the University of Natal's Durban Medical School, graduating with an MBChB. She spent many years in exile, in London, Lesotho and Zimbabwe, and returned to South Africa in June 1991 when she set up a medical practice in her home province of KZN. After the 1994 elections Dr Luthuli became a member of the Kwa-Zulu/Natal Legislature, and subsequently also served as a Member of Parliament in the National Assembly for the ANC.

Founder The Science of Coffee

Alessandrio's recently published PhD Thesis is the first study globally that has time series evidence of the impact of climate change on coffee. His research is causing waves through the coffee industry, as he has without doubt illustrated that coffee arabica yields in Tanzania are in decline due to climate change - a result with global implications. From BBC Africa to the Vice President of Tanzania are in contact to discuss the results of his study. Sandro is becoming famous in South Africa for another reason - his specialty coffee roast and hand picked beans under the banner of Science of Coffee, Salt Rock, KZN. Breaking the industry mould, he is personally sourcing chosen beans through personal relationships he has developed with coffee farmers throughout sub-Saharan Africa, including Ethiopia and Tanzania. Found on Reuters "Coffee yields have declined to their lowest point in years, with many farmers in Tanzania giving up on coffee completely.” – Alessandro Craparo

Duncan grew up in Gauteng, an unlikely place to cultivate a love for nature. Through good fortune he found himself on an extended gap year working as a barman, boat cleaner, waiter and general gofer at lodges in the Okavango Delta…. and eventually as a tourist guide in the swamps. This gap year ended up lasting seven, and proved pivotal to cultivating his interest and love for anything with DNA and eventually a career in environmental management and tourism. Duncan champions the other exciting creatures on our planet, things that live in the oceans rather than the skies, things with scales rather than feathers, things without spines, like the psychedelic world of sea slugs, nudibranchs and flatworms. Duncan runs an environmental consultancy, ETC-Africa and with his partner Michelle Morris they run a tourism based company from Salt Rock on the KZN North Coast, Tidal Tao, which offers snorkeling excursions with the single mission of exposing people to wonders of our coastline.

Liza Ashton holds a Masters in Commerce degree in Human Resource Management (Industrial Psychology) and is a registered Industrial Psychologist. Liza has accumulated a wealth of consulting experience through a wide range of Human Resource and Organizational Change projects and interventions. Her areas of specialty include executive assessments, succession planning, talent management, strategic Human Resource planning and coaching. She has a special interest in women’s issues and has learned that leadership is about creating conditions for others to be successful. Lisa holds the position of Managing Director, BIOSS Southern Africa.

Steven Gray is a revolutionary thinker. His vision is that every day people with a desire to create can gather using advanced technology to bring out and hone the intricacies of their own skills. TheMakerSpace is about lowering the barriers of entry for people to express their creativity in a physical way. It is about people getting together, working creatively, inspiring each other, engaging with new technology and building a “bottom-up economy”. Steven Gray has shared his vision with princes and sheiks around the globe, most recently with Prince Harry from Great Britain. He invites you to get involved at TheMakerSpace.

Dr Tony Ribbink is the CEO of the Sustainable Seas Trust. He is an internationally recognised scientist who applies his expertise in the service of the people of South Africa, and Africa as a whole. Dr Ribbink bridges the gap between science and community by placing science and technology in the appropriate socio-economic context with the specific aim of improving the quality of life of many rural communities. Hundreds have benefited from Dr Ribbink’s capacity-building initiatives and from being positively exposed to science many continue to benefit from the Sustainable Seas Trust's activities. Dr Ribbink has authored more than 100 scientific and other publications, and his work has been internationally recognised with among others a gold medal from WWF for contributions to conservation and education and a silver medal for limnological research, an award only presented four times since the society’s inception in 1964.