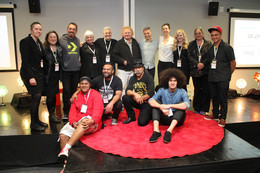 TEDxManukau is about sharing ideas and telling the stories behind the ideas of the incredible work that is often not seen in relation to South Auckland. Seemingly ‘ordinary’ South Aucklanders quietly doing the extraordinary; helping other South Aucklanders fulfil their potential to live full and healthy lives, breaking out from the systems that trap and reinforce poverty and social dependency.

TEDxManukau provides an ideal platform to showcase local ideas and bring people together – social innovators and people with both formal and informal authority – to listen to, participate in, and be inspired by the ideas and work already happening across South Auckland; ideas that give cause for hope and belief for the preferred future of health and well being; of meaning, dignity and community – for all of South Auckland.

Soar is a after school dance programme for the ages of 5-24. We encourage youth in unlocking the potential to Soar through the storms of life and using dance as vehicle to build their character and confidence.

Chris Clarke joined World Vision (NZ) in January 2010 as CEO. Previously, Chris spent 22 years in health management in New Zealand, United Kingdom and with the World Health Organisation in Europe. Prior to joining World Vision he was the CEO of Hawke’s Bay District Health Board. He is the first Praxis Visiting Scholar at Green Templeton College Oxford University where his main focus is on executive leadership development. His qualifications are in law and commerce. Chris holds a number of community roles including Trustee of Te Whakaora Tangata, Trustee of the Arrow Leadership Programme and Vice President of Tertiary Students Christian Fellowship. Chris is married to Karen and they have two young adult sons.

Dave Tims lives in Randwick Park, Manurewa with his wife Denise and 4 children. He has more than 20 years of experience working with people and communities, helping them discover and realise their full potential. Dave works in the same neighbourhood he lives in and he applies a Community-lead Development model to his work, that includes leadership development, employment opportunities, youth work training, partnerships and developing locally run trusts. Since moving to Randwick Park some 5 years ago Dave has become an active member of the Randwick Park Residents Association. The Association, working in partnership with the Manurewa Local Board, has successfully overseen the redevelopment of Riverton Reserve, which has included upgrading the sports fields and the construction of a new skate park. Future plans include the construction of a community centre and the establishment of an early childcare centre. Dave is a trained Counsellor, an ex-Primary School Teacher, a Baptist minister an

Debbie Munroe is a 51 year old Maori woman who has lived in Manurewa for over 30 years. She is a proud mother of five children and four whangai children and delights in her 12 mokopuna. A teacher of 20 years in South Auckland schools, Debbie gave up teaching and became a voluntary youth worker. Throughout her adult life, Debbie has supported over 80 young people, providing them with a room in her own home, attending court and/or family group conferences with them or visiting them in prison. Debbie does this because she believes she cares deeply about her community. In 2014, Debbie discovered some comments on Facebook about the youth of Manurewa causing havoc in Southmall Shopping Centre. Unimpressed by the negative feedback from the community about their youth, Debbie decided to do something about this. Discovering the harsh reality of poverty in her community, Debbie started up a soup walk through Southmall and Clendon. Debbie and her team hand out free kai to the young people

Freddie Baice is an exciting talent emerging out of Otara, South Auckland. A spoken word/theatre performance artist, he is a born performer.

Jasmine is currently working as a Special Needs High School teacher in South Auckland. In September 2014 she started a solo photography project called Humans of South Auckland. The initial idea of the project was to break the negative stereotypes of South Auckland people. It has now moved towards sharing inspiring stories that represent either hope or pride. Due to the overwhelming response of the public, she now works with a group of 10 people who are all contributing towards the end goal of publishing a book. Part of the dream is to be able to give a copy of the book to every school in South Auckland. She plans to work on this project full time next year.

Leonard was born in Thames 1982 and raised in Kerepehi. He moved to Mangere, South Auckland in 1985 and did most of his schooling there. Just after leaving school he got into writing his own lyrics, drumming on anything but a drum just to get a beat or an idea. He used to hum to himself just to feel a rhythm. When he discovered that you could make beats using your mouth he then started beatboxing. Music is his life.

Lyn Doherty is of Ngati Porou and Ngapuhi iwi descent. She is a mother of four and grandmother of six children, and is a PhD student in the Faculty of Psychological Medicine at the University of Auckland. For the past 22 years she has worked in special education with a focus on advocacy for Kaupapa Maori service development for Maori, firstly as an early intervention teacher – then as a psychologist within government organisations. Lyn believes passionately in the idea that the parent-child relationship is a critical source of resilience at individual, whānau and community levels. Fifteen years ago Lyn helped establish Ohomairangi Trust, a not for profit, NGO, Kaupapa Maori early intervention service, to better support whanau and to develop this idea in a practical way. A consequence of this was the establishment of a remarkable programme known as ‘Hoki ki te Rito – Oranga Whānau’. The programme is held one a day week, over a 14 week period. Hoki ki te Rito builds on relationship

For years Mike has been known up and down the country as Mike King, the Kiwi comedian, but that role changed dramatically in 2009 with the birth of ‘The Nutters Club’, his award winning radio and TV show discussing all things related to mental health. This transition subsequently resulted in The Key to Life Charitable Trust, of which Mike is the Ambassador. He travels the length and breadth of NZ giving up his free time to ensure our youth have the opportunity to hear his message and enable them to embark on their own positive journeys in life.

Born and raised in the heart of South Auckland, 17 year old Sheldon Rua aspires to inspire, encourage and to motivate. Currently attending Alfriston College as a Year 12 student Sheldon has lived a life more than many 50 year olds. From gigging in pubs and clubs as a keyboardist in a band from the age of 13 to recently dancing at local, regional and international hip-hop events, to speaking at local community events as well as regional and national conferences, Sheldon carries himself with confidence and style that he would call "me just being me".

Sully Paea grew up in Niue and immigrated to Auckland, New Zealand in the 1960s. His grandfather encouraged the family to visit New Zealand, describing it as the land of opportunity and flowing with “milk & honey”. Instead, Sully discovered Lion Red, Steinlager, Rock & Roll and women. These influences quickly lead him on a path to alcoholism and gang-related activities. By the grace of God and the support of a caring relative, Sully’s life was turned around and he began his journey of investing his time and energy into the improving the lives of youth in Otara, a lower socio-economic region of Auckland. In 1979, with a dream and a passion to serve his community, he took a leap of faith and began youth work. The next fifteen years working in the grassroots of Otara lead Sully to establish ‘Crosspower NZ’ in 1994, a social & youth work organisation which has influenced locally, nationally and internationally.

Yendarra School is situated in Otara, South Auckland, one of the lowest socio-economic areas in NZ where many of the children live tough and below the poverty line. Susan Dunlop is their school principal. Yendarra School swims against the tide of public opinion and assumption that parents in low socio-economic schools are poor parents who don’t care for their children and are unable to help themselves. Sue and her team strongly believe in their parents’ capabilities and the acknowledge the important role those parents play in the school’s transformation.

Walz is a Student Support Youth worker at Alfriston College where he uses his skill and passion for skateboarding to teach kids science and life skills. He is also a solo Dad. He was awarded the Youth Worker of the Year at the Manurewa Youth Workers Youth Awards 2015, but his life a few years before that was very different; one marked by drugs, alcohol and gangs … and of course skateboarding! It took someone who saw the potential that lay deeper within in him than his anti-social behaviour, connected with a long held desire to be involved in designing a skate park that provided the impetus for him to turn his life around. He says “I now realise how important people are and how I influenced the young ones. I’ve had kids come up saying they wanna be like me. I’m still not perfect but I’ve definitely changed my life around.” 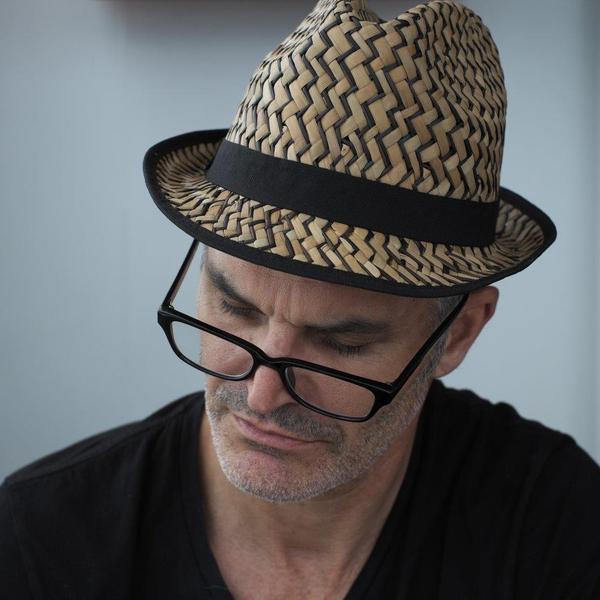