Imagine the most fascinating and engaging members of the Somerville community coming together for one day to share their passions and discuss their visions for the world. Somerville is home to amazing artists, musicians, innovators, entrepreneurs—extraordinary ideas, and remarkable people. Our city is undergoing a Renaissance and in many cases what was once old is being made new again, literally transformed! This year, TEDxSomerville will showcase speakers in our community who are instrumental in driving this new chapter in our city and how we think about healthcare, math scholarships, exercise and more!

Blake Evitt is the director of Parkour Generations Americas and an ADAPT Level 3 qualified instructor. Inspired by his interest in the global potential of parkour he was awarded a research grant by Davidson College in 2009 to spend a month in Paris shadowing the founders of parkour, known as the Yamakasi. After graduating in 2010, Blake was awarded a prestigious Thomas J. Watson Fellowship to travel around the world studying parkour as an agent for positive social change. Blake returned to the United States in September 2012 to help lead the launch of Parkour Generations Americas and to develop parkour in his hometown of Somerville/Boston. Today Blake teaches parkour in the Boston area full-time and is a frequent guest instructor at events and workshops around North America and Europe. For more information on Blake and his travels, go to his blog: making-the-jump.blogspot.com.

Chad Jones is a socially conscious entrepreneur and venture investor who currently serves as Chief Strategy Officer for Deep Information Sciences. His unique vision takes big ideas from inception through execution resulting in highly profitable outcomes including six exits to companies such as Microsoft, VMware and Intel. As an investor, Jones has chosen companies that create better outcomes for the planet and has traveled the world discussing a vision for a better world through the non-intuitive use of technology.

David Delmar is an artist, designer and Founder/Executive Director of Resilient Coders, a volunteer-based program focused on making web technology more available to urban youth who might not otherwise be exposed to it. His mission is to spread code literacy to communities underrepresented in technology by targeting youth who are at-risk or have been caught up in the court system. He believes in the resilience of Boston’s youth and that technology provides an opportunity for true meritocracy. Before launching Resilient Coders, he led a team of designers and coders at PayPal.

Dillan DiGiovanni is an integrative health coach and consultant. He’s also transgender and brings that unique perspective of the world to his work. Dillan helps people and companies choose change for sustainable health and happiness with better work/life balance and communication. He received his Bachelor’s degree in Education from The College of New Jersey and his Master’s degree in Education with a specialization in Leadership, Wellness and Cultural Change from Lesley University. Dillan is originally from New Jersey but is currently living the dream in Somerville, MA. His favorite movie of all time is the Karate Kid and he enjoys coffee, bacon and green smoothies.

Drew is the co-founder of Emzingo, an organization that is focused on creating the next generation of responsible leaders through experiential learning, social impact projects, and cultural immersion – and also an Ashoka U Cordes Innovation award winner. Drew is passionate about unlocking potential in individuals, organizations, and communities. Drew holds an M.S. in Engineering from Cornell University and an MBA from IE Business School in Madrid.

Emily L. Reichert, Ph.D., is the Chief Executive Officer, of Greentown Labs, the nation’s largest cleantech incubator. She is responsible for managing the space (33,000 SF of co-working and prototyping lab space), strategic direction, expansion, and focus on increasing the organization’s impact on clean and energy efficient technology commercialization through entrepreneurship. Prior to Greentown Labs, Emily was the Director of Business Operations at the Warner Babcock Institute for Green Chemistry, growing from angel-funded start-up to a sustainable contract R&D business. She has over fifteen years of experience serving in R&D, business development and operations leadership roles. Emily holds a PhD in physical chemistry and earned an MBA from MIT.

Hannah Chung is co-founder and Chief Creative Officer of Sproutel, the creator of Jerry the Bear: An interactive learning companion for kids with chronic illnesses. Before Sproutel, Hannah co-founded Design for America, an award winning national student organization that helps students solve local social problems through design thinking. She was named as one of the honored makers by the White House. In addition, she was named one of Inc Magazine’s “Top 15 Women to Watch in Tech” (2012) one of the “5 Female Founders to Watch” by Women 2.0 (2014), and inducted into Better World by Design’s Hall of Fame. In 2013, she won the Perfect Pitch competition at Fortune’s Most Powerful Women summit where Warren Buffett was one of the judges. She earned her B.S. in Mechanical Engineering at Northwestern University.

Managing Director of the Center for Innovation

Hitendra Patel is the Managing Director of the Center for Innovation, a global innovation consulting company based in Cambridge, MA. He has helped drive innovation transformation initiatives at companies like Hewlett Packard, LG, Cadbury, Verizon, and P&G. Dr. Patel is also a Board Director of the Hult Prize, the world’s largest startup accelerator for budding young entrepreneurs that provides an annual prize of $1 Million and partners with President Clinton and sources globally for the best solutions/teams to end poverty in slums. He co-founded the Global Innovation Management Institute and has been the main driver for creating certification testing standards to make innovation a management discipline across the globe.

Katie Martell is the Co-Founder and CMO of Cintell, a cloud-based customer intelligence platform. She is a B2B marketer with experience creating buzz and driving market demand for companies including Aberdeen Group and as a media strategist for the high-tech PR firm, Version 2.0 Communications. She spent five years as Director of Buzz and Communications for NetProspex, growing the company from startup to award-winning organization serving Fortune 500 companies. She has been spoken at a variety of events including FutureM, MarketingProfs B2B Forum, and Young Women in Digital. She has contributed to publications such as CMO.com, MarketingProfs, Chief Marketer Magazine, The Huffington Post, CMO Essentials, and more. She is also a board member of the American Marketing Association Boston Chapter.

Dr. Kristin J. Lieb is an Associate Professor of Marketing Communication at Emerson College. Before arriving at Emerson, Lieb held numerous marketing and business development positions in the music industry, including posts with Atomic Pop and Newbury Comics Interactive. She also worked as a researcher for Harvard Business School and as a freelance writer for Billboard and Rolling Stone. Lieb published her first book, Gender, Branding, and The Modern Music Industry: The Social Construction of Female Popular Music Stars, with Routledge in 2013.

Laur Hesse​ ​Fisher​ is the project manager of the Climate CoLab. Run out of the Massachusetts Institute of Technology​ (MIT)​ Center for Collective Intelligence,​ t​he Climate CoLab​ is ​attempting to crowdsource solutions to the world’s biggest problems, starting with climate change. She was an elected civil society representative (alternate) for the United Nations Environmental Programme (UNEP) – North America and leads a volunteer-run project called The Civic Series that holds informative events to help raise the public’s understanding of major global and domestic issues. She is a traveler, a Jumbo and is, above all things, excited for the future. 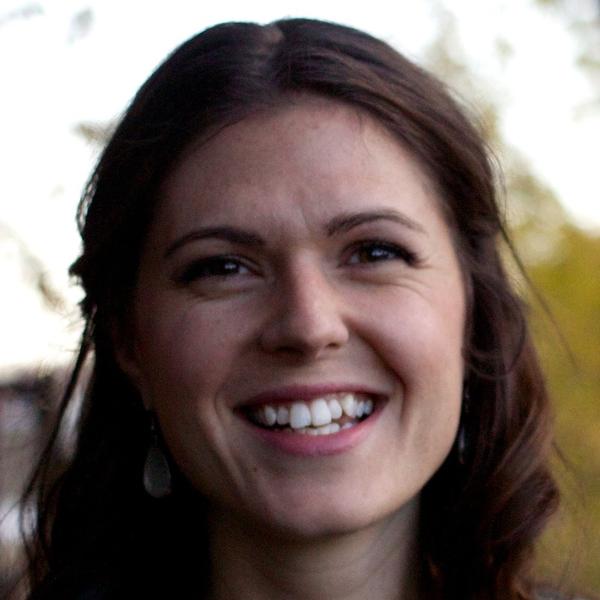