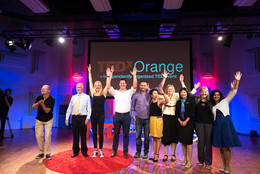 TEDxOrange was founded in 2015 by Andrew Logan, Kath Logan and Kyle Manning (Licensee) with committee members Sonia Muir and Denise Mills. TEDxOrange seeks to share ideas worth spreading with as many people in our city as possible.
At TEDxOrange, what goes on outside the conference room is just as important as what goes on inside. That’s why we will be live streaming the conference, making it available to anyone with internet access. We are committed to the highest production values and are sure that the videos of TEDxOrange speakers will become favourite TEDx talks.
Our event is being planned and coordinated by a team of volunteers with support from local partners.
What is TEDx?
In the spirit of ideas worth spreading, TED has created a program called TEDx. TEDx is a program of local, self-organized events that bring people together to share a TED-like experience. Our event is called TEDxOrange, where x = independently organized TED event. At our TEDxOrange event, live speakers and TEDTalks videos will combine to spark deep discussion and connection in a small group. The TED Conference provides general
guidance for the TEDx program, but individual TEDx events, including ours, are self-organized.
Follow TEDxOrange on Twitter at twitter.com/tedxorange or Facebook at facebook.com/tedxorange

Al Baxter is a practising architect, company director and ABC TV sports commentator. He graduated from the University of Sydney in 2001 with BSc (Arch) and BArch, as well as winning both the Sir John Sulman and Sunlord Perpetual awards for design. He works at Cox Architects where he is Master Planner – Sports, Convention and Exhibition Architecture, and ECOX National Sustainability Manager. He has served on a number of sports and professional boards and is a member of the Sydney Living Museum (Historic Houses Trust of NSW) Board. His professional commitment is to architecture and place – meaningful, sustainable and inclusive buildings and spaces that whole communities enjoy.

Dai Le was born in Saigon, Vietnam and spent years in refugee camps in South East Asia. Her family was resettled in Australia in December 1979. Dai has been a journalist, film-maker and broadcaster with the ABC. She was a Councillor on Fairfield City Council, stood for the NSW state seat of Cabramatta and was one of the Australian Financial Review’s Top 100 Women of Influence in 2014. She is passionate about increased mainstream representation of Asian Australian and culturally diverse men and women. She supports that goal as CEO & founder of DAWN (Diverse Australasian Women’s Network), an organisation that champion diverse leadership beyond gender.

Born and bred in Singapore, Eevon has lived and worked in Brisbane, Saskatoon (Canada), Singapore. Then she found love and moved to Bathurst in 2011. Her doctoral journey, the wealth of information that we are all constantly exposed to, coupled with her “do do do” personality, has led her to ask the question – “Knowing what we know, why don’t we just do it?” She counts efficiency as one of her strengths, but knows that the personal touch matters as well. And this is the foundation of her talk. We need to rethink social inclusion. It is not an abstract quantity, it is the result of people deciding to connect with the people around them. And where better to start than conversations? At the beginning of her undergraduate studies, Eevon was hoping her extensive training as an exercise physiologist would result in superior ball and racquet handling skills. This was not to be and Eevon makes up for her lack of ability in ball and racquet games by tearing up the trails on her mountain bik

Prof. Gordon Parker AO is currently Scientia Professor of Psychiatry, University of New South Wales and was Executive Director of the Black Dog Institute from 2002-2011. He was, for nearly two decades, Head of the School of Psychiatry at UNSW and Director of the Division of Psychiatry at Prince of Wales and Prince Henry Hospitals. He has had a number of responsibilities for the Royal Australian & New Zealand College of Psychiatrists, including being Editor of the Journal and Chair of the Quality Assurance Committee. He has been an active researcher, and has held a number of positions with legal organisations, including the NSW Guardianship Board and the NSW Administrative Appeals Tribunal. In 2004 he received a Citation Laureate as the Australian Scientist most highly cited in the field of ‘Psychiatry/Psychology’. His autobiography “A Piece of My Mind: A Psychiatrist on the Couch” was published in 2012.

Lis Bastian is an artist, passionate ecologist and founder of The Big Fix, a solutions journalism movement. She started life as an art teacher before becoming a curator, cafe and bookshop owner, then worked in local government, ran her own art gallery all while sprinting around after twin boys. After years of leading art and environment community initiatives, she realised that the people who focus on possibility are the ones who are going to help get us out of the terrible fix – environmental, social and health – that our planet’s in. So she started The Big Fix. Every day, The Big Fix facebook page drip feeds its followers nourishing journalistic snacks of ingenuity, courage and possibility. The BIg Fix the shares solutions stories from all over the world. Stories about people who focus relentlessly on what is good, possible and best for everyone. Because we’re all in this together.

Mieke Buchan’s home is wherever her khaki green backpack lands. A childhood love of travel has translated into two globetrotting decades making sport and travel television. With a Logie nomination tucked under her wing, Mieke jetted off for an eight-year stretch in America and Europe. She has taken a huskie ride across the 1000 Foot Glacier in Switzerland, climbed the toe-curlingly precarious rock faces of the Gorge Du Verdon in France and tasted some pretty fine wines with award-winning sommeliers right across Europe (which SO did not suck). Her all-time career ‘best days’ include interviewing Jim Courier while whacking the fluff off a few thousand tennis balls in Cabo San Lucas before a spot of Panga boat fishing with the locals (she caught a miniature tuna, yay!). Mieke can generally be found, journalistic pick-axe in hand, digging up the story behind the story of whichever small town, village or city she’s descended upon that week.

Mike Finch is a graduate of Charles Sturt University Bathurst’s innovative Theatre/Media course. He has worked in shearing sheds and as a pastry cook, juggler, acrobat, associate lecturer and director of large scale theatre and circus. He co-founded physical theatre company Precarious and Circus Monoxide, touring Australia in a double-decker bus. In 1997, at age 27, Mike was offered the job of Artisitc Director and co-CEO of Circus Oz, Australia’s internationally famous contemporary circus company. Mike held that role for over 17 years, finishing up with the company in 2015. During his term, he was responsible for artistic direction of all Circus Oz’ work, touring the world annually, from Arnhem Land to Broadway. His role included curating the permanent ensemble, facilitating innovation and creative development, collaborating on the expansion of the company and its continuation as one of Australia’s best loved exports. Mike was a central figure in the establishment of the brand new

Monika Barthwal-Datta is a Senior Lecturer in International Security in the School of Social Sciences, Faculty of Arts and Social Sciences, UNSW. Growing up, Monika lived and studied in a number of countries, including India (where she comes from), Japan, New Zealand, Uganda and ultimately the UK where she completed her postgraduate studies. While studying for her MScEcon in Security Studies (Aberystwyth University) and then her PhD in International Security (Royal Holloway College, University of London), Monika worked as a freelance broadcast journalist for the BBC World Service Radio. She moved to Sydney in late 2010 to take up a two-year research fellowship on Food Security in Asia at the Centre for International Security Studies, University of Sydney, and moved to UNSW Australia in mid-2012. Monika’s research focuses on international security from ‘non-traditional’ perspectives that prioritise the needs and concerns of those who are least powerful and marginalised.

Nicholas’ talk is inspired by the International Year of Soil 2015 and the burning question, “How should we feed 11 billion people by the end of this century?” He will be talking about our present approach to agriculture and whether it is economically, socially and environmentally sustainable. There are many ways to grow the quantity of food we will need using natural inputs based on an understanding of soil biology. As well as considering big agricultural systems, Nicholas will talk about how individuals can produce a large amount of their own food, either in their own back yards or using scalable systems such as aquaponics, wicking beds and vermiponics. People, systems and government are the future of feeding the planet holistically.

Roz Townsend began her career as a teacher and moved from the classroom through positions of lecturing, disabilities consultant, authorised person for home schooling, official visitor for mental health to education business owner and author. Roz has many rich and varied experiences as a trainer and mediator in government and non- government organisations both in Australia and overseas. She is author of international best-sellers and speaks on effective communication skills. She is a consultant to a number of educational institutions and regularly writes articles and presents around the world . She is also a regular education commentator on ABC and local radio. Roz believes that communication can solve any problem. 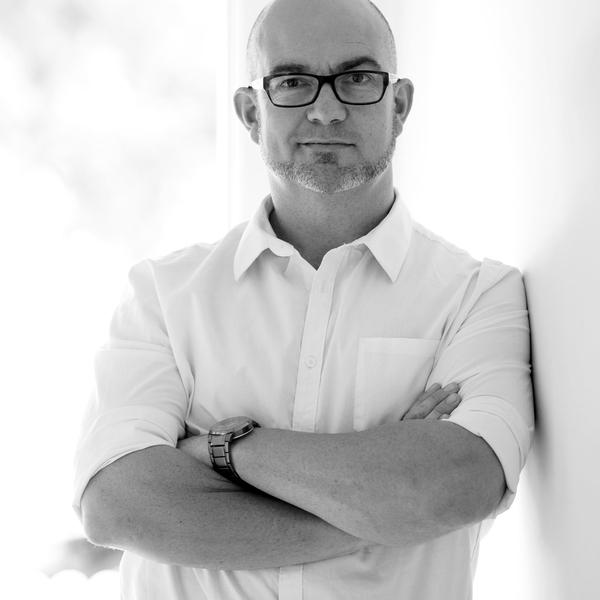