TEDxBrookings brings the community together for ideas worth sharing. The great minds from within the community and from places far beyond the community will share the origins of ideas, discoveries and social change.

Join us for a time of sharing, community-building and big ideas right in Brookings, SD.

Dr. Adam Hoppe is an Associate Professor of Chemistry and Biochemistry at South Dakota State University and the director of BioSNTR, a state-wide and federally funded initiative aimed at strengthening research in bioscience and biotechnology. Dr. Hoppe’s research is focused on discovering how immune system cells protect the body against disease. To approach this question, Dr. Hoppe’s lab combines the development of new microscopes with cutting-edge molecular genetic tools to see the biochemistry that underlies immune cell function.

Ann L. Wilson, Ph.D. is an Adjunct Professor of Pediatrics and Senior Research Associate at the Center for Disabilities at Sanford School of Medicine. She is also Professor Emerita of Teaching, Learning and Leadership, South Dakota State University. Her post doctoral training in infant mental health was completed at the University of Michigan and early development has been the focus of her professional life. Dr. Wilson has been deeply involved in work in the state’s reservation communities developing prevention services for mothers and their children. For the past 28 years she has authored a publication, “The State of South Dakota’s Child” that is published annually in South Dakota Medicine.

Barry Dunn is a cowboy and the Dean of the College of Agriculture and Biological Sciences at South Dakota State University. From 2004-2010, Dunn served on the faculty of the Texas A&M system, developing a Ranch Management graduate program in cooperation with King Ranch of Kingsville, Texas. He continues to farm and raise cattle on a family farm in Brookings, SD.

Caroline Winegeart is the designer and artist behind Made Vibrant, an online learning community for soulful creatives interested in living their brightest, most authentic lives. She is a self-taught designer, hand-letterer, writer and, above all else, an artist whose mission is to lead others to their own authenticity and give them the courage to share it with the world.

Deb Brown, of Debworks, listens, asks questions and identifies ways to help small towns and rural areas reclaim their character and purpose. Deb provides the guidance and structure to get conversations moving in the direction of accomplishment. She supports small towns and rural living through interactive instruction and motivation. Deb has keynoted at the State of Michigan Small Town and Rural Conference, 140 Character Conferences in Kansas, Iowa and New York City, and Preserve Iowa Summit. Deb has also spoken at various service organizations, Central and Western Iowa Tourism events, Iowa Museum Association Annual Conference, State of Iowa Department of Natural Resources Annual Conference, to name a few. Deb is a fan of local business, supports non-profit organizations in her community and believes everyone should volunteer somewhere.

Drew Spooner is the Chief of Sway at Hammock Initiative. He co-founded HI as a global chilled-out movement while attending North Dakota State University where he is currently enrolled in his last semester. Spooner is a University Innovation Fellow and a member of the 2015 Clinton Global Initiative University Codeathon winning team. He is known for starting clubs focused on seemingly mundane tasks such as playing croquet, swaying in a hammock or eating a donut.

Hattie Seten is a high school student in Sioux Falls, South Dakota. She is active in speech and has used her experience exploring the world digitally to influence her writing and speaking opportunities.

Jacqueline is the creator and teacher of the online course Go Sugar Free. Go Sugar Free is the fusion of public health, online education, technology, and added sweetener/refined grain reduction. Jacqueline holds a masters degree in Health Behavior and Health Education from the University of Michigan School of Public Health and taught undergraduates at the University of Michigan. She’s also conducted research at the UCSF Osher Center for Integrative Medicine and Krishnamacharya Yoga Mandiram (KYM) in Chennai, India.

Jason Zook (formerly Jason SurfrApp, Jason Headsetsdotcom & Jason Sadler) is an unconventional marketer and entrepreneur. Tired of living a life that felt prescribed to him by society, Jason Zook used his out-of-the-box thinking and ingenuity to create multiple profitable Internet-based businesses. Jason is a public speaker, an entrepreneur at heart, lives a life of intention, and continues to strive to make a living doing what he loves. Jason has been featured by The Today Show, CBS Evening News, USA Today, and The New York Times. He lives in San Diego, CA with his girlfriend, Caroline, and his Staffordshire Bull Terrier, Plaxico.

Karen Senaga is a doctoral student in the Department of History at Mississippi State University and working on her dissertation entitled, “Tasteless, Cheap, and Southern? The Rise and Decline of the Farm-Raised Catfish Industry.” She currently resides in Brookings where she is completing a dissertation fellowship at South Dakota State University.

Lawrence Diggs has written and published five books. He makes presentations on topics ranging from food and culture to “race” and gender to civic groups, universities and secondary institutions around the world.

Maggie Owens is the Director of Human Development at Larson Manufacturing Co. in Brookings, South Dakota. Previously, Maggie served as Chief Executive Officer and Owner of Human Capital Consultants, LLC, during which time she developed and implemented employee development and organizational change initiatives for some of the Fortune 100 Best Employers.

Mary Woster Haug is an author, professor and South Dakotan. Her writings on a sense of place have been published in regional and national anthologies and have been twice nominated for a Pushcart Literary Prize. She is a nominee for the Spirit of Dakota Award, given to women with deep roots in Dakota who have demonstrated leadership qualities. She taught English for thirty years at South Dakota State University.

At 22, Nate co-founded 1 Million Cups at the Kauffman Foundation – a weekly educational program for entrepreneurs now in over 75 cities in the United States. Nate works at CREMA – a Kansas City based company with a brilliant team of product designers, developers and business strategists building digital products for startups and evolving brands. His latest project is the formation of New Year’s Adventure Club which encourages ordinary people to start their year off in an extraordinary way.

Peter Hill was born and raised in Philadelphia, PA, but has been living and working on the Pine Ridge Reservation for nearly 15 years. He became fluent in the Lakota language during his time on the reservation, and eventually became a Lakota language teacher In the fall of 2012, Peter started Lakota Immersion Childcare, also known as Iyápi Glukínipi. The program has begun creating and disseminating large quantities of Lakota language children’s books and multimedia materials.

Redwing Thomas is a Dakota language consultant who currently resides in Flandreau, South Dakota. He has worked with the Santee Sioux Nation in Nebraska and the Wakpa Ipaksan (Flandreau) Dakota community. He creates Dakota videos and language learning materials, as well as training on cultural competence.

Dr. Meyers is a professionally trained cultural anthropologist with an emphasis in sociolinguistics and cognitive functions of the mind. As a cultural anthropologist he explores human identity and the ways people’s identities manifest within language and the articulations in that context. Currently Dr. Meyers is the Tribal Relations Director & Program Coordinator in American Indian Studies at SDSU. He served as an editor/writer for the Office of the Assistant Secretary-Indian Affairs in Washington D.C. Metro Area. He earned his Ph.D. at Arizona State University (2008). Dr. Meyers is also an enrolled Oglala Sioux tribal member with ties to Wanblee, SD.

Simone Wai is a community builder on a mission to make her community of Fargo, ND the best place on earth to live. She does this by creating unique community gatherings, influencing local policy, and empowering culture creators with her company, Folkways.

Writer and producer, Ted Heeren, grew up on his family’s farm just outside of Beresford, South Dakota, near a place the locals know as Norway Center. After completing his studies in Broadcast Journalism and Horticulture at the land grant university, Ted applied the strong work ethic and planting tips he learned on the farm to starting an advertising agency, Fresh Produce, and a late night public radio show, Rock Garden Tour. Ted lives in Sioux Falls with his wife, Liz, and their little boy, Sylvester. Currently, his garden doesn’t look great, but as always, he’s optimistic about next year.

Tom Stellman is founder and CEO of TIP Strategies, an economic and workforce development strategy firm based in Austin, Texas. As developer of TIP’s model of Talent, Innovation, and Place, he helps communities, small and large, build consensus for economic health and sustainability.

Viraj is the TEDxBrookings Open Mic winner from Mumbai, India, a city of 12 million people. Immediately after his gap year, he decided to join South Dakota State University. He is pursuing 1 major, 3 minors and 1 certificate, all of which pertain to communication studies in one form or another. He likes talking to anyone or anything that talks. 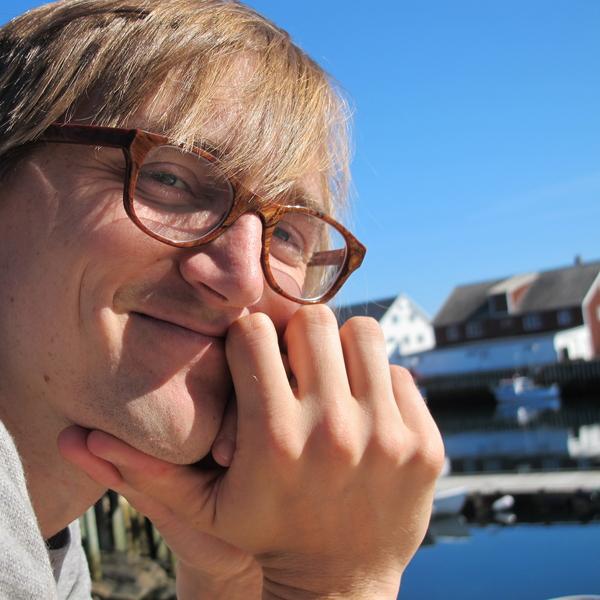