TEDxSquareMile is in its fourth year. Let's make it one to remember :)

A lot of happiness and connection, a few heart stopping moments, a lot of heart warming moments and when the dust settled, a big hug :)

Meet Anna Shields and Emily Garsin founders of Starling Arts, an arts and performance company, which runs a range of vibrant singing, performance and training workshops for businesses, arts organisations, schools and communities. Launched in 2010, Starling Arts is founded on a central belief that the arts brings people together and aims to provide fun, accessible and high quality arts experiences for everyone and anyone, whatever their previous life or musical experience.

Having trained as a laughter yoga teacher in India, Arturs Laimigais is on a mission to bring its practice and benefits to the West. Following his mentorship from the founder of the global laughter yoga movement founder Doctor Madan Kataria, Arturs has held hundreds of laughter yoga sessions in his native Latvia and beyond. He also holds bachelors qualifications in psychology and law, and is a qualified lawyer and life coach. Laughter yoga is the practice of sustained voluntary laughter, centred on the belief that it has the same mind and body benefits as spontaneous laughter.

Craig Twyford is the director of Octopus Analytics, a research company he launched in 2011. In 2014, inspired by the Mass Observation project, he began the JamJar Story Project, an online digital archive of everyday life in the UK. The archive was launched in June, and recently celebrated its first 200 uploads.

Graduates of London’s Royal Central School of Speech and Drama, Anna and Emily first connected by singing around their piano in their flat share to unwind from their studies. Both are experienced performers and facilitators, having worked on a diverse range of youth and community music and drama projects internationally. They enjoy exploring the ways that singing can forge new relationships and have seen housemates, round-the-world travel buddies and even marriages formed through singing.

Erik Fairbairn is the founder and CEO of POD Point. Under Erik’s stewardship it has become one of Europe’s leading providers of electric vehicle supply equipment (EVSE). They have developed a network of 1500 public charging bays, have shipped over 20,000 charge points and have supplied in excess of 10,000,000 miles of electric motoring. In 2014 Erik successfully led the firm through one of the UK’s largest ever equity crowd funding rounds and since then POD Point has been featured in the Sunday Times Tech Track 100 list of the UK’s fastest growing tech companies. A qualified engineer by training, Erik also sits on the Automotive Technology Council which advises the UK government on the development of automotive technologies. He was recently voted as one of London’s 1000 most influential people by the Evening Standard and is happily married with 3 young children. Topic of upcoming TEDx talk: ‘There Will Be No Electric Petrol Pumps in the Future’.

Dr. Harry Witchel is Discipline Leader in Physiology at Brighton and Sussex Medical School at the University of Sussex, England. In 2004, Dr Witchel received the national honor of being awarded The Charles Darwin Award Lecture by the British Science Association. His research interests are: Soundscape; Nonverbal Behaviour; Motion Capture; Engagement; Psychobiology. He has consulted and run experiments for Honda, Tesco, Nike and Nokia, and his writings have in appeared nationally in the Financial Times and the Times Higher Educational Supplement. His regular appearances internationally as a commentator promoting public engagement with science on radio and television include shows ranging from Newsnight to the BBC World Service Radio and the Discovery channel. He is the author the book “You Are What You Hear: How Music and Territory Make Us Who We Are”.

Helen Astrid, Dip.RAM, is one of Britain’s top music professionals and an expert on the human voice. As a graduate of the Royal Academy of Music, Helen has over 20 years of professional experience and is the founding director of Corporate Singing Workshops. Amongst her many performances, Helen starred in major roles at venues such as the English National Opera, Garsington Opera, London South Bank and has appeared in Phantom of the Opera. Helen wrote and performed her first Opera, ‘It’s 10pm, they’re late’ for Tête à Tête London Opera Festival’ in 2009. Helen has worked with a wide range of private and public companies including large multi-national organisations and small businesses from the BBC and Procter & Gamble to the NHS, encouraging connection through team-building and singing workshop sessions.

Helen Morris Brown is the founder of Really Responsible Training, a company with a unique approach to professional development that enables organisations to grow and prosper while behaving ethically. She is a facilitator, trainer and learning and development specialist. She trained at the Central School of Speech and Drama in London and worked in theatre and film production for a number of years. She holds an MSc in Occupational Psychology and has been a management trainer and consultant for over twenty years. Her clients include: BP, Honda UK, AXA ppp Healthcare, Charlton Athletic Football Club and the London Fire Brigade. She believes that our brains hold the key to our behaviour – good and bad – which is why she is passionate about helping people to understand the ways in which their brain affects their performance at work. Helen is an expert in designing breakthrough interventions for business leaders with the aim of inspiring positive change.

Irene is a senior lecturer in marketing at Cass Business School, with research interests in consumer psychology, judgement and decision making. Her research has been published in psychology magazines and journals, and has been reported on by major news organisations such as BBC News, the New York Times, Forbes Magazine and the Huffington Post.

Dr. Jamin Brahmbhatt is a qualified doctor specialising in the field of urology and robotic microsurgery. He is the co-director of The PUR Clinic (Personalised Urology and Robotics Clinic) at the South Lake Hospital and Orlando Health. Dr. Brahmbhatt is one of the co-founders of the national campaign, Drive 4 Men’s Health which has reached 400 million men and encouraged them to improve their overall health. He uses social media to reconnect health care professionals to what they love most – helping others. Dr. Brahmbhatt continues to discuss a wide variety of health topics in the media and has been featured on Fox News, CNN, CBS Radio, Everyday Health, Yahoo Health, and Men’s Fitness among others.

John Dennis is an adventurer and has campaigned extensively to raise awareness of mental health issues. Having struggled through deep depression and post-traumatic stress disorder, he has emerged on the other side and continues to proactively talk about his own experiences and to encourage others to open up. John regularly sets off on challenging adventures in order to help raise the profile of depression, trauma and mental illness. John says that, “’getting connected’ with relevant people really aided my recovery… after all, you are only as good as the people you have supporting you.”

Lisa lavia is managing director of NAS and pioneered its applied soundscape programme, which is at the heart of a global movement establishing the future management of sound within the built environment. Through her vision and dedication to see these principles sustainably embedded in our towns and cities, she has been at the forefront of the recent establishment of the world’s first acoustics soundscape standard (ISO 12913-1:2014). Lisa is a member of the EU COST Action and ISO Working Group 54, both on Soundscapes, and has a research sabbatical with Sheffield University to help further applied soundscape studies. She is editor of ‘Sound Scape, where life sounds good’ e-magazine and has published several conference papers. Lisa has recently contributed and is lead chapter author of the forthcoming authoritative book “Soundscape and the Built Environment”.

Octavius co-founded Mind Gym in his West London kitchen in 2001. Mind Gym shows how you can harness soft power to deliver hard business results. Whether to transform productivity, delight customers, build inclusion, innovate, increase sales or accelerate change, there are far more effective methods than carrot and stick. Applying the latest psychology, delivered locally in over 30 countries, we help organisations transform the way people think, feel and perform at work. The solution is proven, quick and easy to implement. The only barrier is old-fashioned thinking. www.themindgym.com

Pilgrim Beart is a computer engineer turned technology entrepreneur. He is a Fellow of the Institution of Engineering and Technology and has been involved with integrated circuit and system software design roles in high-tech start-ups in the US (Silicon Valley) and the UK (Cambridge and Oxford). He has a keen interest in revolutionary science and technology and his current interests include machine learning and emergent behaviour. Since 1998 he has co-founded “connected product” start-ups activeRF, antenova, Splashpower. In 2006 he co-founded AlertMe, the connected home platform which manages millions of devices and powers British Gas’ Hive & Lowes’ Iris which sold in 2015 for $100m. Pilgrim now leads 1248 DevicePilot, which is focussed on helping connected-product companies to manage their products at scale.

Radhanath Swami is a world renowned author, philanthropist and community builder. He has been a Bhakti Yoga practitioner and spiritual teacher for more than 40 years. He is the inspiration behind a free mid-day meal for 1.2 million school kids across India and he has been instrumental in founding the Bhaktivedanta Hospital in Mumbai. He has keynoted at Apple, Starbucks, Google and House of Lords. His work has led to meetings with U.S. President Barack Obama and India Prime Minister Narendra Modi.

Stephanie Bosset is a broadcast and photo journalist with a passion for news and interest in the way our constantly progressing digital age is enabling people from all over the world to access information easily and quickly. Stephanie moved to London 16 years ago and carved out a successful 10 year career as a web designer. As a successful freelance photojournalist, Stephanie spent a lot of time in the field covering stories from riots in Madrid to documenting international food habits in London. Her photographs have been published in Guardian, Huck magazine, L’Illustré, Offscreen magazine and the Evening Standard. She has now taken the step to pursue her desire to become a television journalist and recently completed her master’s degree from City University, London. She is currently freelancing for Unreported World and Dispatches. Stephanie is passionate about a number of causes including: animal welfare, arts and culture, environmental issues and human rights.

Tariq has been guiding groups and travelling the world for more than 13 years. In that time he has had the great privilege of escorting almost 1500 would-be adventurers as they attempt to conquer personal physical challenges abroad, often in the name of charity and in more than 25 countries on 5 continents. His many group adventures include crossing Europe, Asia and Tibet overland, house building challenges in Cambodia, cycling through Rajasthan and trekking to the summits of Mount Kilimanjaro and Mount Kenya. Currently based in London, Tariq continues to organise expeditions and challenges in the UK and worldwide. 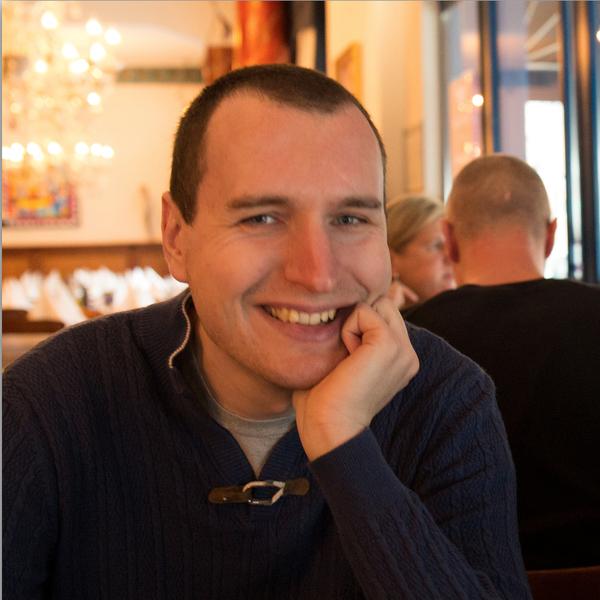