Currently pursuing an MFA in creative writing, Amalia Ortiz has appeared on three seasons of Russell Simmons Presents Def Poetry on HBO. She was awarded the Alfredo Cisneros Del Moral Foundation Grant from Sandra Cisneros and a writing residency at the National Hispanic Cultural Center. Amalia Ortiz is a self-proclaimed actor/writer/activist. She has written and performed in several plays including Carmen de la Calle and Otra Esa on the Public Transit. Her works are rhythmic and edgy challenging social political issues and often empowering females and la raza. This October she releases her first book Rant. Chant. Chisme.

Arturo Castañeda left Mercedes, Texas and his journey brought him to New York City. His fashion sense and creativity were discovered, eventually landing him a job as a concept designer for Ralph Lauren. Arturo went on to co-found Cielo Brands a personal styling and clothing company where he works with professional athletes and entertainers. He frequently visits the Rio Grande Valley to share his journey and inspire others to dream big.

Dalinda is an educator specializing in impacting communities through technology. While eJumcomm is working on empowering student leaders and families within the education system, her latest startup Border Kids Code acts as an enrichment program to empower student for the high tech world of tomorrow teaching them to code with after-school and summer programs.

A product of an ethnically diverse family with Latino roots, David Bowles has lived most of his life in the Río Grande Valley of South Texas. David Bowels is the director for the Bilingual program with Donna ISD & also a professor at The University of Texas Rio Grande Valley. He is the author of several books, including The Smoking Mirror, Border Lore, Shattering and Bricolage, The Seed, and Mexican Bestiary. He has considerable experience translating prose, poetry and scripts from Spanish to English (and vice versa) as well as from Classical Nahuatl. In 2014, the Texas Institute of Letters selected my Flower, Song, Dance: Aztec and Mayan Poetry as recipient of the Soeurette Dieh Fraser Award for Best Translation.

After the birth of her son Ben in 2011, Deborah was desperate to find some kind of community for children with Down syndrome and their parents. Her efforts lead to meeting with seven families that would go on to co-find the Rio Grande Valley Down Syndrome Association. They first met in March of 2012 and organized themselves as a preschool playgroup. Today the RGVDSA is thriving with over 200 families. Its community includes newborns to adults. Its mission is to build relationships, advocacy, and support for individuals with Down syndrome and their families.

By combining his love for astonishment with elements such as classic literature, film, modern day culture, and an innate sense of humor Fabian entertains audiences of the highest caliber with his own personal style of magic. He has performed for celebrities, CEO's, universities, politicians, America’s finest physicians and attorneys and is the only magician to have ever performed for a seated grand jury during their official courtroom proceedings in the state of Texas.

Francisco Guajardo is a founder of the Llano Grande Center. Started in the early ‘90s as an initiative to stretch student’s expectations on their own college success. The Center has evolved into an educational laboratory outside of the classroom. The Center has trained students, educators, and community development agents locally, nationally, and internationally on how to find, tell and use their story to achieve community change. Today Francisco continues his work with the Llano Grande Center and is a professor at the University of Texas Rio Grande Valley.

Mayra Garcia began her mariachi studies at the age of 12 in the La Joya ISD where she teaches now. In 2012 she formed Mariachi “Mariposas”, an all-female mariachi consisting of the best female mariachi musicians from the Rio Grande Valley. In 2014, Mariachi Mariposas won the Houston Livestock Show and Rodeo Mariachi Invitational “Best in Texas”. Mayra is currently the director for the award- winning Mariachi “Los Lobos” from Palmview High School in the La Joya Independent School District

Milton Gonzalez is a licensed leadership coach, motivational teacher, and part of the John Maxwell Team. He possesses a strong background in clinical psychology and education and helps corporate leaders become more effective in leading their organizations. He is also the Headmaster at Covenant Christian Academy, a local private Christian school. Milton is an ordained pastor and performs pastoral counseling. He is committed to developing leaders of excellence and integrity by providing the finest resources and training for personal and professional growth.

Norm Sands is a music educator, writer, blogger and an overall resources for music educators. He has over 20 educational music publications on the market and continue to write advice articles for music publications. Currently a contributing writer for Southwestern Musician. He is a music expert from creation to marketing including composing, arranging, recording, producing, and note-setting for print. He is currently an elementary Music teacher for La Joya ISD. This last school year Norm received the prized HEB Award for Excellence in Education and the Lifetime Achievement Award for Elementary Education.

A freelance writer, blogger and tourism professional, Nydia has been working in tourism for over twenty-four years. In 2014, Nydia took her passion for architecture and mid-century modern design to a new level when she founded RGVMOD.com. Through RGVMOD.com she works to provide resources to those looking to preserve our mid-century modern homes, building, hotels and schools.

RazorDave is a rock guitarist and founding member of the band Black Tora. With Black Tora, he has shared the bill with renowned acts such as Motley Crue, ZZ Top and Twisted Sister, to name a few, and is a seven-time Rocklahoma veteran, one of the largest rock festivals in the United States. In addition to his duties in Black Tora, RazorDave has toured overseas with Latin Grammy artist Elida Reyna. Black Tora’s debut album has seen distribution in Japan through international label Spiritual Beast and continues to receive rave reviews through music publications and social media.

Rossy Evelin Lima describes herself as an immigrant writer. She is an award winning author. She has been published in numerous literary articles, journals, magazines and anthologies in Canada, United States, Mexico, Spain, Venezuela and Argentina. She received the Gabriela Mistral Award in 2010 by the National Hispanic Honor Society as well as an Honorary Mention by the International Latino Book Awards 2014 for best Spanish Poetry Book. Her poetry book Ecos de Barro was published by Otras Voces Publishing (2013).

Sam Garcia is an architect by profession who has spent over a decade as a writer, community leader, and big-picture-idea-guy for South Texas. Sam is the founder and Principal of McAllen-based Sam Garcia Architect. The firm is a studio/think-tank that seeks to urbanize McAllen into a city of high-density, mixed use, pedestrian dominated hotspots - thereby attracting high caliber jobs, culture, and opportunities to deep South Texas. Locally, Sam has helped lead several organizations, serving as the past President of Futuro McAllen, Co-chair of Leadership McAllen Class 33, and as the Texas Young Architect Regional Director for the American Institute of Architects. Currently he is on several boards including the Big Brothers Big Sisters of South Texas RGV. Sam has been fortunate to work on projects with amazing and talented people from all over the world - from the rural highlands of Guatemala, to the bustling metropolises of Boston, San Francisco, and Madrid.

Journalism is something that runs in Sergio Chapa's blood.His father was a television photographer and reporter in the Rio Grande Valley.Sergio followed in his father's footsteps working in newspapers and television in the Valley, Dallas and currently in San Antonio. His award-winning work on both sides of the border brought international attention to the drug war in Mexico. Sergio Chapa started his career with various media outlets such as The Valley Morning Star, The Brownsville Herald and KGBT-TV Channel 4. Today he is a reporter for the San Antonio Business Journal. Sergio has won a Texas AP Broadcasting Award for his pieces entitled “Mass Graves Near San Fernando” and “Valley Criminals on Death Row”.

Seventeen years ago Tom Torkelson and JoAnn Gama began what would become IDEA Public Schools as an after school program at Donna ISD. In 2017 IDEA Public Schools is planning to expand to over 60 schools including elementary, middle and high schools. IDEA has school all over the Rio Grande Valley, Austin and San Antonio. It boast the fact that every high school senior they have graduated has been accepted into a college or university. Tom and IDEA Public Schools have been featured in US News and World Report Best High Schools and The Washington Post 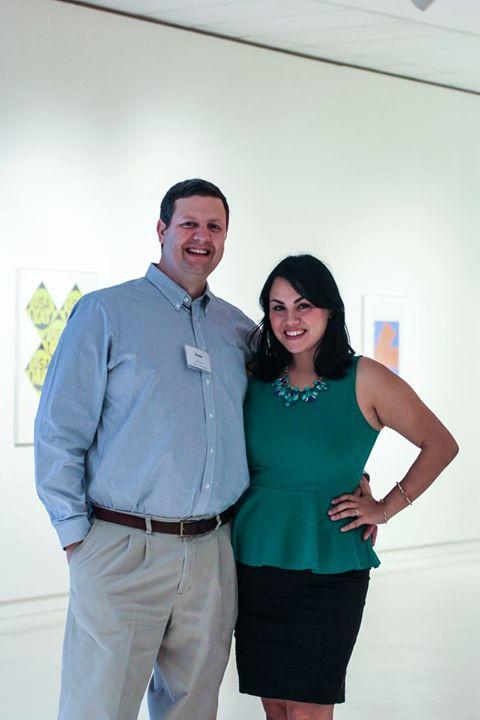