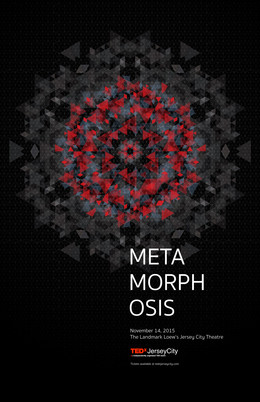 As TEDxJerseyCity closed the curtains on last year's conference, Brave New World, and the blanket of winter brought a time of regenerative slumber onto our coast, we prepared ourselves for new seasons of explosive growth. Since 2014, Jersey City has undergone drastic change. New condos, new restaurants, and new businesses have bloomed in every neighborhood. New faces call our city home. New murals color the streets, new songs fill the air, and tonight, new Ideas Worth Spreading will be heard.

Like its hometown, TEDxJerseyCity is undergoing a continuing Metamorphosis. While the young organization ran into bumps its first two years, it has grown stronger from these trials and is ready to proudly emerge from its chrysalis, looking forward to the rest of the formative journey to come.

Angus Vail is a rock music business manager, who developed an annoyingly expensive Shakespeare addiction in his 20's, and from a desire to make the arts cheap and available for anyone, built the "ArtBloc" performance and art space from repurposed shipping containers.

Avi Telyas is an American real estate developer, serial entrepreneur and pioneer in lean manufacturing and large scale modular construction. His passion for architecture and craft entrepreneurship has led him to found the organization called Makerhoods, an organization which advocates for urban land use policies that foster self-employment and self-sufficiency through affordable working and living space for low income urban entrepreneurs. Mr. Telyas is a 1986 graduate of the Harvard Business School and a former trustee of Pratt Institute.

Jennifer N. Coombs is a stock analyst by day, and an artist by night with a passion for guiding individuals on making wise investment decisions. After nearly a decade of experience in the financial world, Jennifer is currently an economic contributor for The Street and Seeking Alpha, and recently founded her own firm, GradMoney, which develops education programs for investing strategies specifically for young adults and novice investors.

Professor of Philosophy and Author

Jody Azzouni is currently professor of philosophy at Tufts University. He's published many articles and several books in philosophy, most recently, "Semantic Perception: How the illusion of a common language arises and persists." He also publishes short stories and poems regularly in literary magazines such as Alaska Quarterly Review, The Literary Review, and many others.

Anthony Bourdain has described Justin Fornal as “a showman, iconoclast, explorer and gourmet.”, while John Waters described his style as “postmodern Little Richard.” Since traveling to Vietnam as a young man to seek out and document the world’s rarest condiment, ca coung (the thoracic exudate of the giant water bug), Fornal has been on an impassioned explorer’s journey to uncover, experience, and share the world’s vanishing cultural traditions. Whether being buried alive in a Haitian Vodou ritual, attending an arms market qat chew in Yemen, or transcribing the contents of sacred jini oil in Zanzibar Fornal lives his research 24/7. 5 years ago he created the Annual Bronx Small Game Dinner which introduces guests to indigenous protein sources

Leonard Mlodinow is an award winning author and physicist holding a PhD in theoretical physics from UC/Berkeley. Mlodinow is the author of 9 books, five of them bestsellers: The Drunkard's Walk: How Randomness Rules out Lives, Subliminal: How our Unconscious Mind Rules our Behavior, The Grand Design and A Briefer History of Time both co-authored by Stephan Hawking, and War of the Worldviews written with Deepak Chopra. He also wrote for numerous television series, including Star Trek: The Next Generation and MacGyver.

Maggie created the BlinkNow Foundation to sustain, grow and support Kopila Valley Children’s Home and School in Nepal, and to serve as a vehicle to share her ideas with young people, especially those in the U.S. Maggie believes that in the blink of an eye, we can all make a difference. At age 19, Maggie used her life savings to build a home for orphaned children in war-ravaged Nepal. Today, she is mom to over 50 children. In 2010, she opened a school for the region’s most impoverished children. The school now serves 350 students and is rated top in the region. In 2013 a Women's Center was added to provide vocational skills and opportunities to community members.

Mason is a Director/Producer/Professor based out of Jersey City, NJ. He is the Main Stage and Youth Theatre Director at Art House Productions, Drama Director at Saint Peter's University, and an Adjunct Professor at The New School for Drama where he received his MFA in Directing.

Meagan Woods graduated with a BFA in dance from Rutgers University, earning the Margery Turner Award for choreography. She has performed professionally with Liz Lerman, Sarah Skaggs, Orit Ben-Shitrit, SHUA Group and Insurgo Stage Project. Meagan Woods & Company has presented original work at NJPAC, Ailey Citigroup Theater, Grounds for Sculpture, George Street Playhouse, Crossroads Theater, Scheide Hall, and The Historical Loew's Theater. Meagan is the originator of Dance Within the Art at the Zimmerli Art Museum, and frequently serves as a choreographer and lecturer for the museum. She is choreographer for the musical theater program STAGES! at Art House Productions. Meagan choreographs, costume designs, and guest lecturers for Rutgers University and choreographs for St. Peter's University. meaganwoodsandcompany.com

Molly Galbraith graduated with a BFA in Dance from Mason Gross School of the Arts with a Dance Works Scholarship. She has toured with the Radio City Christmas Spectacular show in Phoenix, Arizona and Branson, Missouri and then went on to attend the Academy for Visual and Performing Arts where she studied dance, theater arts, and multimedia. Miss Galbraith has interned with Randy James and has worked with choreographers Christian von Howard, Reagan Wood, Danielle Agami from Batsheva, Banu Ogan from Merce Cunningham, and Benoit-Swan Pouffer from Cedar Lake Contemporary Ballet. Molly has shown work at several NJ venues including the Outlet Dance Project and the Rutgers Alumni Concert.

Nathaniel Adams is a writer and menswear designer living in downtown Jersey City. He is the co-author, with photographer Rose Callahan, of I am Dandy: The Return of the Elegant Gentleman, and the co-founder, with Dr. Lee-Jon Ball, of the Secret Empire custom suiting firm. An expert on the topic of dandyism, Nathaniel has spoken at New York University, the Fashion Institute of Technology, Pratt Institute, the National Arts Club, and Disneyland. His has written for The New York Times, Harper’s Bazaar, Men’s Journal, The Rake, and The Chap, and is currently writing a biography of 19th-Century champagne magnate Charles Heidsieck as well as a second volume of I am Dandy.

Quanda Johnson is a Fulbright Scholar and a Dean's Graduate Scholar at New York University's Gallatin School for Individualized Study. A performer from Broadway to grand opera, she seeks ways to utilize performance to disrupt and consequently alter entrenched, cyclical conversations concerning Blackness and the African Diaspora.

Robert Mark Burke is a dancer, choreographer and teaching artist. Robert has shown his work throughout the United States including the wild project, Dixon Place, Paramount Theater (Boston), Hofstra University, Rutgers University, Rider University, and Dance New Amsterdam. Robert is on faculty at the Rutgers High School Musical Theatre Academy and has been Guest Teaching Artist at the Atlantic Theatre School (New York, NY), as well as many high schools throughout the tri-state area. He graduated cum laude with a BFA in Dance from Mason Gross School of the Arts, Rutgers University in 2013, following a year-long tour with the North American production of "Cats."

Shayfer James is an internationally touring songwriter and performer whose music has been dubbed "New & Noteworthy" by iTunes. Shayfer is currently living in Jersey City and is the creator of a local collaborative arts project called "March of Crows". Learn more, listen, and watch at www.shayferjames.com.

Vicki L. Meloney is an award winning graphic designer and full-time Professor at Kutztown University in Pennsylvania. She received her MFA from Temple University and has worked in the greater Philadelphia area for more than a decade before becoming a tenured Faculty member. In addition to teaching, Vicki owns and operates a freelance design business where she focuses her enthusiasm and design skills on the development of creative visual communications for local non-profits, small start-ups and the community at large.

William Cusick has written and directed two feature films, both highly stylized combinations of live action and animation: Pop Meets the Void, and Welcome to Nowhere (Bullet Hole Road). Cusick’s video projection designs for theater, music and dance have been featured in productions around the world, on Broadway and as representative of American Theater Design in the 2011 Prague Quadrennial. Cusick received the 2007 Henry Hewes Design Award for Projection Design for The Coast of Utopia on Broadway at Lincoln Center Theater. Cusick is on faculty at The New School in New York City where he teaches creative technologies and filmmaking at the School of Drama.

Willie Earley is a physician with over 25 years of clinical and research experience in psychiatry. He is originally from Chicago, but now resides in Pennsylvania and New Jersey. 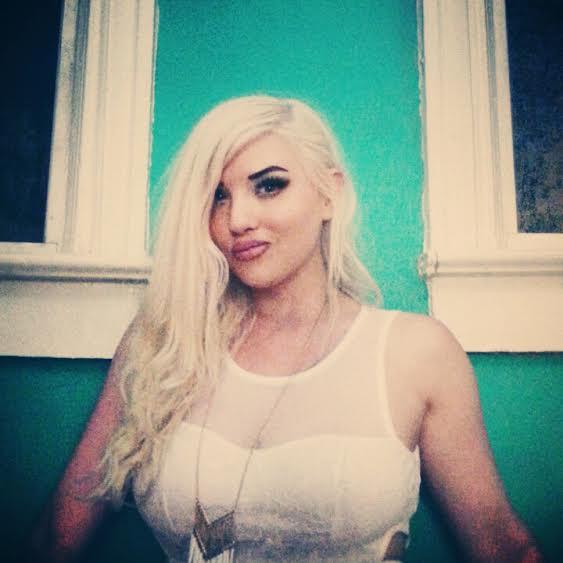 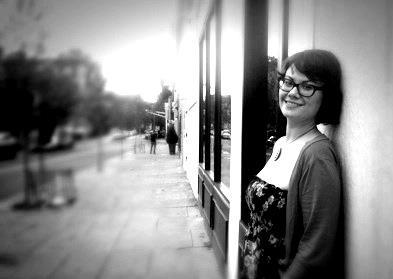