Theme: Every Dream Needs An Action

TEDx Alexandroupolis’s premiere is on 13th February 2016 aiming to rock the boat of local reality and make its presence in the map of TEDx events loud and clear. From the easternmost edge of the European Union, TEDx Alexandroupolis expects through the participation of distinguished personalities and everyday people from the fields of art, culture, entrepreneurship, volunteering, education and technology to introduce and "graft "the local community in the spirit of the magic world of TEDx.

TEDx Alexandroupolis is going to combine the expertise and the experience of the Greek and foreign TEDxers with the enthusiasm, the anticipation and the thirst that characterizes the organizational team. This group of people consists of restless people from all the aspects of professional and social life, all of them having in common their passion and belief in innovation, leadership and dynamic ideas. The main objective is firstly to offer a powerful and also unique experience in the framework and spirit of the TEDx events, where organizers, speakers, public and all stakeholders will all help to ensure that TEDx Alexandroupolis will become an institution in the global TEDx map and secondly to demonstrate that ideas worth spreading are even born in the most remote and less privileged parts of the world.

He was born in Thessaloniki although he calls himself a citizen of the world. He travelled a lot since I was young. He always loved cars, motorcycles, adventure sports, writing and photography. He has driven and raced the best cars and bikes as well as he has flown on helicopters for radio reports. He is lucky to have met and interviewed inspiring people – astronauts, F1 drivers, car designers and olympic medalists. He fulfilled his ultimate dream, to travel around the world with his wife in a Land Rover. Now he is back in Europe with his wife Vula and their daughter Anastasia having all settled in Emilia Romagna, Italy, the Mecca of super cars, Lambrusco wine and parmesan cheese. Currently he works on a new book, writes articles for several media around the world, works as a photographer in car racing and is a consultant of Maserati press office.

Anna Papagiannaki is a historical musicologist, a music educator and a vocal performer. Born in Komotini,Greece in 1985, she studied Piano Performance, Vocal Studies and Music Theory at the Municipal Conservatory and Cultural Centre of Thrace (Komotini,Gr), the Faethon Conservatory (Alexandroupolis,Gr) and the Sychronon Conservatory of Thessaloniki.She graduated from the Aristotle University of Thessaloniki, School of Fine Arts, Department of Music Studies with a Distinction in Historical Musicology (BA,MA), specializing in the vocal music of the Renaissance. She furthers developed her performance and musicological studies at the University of York, UK studying Historically Informed Singing Performance with Prof.Peter Seymour.As a mezzo soprano she has collaborated with composers, festivals, vocal and orchestral ensembles in Greece, UK and Hungary.She is a Royal Association of Musicology(UK) and Hellenic Musicological Society member collaborating with the Ethnological Museum of Thrace.

Elias Koumpounis was born in Ilioupoli, Athens. He is a graduate of Journalism Professional Training Institution in Editors-Reporters section. He has worked for several years in the publishing industry as a journalist, advertising producer and event organizer. From 2009 to 2012 he was the editor of Vivere, a cosmetic, beauty and health magazine. His ten-year involvement with psychology, personal development and self-improvement through individual sessions of Psychotherapy, Psychoanalysis and Systemic Constellation provided the impetus for a change in his professional career. He was trained in Life Coaching and Neuro-Linguistic Programming (NLP) and continued his apprenticeship in Theatrical Improvisation. In October 2013 he was certified as Laughter Yoga Team Coordinator and in July 2015 he successfully completed the course as a Certified Laughter Yoga Teacher II and Laughter Wellness Teacher III.

Fiori is an academic and a social entrepreneur; holds an award winning PHD on Social Enterprises, Partnerships & Scaling from Brunel Business School (BBS), UK. Is now a Post-Doctorate Researcher on Social Investment Market for Social Entrepreneurship at Athens University of Economics & Business (AUEB) where is Lecturing Social Entrepreneurship; MBA BBS; BSc in Ec. AUEB. Actively involved in business incubators and the start-up entrepreneurship ecosystem in Greece. Co-Founder & CEO of SOFFA.gr– Social Fashion Factory; Board Member of Fashion Revolution in Greece. Co-founder & President of The Nest.org.gr Incubator, Social Growth Accelerator & has designed The Diploma of Social Entrepreneurship at City Unity College. Founded her first company Zita Social in London in 2003. Fiori designed n’ leads the EU funded programme for the incubation of “Social & Sustainable Fashion Entrepreneurs” in 5 EU countries. Her research is being published in conferences, journals and books around the globe.

Katerina Chatzaki is a Professor in the Department of Medicine at the Democritus University of Thrace specializing in Pharmacology.Starting from Crete, she traveled through biology with stops in Athens, London, Edinburgh and San Diego in California, where she worked in academic areas and in the industry.She studied how the mind communicates with and affects the body, aiming in innovative interventions for health, mental and physical improvement.Thus, her 20 years of scientific involvement with the neurobiology of stress, has unfolded the scope of its pleiotropic actions and the potential for the beneficial use of this knowledge.In recent years, with her research group at the Democritus University of Thrace, she has turned her interest in the study of epigenetic mechanisms in health and disease and the development of relevant applications.Her work enjoys international recognition, with many publications in scientific journals/books, and frequent references in the world literature 1000.

Maria Leventi is a psychiatrist – psychotherapist. During her Master’s in Art Therapy through history of art, she met the world of symbols and their archetypal value. In combination with the study of ancient Greek literature and comparative religious studies she found that the basis of universal archetypal symbols has mathematical structure and that geometrical shapes include a particular form of intelligence that can be used to upgrade our skills and ultimately all human software. In 2008 she established together with her husband Ioannis Karlaouzos, the first Greek enlargement method of perception that she teaches in a group or individually. She published her first book entitled “Fantasy the Great Diva” which is essentially a manual of the method. She has been recognized and honored for her contribution to science both in Greece and internationally. Her vision is to help people develop their skills in order to become happier.

Natasa Athanasopolou was born in Athens in 1965. She received her B.A( Hon) from the American College of Greece, and her M.Sc. from the University of Strathclyde, Glasgow, Scotland. Since 1991 as an invited lecturer she has worked for three years at the Save the Children Foundation, Scotland, organizing support groups for parent and children and providing counseling related to child care services. At the same time she was employed by Clydebank College, Glasgow as an invited lecturer to deliver training courses to child care workers focusing on quality in child care. From Sept 1994 until June 2001 she worked at the Family Care Center, Municipality of Athens, delivering training courses in EEC programs, NOW Programs, offering opportunities for young and unemployed people emphasizing “Interpersonal skills”. Since 1995 until today she is working at a private school in Athens , Greece, as a Head of the Psychology Department in the International Baccalaureate Programme (ΙΒ DP).

Petros Soukoulias is a graduate of the Military Academy, of the Programming Department in the Greek Center of Productivity and holds a MSc in Computer Science from the University of Essex in England.In the decade 1987-1997 he has strongly involved in the design and implementation of national and multinational IT projects in the Greek Army and in 1992 suggests the operational use of IT, while in the period 1992-1995 is a national representative of Greece in NATO in Informatics(WG-29).He is co-founder of Prisma Electronics SA, where he served as General Manager in the period 1997-2011, with significant involvement in national and European developmental and research projects in Electronics and Information Technology.Since 2012 is the head of the Scientific/Advisory Board of the company and plans its strategy while coordinating corporate involvement in large-scale international research and construction projects with CERN, the European Space Agency and European partners in the Horizon2020.

An ex-Indian Marine’s officer with 22 years of service, Satya is an extreme mountaineer with over 38 years of adventure career. He is the only person in the world to have successfully led expeditions to the three poles – Mt Everest, North and South Poles. Satya has climbed the highest peaks of all seven continents, including multiple Everest summits, and over 350 peaks worldwide across all major mountain ranges.“A globetrotting thrill seeker and a die-hard adrenaline junkie”, as he describes himself, Satya became a lover of mountains when, at the age of ten, he stepped on his first Himalayan Glacier and felt that the mountains would become his home, his friends and family. Some of Satya’s major adventures include circumnavigation in a sailboat, walking the length of Africa from Tunisia to South Africa, traversing the Silk Route from Mongolia to Istanbul, and skiing across the Greenland icecap. Satya is also a TED Fellow and has published books on climbing and fiction.

Dr. Kalogerakis was born in Crete in 1957. He received his B.Sc., M.Sc. & Ph.D. from Strathclyde University, Scotland. Since 1982 has worked in a number of managerial positions for national & multinational companies in the UK, the M.East, Greece and Cyprus. As a frequent keynote speaker in various national and international conferences and as a visiting Professor to various British & Greek Universities, he has given numerous lectures and seminars internationally emphasizing the anthropocentric approach to sustainable corporate development. Since 1993 he has lectured regularly at the Hellenic Management Association on People skills, empowerment, motivation and personal skills development. The programs offered, cover many aspects of soft skill personal development, from Leading with Emotional Intelligence to Ethics and Culture Change. He has given numerous Management Skills Development seminars in 4 continents. 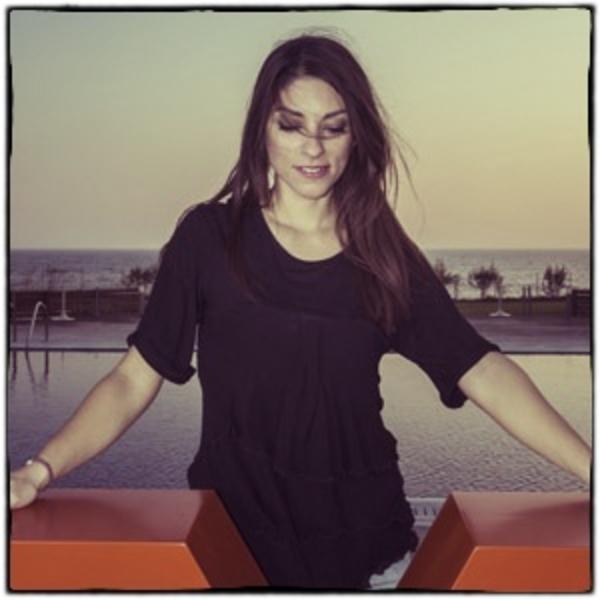