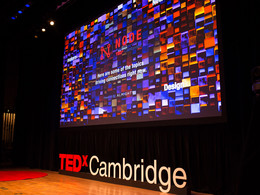 TEDxCambridge is a unique evening event experience and technology exhibition that draws from the remarkable wealth of innovation, creativity, and inspiration found within Cambridge and beyond. TEDxCambridge features 1,100 guests, 35 exhibitors, and seven speakers.

Dr. Bernat Olle is a co-founder and COO of Vedanta Biosciences, a Boston-based biotechnology company developing a novel class of therapeutics that modulate the human microbiome, which is the community of trillions of microbes that live inside and on us, for the treatment of immune and infectious diseases. He has been named “Innovator of the Year” in Spain by the MIT Technology Review “Innovators under 35″ awards. He completed his doctoral work at the Chemical Engineering Department at MIT with Drs. Danny Wang and Alan Hatton, where he co-developed novel methods for large scale culture of bacteria. During his graduate work, Dr. Olle was awarded the “la Caixa” fellowship by the King of Spain. He received his B.Eng. from Universitat Rovira i Virgili, Spain, his M.S. and PhD from MIT, and his MBA from the MIT Sloan School of Management. He has authored several research and review articles, including publications in Nature and Nature Biotechnology.

From the Dominican Republic, by way of New York City, mezzo-soprano Gina Razón is recognized for her versatility, physicality, and the rich warmth of her instrument. In addition to being a performing artist and instructor of voice, she is the Executive Director of Operaverse, a pop-up opera initiative and a Co-Managing diva for Opera on Tap – Boston. Ms. Razón has taught voice for sixteen years currently from her home studio in Boston. She is also sought after as an acting and performance coach. She is a full member of the National Association of Teachers of Singing. Ms. Razón holds a Bachelor of Music from the University of Colorado at Boulder and a Master of Music from the University of Denver, both in voice performance.

Hasier Larrea is an engineer and designer at the MIT Media Lab. He holds a Bachelors and Masters Degree in Mechanical Engineering. Hasier leads the Architectural Robotics research area at the Media Lab, which focuses on creating a new generation of hyper efficient and responsive urban spaces. His team is developing the robotic tools that allow traditional architectural and furniture elements to transform and intelligently connect to the world around us. His work on the CityHome and CityOffice has been featured in The New York Times, Time, Fast Company, Wired, and TechCrunch among others. His creative and entrepreneurial interests help translate the Lab’s envisioning, inventing, and designing approach into manifesting the ideal smart city from researchers’ minds to the streets of tomorrow.

Kayla Montgomery was an avid soccer player as a child, but at the age of fifteen was diagnosed with Multiple Sclerosis, commonly called MS. In spite of the condition, Kayla continued to run competitively for her high school’s cross country team. Initially she was an average runner that showed little promise, but with perseverance and dedication, Montgomery was able to become one of the best distance runners in North Carolina state history, winning three state titles and the 2013 North Carolina Gatorade runner of the year following an undefeated cross country season during her senior year. Kayla Montgomery’s success as an athlete battling Multiple Sclerosis has gained her national attention allowing her to build a platform to help raise awareness for MS. She has been featured on the Today Show, the New York Times, and ESPN E:60 among others.

Dr. Polina Anikeeva is an assistant professor of Materials Science and Engineering at MIT and a principle investigator of the Bioelectronics group. Her research lies in the field of neuroprosthetics and brain-machine interfaces. Together with her group she explores optoelectronic, fiber-based and magnetic approaches to minimally invasive neural interrogation. Her group was first to demonstrate multifunctional flexible fibers for simultaneous optical stimulation, electrical recording and drug delivery in the brain and spinal cord, as well as magnetic nanomaterials for wireless magnetic deep brain stimulation. Her work at the interface of materials science and neurobiology earned a number of junior faculty awards including NSF CAREER and DARPA Young Faculty Award and was recently featured across popular press. She received her doctoral degree in Materials Science from MIT.

Dr. Sebastian Wernicke leads the strategy and growth of Seven Bridges Genomics, a Cambridge-based startup that builds platforms for genetic analysis. He has a Ph.D. In Bioinformatics from the university of Jena, Germany, where he developed advanced tools and algorithms for analyzing complex network structures. After completing his studies, he worked as a management consultant for several Fortune 500 companies and was one of the first instructors of the online university Udacity with over 22,000 students (and counting). Sebastian is the author of two statistically authoritative and yet completely ridiculous TED Talks that have been seen almost 2.5 million times and was also an invited speaker at TED’s annual conference in 2012.

Sep Kamvar is an associate professor of Media Arts and Sciences at MIT and the Director of the Social Computing Group at the MIT Media Lab. Prior to MIT, Sep led the personalization team at Google and was a consulting professor of Computational and Mathematical Engineering at Stanford University. Prior to that, he was founder and CEO of Kaltix, a personalized search company that was acquired by Google in 2003. Sep is the author of two books and over 40 technical publications in the fields of search and social computing. His artwork has been exhibited at the Museum of Modern Art in New York, the Victoria and Albert Musem in London, and the National Museum of Contemporary Art in Athens. Sep received his Ph.D. in Scientific Computing and Computational Mathematics from Stanford University and his A.B. in Chemistry from Princeton University. 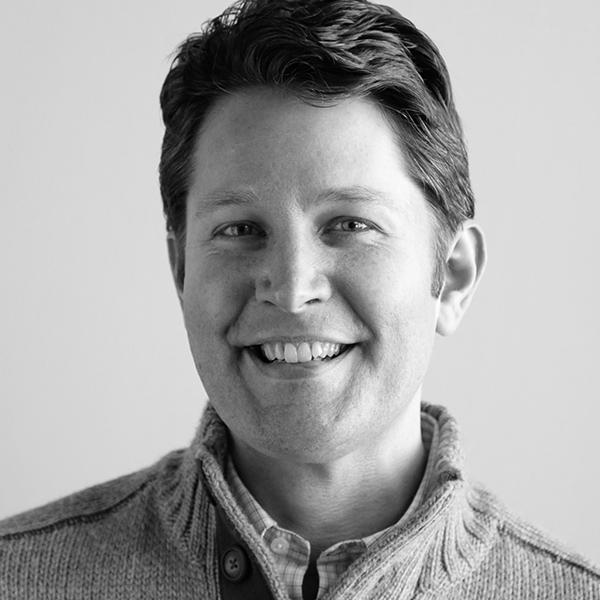