A single-celled bacteria is as much an “organism” as a multi-celled human being or a forest tree. A 35-storied structure built by humans is as much a building as an anthill by ants. You get the feeling that nature tends towards complexity, and that complexity is its way of hiding away valuable information for the future to unravel. The complex irony however is that sometimes, the most profound insights lie in simplicity.

Complexity has is advantages, its reasons, its nuances, its ramifications, its dimensions and its negatives. It has come to stay with us as humans however - take the complex motor car that evolved from the “simple” unicycle, for example. It can only be expected to get much complex as we tend towards driverless cars that move on renewable energy. Contrast it to Nigeria’s problems however. Wouldn’t it be easier if we were able to simplify Nigeria’s problems to solve it? Or is the key to solving Nigeria’s problems embedded in its complexity?

So we are left with seemingly existential questions. Should complexity be simplified? Can it be understood? Should it be ignored? Should we allow only those that can, deal with it? TEDxPortHarcourt will attempt to discuss complexity in all fields of human endeavor this year, and see if we can unravel nature’s mysteries, or at least, better appreciate it.

Head of Innovation, A2 Creative

Adaora Mbelu-Dania is a creative Industrialist who is passionate about fleshing out ideas, building dreams, and launching projects that solve problems and inspire social innovation. She is currently the Head of Innovation at A2 Creative, a Strategy and Brand Development Company with a diverse portfolio, which was responsible for the experiential launch of Guinness Africa Special across Nigeria. Somewhat of a serial entrepreneur, she has valuable experience in Brand Development, Business Strategy, Media Production, Content Creation and General Business Management. Born into a diverse family background, a Nigerian father and a Sri Lankan mother, she considers herself a world citizen. She attended Northern Kentucky University, USA, where she studied Economics and Entrepreneurship, and was drafted into the National Honors Scholars Society as well as the Entrepreneurship Institute Honors Committee.

Adetayo Bamiduro is the Cofounder and CEO of Metro Africa Xpress (MAX) - a hyper-local logistics platform that provides proprietary mobile applications to consumers and retail businesses, and leverages a network of independent drivers to deliver orders to customers at the last-mile within minutes to hours. He graduated top 2% in Computer Science at the University of Ibadan and earned an MBA from Massachusetts Institute of Technology and London Business School and before founding MAX, worked as a Software Developer, Product Manager and Management Consultant across 4 continents for global companies such as PwC, Nigeria Liquefied Natural Gas and Dalberg. He was awarded the MIT Legatum and MasterCard Foundation Fellowships to develop MAX during his MBA program and after graduating in the summer of 2015, launched MAX with Chinedu - his Cofounder from MIT, and immediately achieved remarkable success.

With over 15 years of experience in the broadcasting business, Aduratomi Bolade started out as a radio Disc Jockey and moved on to full-time presentation, which he did for 8 years before he became a pioneer member of the now defunct NN24. He worked as a TV reporter and producer and in 2011, was appointed the Head of Stations Cool FM & Wazobia FM, Port Harcourt. Nigeria Info and Wazobia Max TV were added to the bouquet of stations in 2012 and 2016 respectively and with his wealth of experience and exceptional leadership skills, he steered the radio stations to become the top 3 most listened to radio stations in Rivers State. He holds a National Diploma in Mass Communication from the Moshood Abiola Polytechnic, Ogun State and a Bachelors degree in English & Literary Studies from the University of Lagos. He is a member of professional organizations including the Advertising Practitioners Council of Nigeria (APCON) and Nigeria Institute of Public Relations (NIPR).

Chidozie Akakuru is a creative who is passionate about the roles business and technology can play in improving the Nigerian society. He also has interests in management and organizational culture. Bagging a First Class Honours in Chemical Engineering from the University of Port Harcourt, he represented the University in the Pan-African Universities Debate Championship (PAUDC) in 2013. He also served as Editor-in-Chief of The Reactor, the flagship magazine of the students’ branch of the Nigerian Society of Chemical Engineers (NSChE) in 2015. Chidozie’s desire to understand the underlying nature of man and the fault lines that exist in our humanity led him to writing, thus, the bulk of his essays are rooted in exploring the psychology of everyday actions as well as the unseen forces that drive our decisions. When inspired, he also writes short stories and poems, which can be found on Ijéebi, a lifestyle blog that he co-founded.

Chinelo Meg Egbunonu is an Associate with Aluko & Oyebode. Her practice areas include Corporate Governance, Corporate Financing, Commercial Litigation/Dispute Resolution and Intellectual Property. After university and law school, she also graduated as a member of the Institute of Chartered Secretaries and Administrators of the United Kingdom and Nigeria in 2010 and in 2012, was awarded double scholarships by both the Schulich School of Law, and the Faculty of Graduate Studies of Dalhousie University Canada for a Masters Degree in Business Law. Member of the Abuja branch of the International Federation of Female Lawyers (FIDA), Chinelo is also involved in Action against Child Sexual Abuse Initiative (ACSAI), which is an upcoming non-governmental organisation, raising awareness on the need for the protection of children in Nigeria from Sexual Abuse.

Deinbofa Ere is a filmmaker and writer. Outside of film making and writing, his varied interests include Philosophy, the Environment, Food and Gender issues and he is currently working on a project on mitigating violence against women and children in Bayelsa State. He lives in London and the Niger Delta.

A Nigerian novelist and short story writer, was born in 1976. His last novel, Fine Boys, which chronicles the voices of Nigeria’s post-Biafra generation, was published in 2012 by Farafina. Eghosa has worked as a doctor, having studied medicine at the University of Benin and also as a banker, business manager and publisher. He works for the Book Buzz Foundation, organisers of the annual Ake Arts and Book Festival and is the co-founder of Ouida Limited, a Nigerian publishing and media firm based in Lagos. He currently lives in Lagos with his wife and twin sons.

A deliberate Change Agent and technocrat committed to international best practices who has in three decades traversed the Real, Banking and Public Sectors of the Nigerian Economy, Eugene Irefa Abels was born, bred and schooled in Port Harcourt, Rivers State, Nigeria. He hails from two oil producing Communities, Nembe and Finima and believes that they are a microcosm of the Niger Delta Region. An exponent of the need to exorcise our Colonial past from the souls of our public servants and elected officials, he believes the art of governance has been reduced to the single person pronoun ‘I’ whereas ‘we the people’ holds no relevance. An advocate for the Public good, he has engaged in mobilization of blood donors for blood banks, creation of a continental team from street basketball, campaigns against kidnaping, elevation of the reggae genre to become elitist, inclusive & evangelical and has celebrated people and his city, Port Harcourt, at his expense for over a decade.

Born in Kano State, Nigeria, Dr. Adeoye Joshua Biodun is a Dentist and a Public Health Specialist whose drive is to solve complex problems that matter. He considers himself a citizen of the world, and is a proud pan-Nigerian having visited every Nigerian State. His undergraduate Dental education was at the Obafemi Awolowo University, Ile-Ife, where he found expression in all kinds of extracurricular activities and enjoyed multiple scholarships and awards for outstanding academic excellence.Currently, Joshua is involved in cutting-edge research and implementation projects at the Aminu Kano Teaching Hospital and the Bayero University, Kano. His research includes teasing out the entanglements between the effects of cost and proximity in the utilization of healthcare; answering questions relating to Nigeria’s oral health policy; and finding effective ways of educating students to foster life-long learning.

"Kọ́lá Túboọ̀sún (born Kolawole Olugbemiro Olatubosun) is a Nigerian writer, linguist, editor, and teacher. He was born in Ìbàdàn and raised in a family of six. He has an MA in Linguistics/TESL from Southern Illinois University Edwardsville (2012) and a BA in Linguistics from the University of Ibadan. His work spans the fields of education, technology, literature, journalism, and linguistics. He is a Fulbright Fellow (Southern Illinois University Edwardsville, 2009) and the first African recipient of the Premio Ostana Special Prize for Mother Tongue Literature 2016. He has written in Yorùbá and English, and translates between both languages. Tubosun has a travel blog on which he has written reviews, opinion pieces, and essays on language, teaching, creative writing, travel, and culture. But he has also used it to feature issues of journalistic interest pursued with vigour and dedication. For this, he was nominated for the CNN African Journalists Award (2015).

Nigerian-born Lindsey Abudei is a performing and recording artist. A graduate of Law from the University of Jos, she worked for about a year with Chocolate City, after which she got on the Project Fame West Africa train. A short while after that, she released three singles within a year and in 2013, released her first EP, Brown. That same year, she got into the Radio France Internationale (RFI) Prix Decouvertes as one of the twelve African finalists, taking third place after those from Burkina Faso and Madagascar. In the last few years, besides having live sessions for Brown, she has participated in campaigns: Know Your Genotype for the Sickle Cell Aid Foundation and White Concert For Cancer for the Medicaid Cancer Foundation and opened for the French Nicolas Folmer Quartet during their Nigerian tour. She recently released her debut album, ‘...And The Bass Is Queen’ on major digital platforms (iTunes, Spotify, Tidal, Amazon, Deezer etc) and is now working on a tour for the album.

Okwukwe Ifediora is young, multi talented, gifted and versed in literary and lyrical forms and flows of creative arts and expression. A graduate of Psychology from the Covenant University, Nigeria, Okwukwe is fascinated by human thought, process and behavior. 'Kwiksie' as she is fondly called, is a prolific writer and her blog - Spot the Difference - is replete with short stories, poetry and spoken word pieces. Her songs are accessible on SoundCloud and noistrade.com. Mimicry, modeling and acting are other art forms she enjoys and her personal interests and passion peak on songwriting, music, nature photography, counseling and children. An emerging interest, Kwiksie has performed spoken word pieces on various art platforms nationwide and raptured entire audiences with her songs.

Ikechukwu Eric Ahiauzu, known professionally as Ric Hassani, is a Nigerian born Pop-African singer and songwriter. He graduated from Covenant University in 2009 during which he performed on stage as ‘Rico Slim’ and was well-known for the song titled ‘Tomorrow’. He attended the University of Surrey in England to study Energy Economics and policy at Masters Degree level. After graduating in 2013, he relocated to Nigeria to pursue his music career full-time, moving between Port-Harcourt and Lagos. In 2012, Ric released his first single called 'Dance Dance Baby Dance' after which he released a follow up single titled 'Double Double' which was produced by renowned music producer, Dj Coublon. In September 2015, he became the first Nigerian Artist to headline the Lake of Stars Festival in Lilongwe Malawi, alongside Uhuru and Toya Delazy.Ric Hassani just returned from his tour in Malawi, where he performed at Blantyre, Lilongwe and Mzuzu,continuously using his music to inspire social change 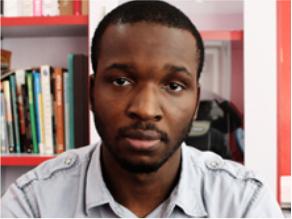