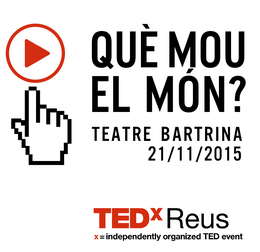 Albert Medrán, born in Sabadell in 1984, holds a BA in Political Studies and a Masters in Marketing and Political Communication. He is the current Director of the Spanish Communication Department of change.org and was one of the first members of the online Communication Department from Llorente and Cuenca. In June 2007 he launched his own blog about political communication which was awarded the Premi Blogs Catalunya, in 2008. Medrán also collaborates occasionally in La Vanguardia, one of Catalonia's leading daily newspapers.

Bruno Kaufmann va was born in Switzerland in 1965. He studied Political Science, Eastern Europe History and Nordic Languages. Kaufmann has also a post graduate degree on Conflict Development from the University of Göteborg and a PhD on Transnational and Global Democracy from the Universities of Cambdrige and Hawaii. After some time working with the NGO "Berne Declaration", he became the coordinator of a network of European citizens preparing a "transnational constitution on democratic rights". Ten years later he was appointed the first director of the "Initiative & Referendum Institute Europe." Kaufmann is very active internationally, holding the positions of co-founder and co-chairman of the "Global Forum on Modern Direct Democracy." He is also the editor in chief of the initiative “people2power.info”

Daniel Innerarity is a Professor of Social and Political Philosophy, Ikerbasque researcher at Basque Country University and head manager of the Institut de Governança Democràtica. Guess lecturer in many European and American universities, recently at the Sorbone University (Paris) and at the Robert Schuman Centre for Advanced Studies (Florence) and at the London School of Economics and Political Science. Member of the University Council in Spain, proposed by the Spanish senate; he is part of the Academy for Latin and the European Academy of Science and Art, based in Salzburg. His awards include the Premi d’Humanitats, Arts, Cultura i Ciències Socials de Eusko Ikaskuntza; the Premi Príncep de Viana de la Cultura 2013; the essay award Miguel de Unamuno and the National Award in the essay modality. The French magazine Le Nouvel Observateur included him in the list of the 25 greatest thinkers in the world.

Eduard Vallory was born in Barcelona in 1971. He holds a PhD in Political and Social Sciences (Universitat Pompeu Fabra), a MA in Social Sciences (University of Chicago), and many other degrees, including Phylosophy and Journalism. Vallory works as a social analyst and is an expert in change management, focused on education improvement. CEO of the UNESCO in Catalonia, and member of Patronat de Barcelona Institute of Science and Technology. He was the head manager of Barcelona Graduate School of Economics and held several important positions in New York University and the University of Cambridge. Former head of Catalan’s boyscouts, he published Educar en la política: Dotze raons per a la participació en la vida pública – Edt. Pòrtica; and World Scouting: Educating for Global Citizenship –Palgrave MacMillan. He collaborates in some national daily newspapers, such as Avui and Expansión.

Eugeni Molliní is a design and strategy process management and organizational growth consultant. His work comes into play when success relies on the collaboration between multiple people working in many different specialties, perspectives and interests. Moliní developed and wrote about a methodology called ‘Participació Genuïna’. He studied Company and International Systems Develpoment in the Gestalt International Study Center; Systematic Consultation in the Kensington Consultation Center; Resolution to Protracted Conflicts in the Norska Fredssenter and Gestalt Therapy in the Gestalt Akademin and Skandinavien. He has worked mainly in Sweden, where he has lived for more than 30 years. Moliní has also worked all around the world, spreading his processes in Europe, Africa and Latin America. He has been living in Spain since 2008, where he is currently leading GAIT, his last project. He is the author of the book Participació Genuïna – Ed. Innobasque

Fina Mauri was born in Reus and obtained her PhD in medicine from Universitat Autonoma de Barcelona. She has a long and successful carreer in the field of cardiology, being the current head of the Interventional Cardiology and Hemodynamics Unit of the University Hospital Germans Trias i Pujol in Badalona. Mauri, the director of the Master Plan for circulatory diseases in the Health Department in Catalonia, founded, in 2012, Sutra del Cor Cardiologia SL in order to promote the education in the field of health, putting special emphasis on cardiovascular and emotional health. Fina Mauri counts with a wide range of scientific contributions, which include book chapters, articles and over 250 talks in national and international conferences.

Gina Tost was born in Barcelona in 1985 and studied Electronical Art and Digital Design. She is a digital communicator and collaborates with several University Masters. She has worked in many radio and TV shows both at a national and international level (Japan and Mexico). Gina herself points out that she had always wanted to be a dolphin caretaker until she realized that everything leads to the world of communication. She is an expert on videogames, technology and culture and collaborated regularly with Diari Aram Expansión and El Periódico. Tost is the co-author, together with Oriol Boira, of the book Vida Extra: els videojocs com no els has vist mai – Ed. Columna.

Halldor Mar is Halldór Stefánsson Már's stage name under which he developes his musical career. This songwriter and guitarist was born in Reykjavík, Iceland, and his music has always been based on acoustic Folk music and alternative styles. He is currently a member of the composing Pop rock group Wiggum and, since 2014, he has been presenting his new album called "The Wind", which versions in English some songs from the Catalan Nova Cançó movement.

Jaume Sanllorente, born in 1976, is a writer and a graduate on journalism form University Ramon Llull. He also studied Development Cooperation in the Institute of Peace Studies and in the Institute of United Nations Studies in India. Sanllorente, chief editor in the news agency Mumbai Action, collaborates in several mass media. He is a lecturer in the Masters of Leadership and Personal Development in Universitat de Barcelona and a member of the advisory committee International Simposyum on Poverty Alleviation in a World Market in Tata Institute of Social Sciences de Bombay. Sanllorente is the current president of the NGO Mumbai Smiles, set up by himself in 2005. His leadership methods and his successful career as an entrepreneur are the object of study in universities and business schools, such as IESE, which published in 2001 the case study ‘Bombay Smiles’, currently taught to international students of MBA. Sanllorente, has been awarded many times for his humanitary task.

Jaume Sanz is an 18-year-old undergraduate student of Management and Administration. His great passion for music, which he has combined with his studies for over 10 years, and photography have lead him to start producing his own music.

Joan Carreras was born in 1962 in Barcelona. He is writer and a lecturer in the Faculty of Communication Blanquerna, and has won with his last novels the Sant Jordi and Ciutat de Barcelona awards. Known as @janquim in social networks, he has worked in several mass media, among which TV3, where he boosted the youth news show ‘Info-K’. His last novels, Carretera secundària – Proa, Cafè Barcelona – Proa and Àguila Negra – Proa are worth reading.

Joan Antoni Melé was born in Barcelona in 1951 and studied Economics and financial management. With over 30 years of experience, this professional of traditional banking launched the expansion of Triodos Bank in Spain, where he became the general assistant director. Melé collaborates in several magazines and books, participates in conferences on a regular basis and gives lectures in universities and business schools. He is the author of the book Dinero y conciencia ¿A quién sirve mi dinero? – Ed. Plataforma.

Manel Esteller was born in Sant Boi de Llobregat in 1968. He got his degree and PhD in Medicine frmo Universitat de Barcelona (UB) and went to John Hopkins University in Baltimore for his postdoctoral studies. Guess researcher at Saint Andrews University, Scotland, associate lecturer at UB and head manager of the Cancer Epigenetics and Biology Programme at the Institut d’Investigació Biomèdica in Bellvitge (Biomedic Research Institute of Bellvitge). He has received many national and international awards, which include Premio Severo Ochoa (2013) and The World Health Summit and Pfizer Award for Innovation and Biomedical Research (2010). Thesis supervisor, author of more than a hundred articles and regular lecturer on epigenetics, Esteller is also associate editor of the Journal of the National Cancer Institute and the chief editos of the magazine Epigenetics.

Martín Azúa is a Basque designer who has been working in Barcelona since 1994. He combines his professional activity as an objects and spaces designer for big companies with his a more epeculative side of his job. He belongs to a designer class who consider experimental methods as an essential part of the designing process. The project “Espècies en evolució” by Roca was awarded by FAD of ephemeral architecture in 2008. He is particularly interested in embodying natural processes into day-to-day life and using handmade resources to preserve cultural and technological diversity. Some of the awards he has been honored with include Premi Ciutat de Barcelona in 2000; Premi FAD d’Arquitectura / Efímers in 2008; Premi Design Plus in 2009; Premi Interiorismo Plus in 2009; and Premi Delta de Plata in 2007 and 2011.

Mònica Bernabé, born in Barcelona in 1972, is a journalist and a human rights worker. In 2000, after her first visit to Afghanistan and Peshawar, she founded the Asociación por los Derechos Humanos en Afganistan – ASHDA, whose main aim is to help afgan women. From that moment, she went back yearly to Afghanistan until 2007, when she moved there permanently. She writes and published mainly for El Mundo, a Spanish daily newspaper, and collaborates regularly in RAC1, RNE and Canal Sur Televisión. She has been awarded several distinguished prizes, such as the journalism award Julio Anguita in 2010, the Premi Proteus in the culture and communication field in 2011 or the award Derechos Humanos in 2013. She is the author of Afganistán, crónica de una ficción – Ed. Debate.

Mònica Terribas was born in Barcelona in 1968. She is a journalist graduated from Universitat Autònoma de Barcelona and holds a PhD in Philosophy from the University of Stirling, Scotland. She has hosted several successful mass media TV shows and radio broadcasts, receiving many awards for her professional task. She was the director of the primary television broadcaster of Catalonia, TV3, from 2008 to 2012, the managing director of the Catalan daily newspaper Ara and became, in 2013, the main host of the on air radio broadcast Matins de Catalunya Ràdio.

Núria Picas was born in Manresa in 1976. She is a firefighter working for la Generalitat de Catalunya and her live has always had a special link to nature and sport. She is a professional mountain runner and cyclist. Picas has won many mountain races, marathons and ultramarathons, and she became the Ultra-trails World champion after her great success in some extremely challenging races such as Kima or Cavalls del Vent. In March 2015 she announced a trekking expedition in Makalu, the fifth highest mountain in the world, which, as well as being her childhood dream, was the first peak to be reached by an expedition formed by people from Manresa (1977), including her father. Unluckily, this expedition, which begun last April, had to be interrupted and postponed due to the earthquake in Nepal. 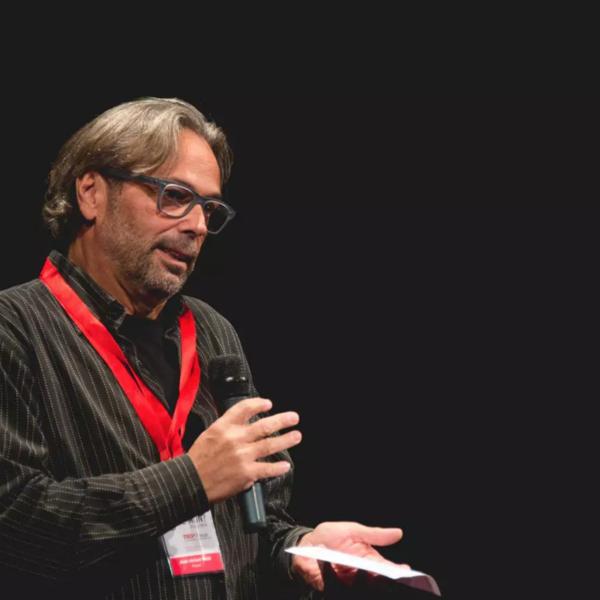 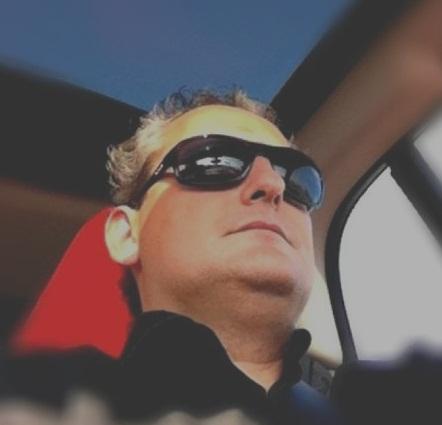