Theme: "BE THE CHANGE"

What is the nature of change? And what can individuals do to effect change in complex and challenging times? As the rate of change accelerates across numerous disciplines in the 21st Century, our ability to thrive amidst abruptly converging crises could be severely tested. How will we ride out the superstorms which seemingly lay dead ahead?

Enjoy a full day of LIVE TEDx talks featuring a dozen* innovative and insightful presenters -- including noted writers, educators, artists, broadcasters, thinkers, humorists and futurists -- from the Upper West Side and beyond!

In addition, we will present a select few of the Best of TED Talks, PLUS LIVE musical tributes honoring legendary Upper West Side songwriters JOHN LENNON and GEORGE GERSHWIN -- rounding out a memorable day!

*Currently scheduled speakers and performers are subject to change without notice.

Allegra Levy is a sultry vocalist who has recently taken the international jazz scene by storm. She is a raven-haired rarity whose rich tones, lean toward the lower register. She is a graduate of the New England Conservatory in Boston, MA where she studied under jazz legendaries and luminaries. At 25, she has already made a name for herself as a singer, composer and band leader, and has been said to truly have her own voice, and an emotive, unique sound. She has gained respect as a composer and has written a catalog of catchy, original music that brings a fresh sound to the New York jazz scene.

Carolyn Halpin-Healy is dedicated to improving quality of life through engagement with art in museums. With 25 years’ experience as a museum educator, she founded Arts & Minds in 2010, with neurologist James M. Noble, M.D. to provide museum-based experiences for people with dementia and their caregivers. Arts & Minds programs take place at The Studio Museum in Harlem, New York Historical Society, El Museo del Barrio and Metropolitan Museum of Art. She teaches at The Metropolitan Museum of Art and Union Theological Seminary. She has trained museum staff and volunteers to conduct person-centered art dialogue and art making that keeps those with Alzheimer’s disease in touch with themselves – cognitively, socially, emotionally and artistically. "Report from the Field: Multi-cultural Dialogue and Transformative Learning in Arts & Minds Programs at The Studio Museum in Harlem" is published in Museum & Society. Arts & Minds is a winner of 2015 R. Gilbert Innovations in Alzheimer’s Award.

Diana Senechal is the author of "Republic of Noise: The Loss of Solitude in Schools and Culture" and the 2011 winner of the Hiett Prize in the Humanities. She shaped, taught, and advised the philosophy program at Columbia Secondary School and is currently at work on her second book, "Take Away The Takeaway."

Flash Rosenberg is an “Attention Span for Hire” who draws, photographs, writes and performs. She was awarded a Guggenheim Fellowship for her pioneering work in live-drawing animation. She was the first artist in residence for LIVE from the New York Public Library, where she drew of literary discussions in real-time, to create original posters and animated summaries called, “Conversation Portraits.” She translates complex concepts into instant drawings for major clients such as: IBM, Visa, Gatorade, the nation of Mexico, Verizon, the Ford Foundation, the United Nations, PNC Bank, Advanced Solutions International, CNBC, Random House, Houghton Mifflin, Amazon Publishing...and more. Her stories have aired on PBS' The Moth Radio Hour. She is a regular performer in “Monologues and Madness,” a member of the poetry collective “brevitas,” and was the official DoodleClown for the New York Clown Theater Festival.

Frank Wennin has totally dedicated himself to helping others prosper. He is the founder of COIN: Center Of Influence Network. A Center of Influence is a custom mastermind which serves as a mirror of unlimited relationship wealth. Since we become who we surround ourselves with, and we only succeed by bringing others with us, our success is defined by: who shares our vision, who we bring with us and who brings us with them. When we know who we must become to define that baseline? When we know how to say no to everything else, we are only limited by our imagination. Together we create the building blocks for a new future today. Frank has developed a series of custom 15 minute conversations: 48 Hours to the Work You Love, Chess Outside the Box, The Integrity Pool and The Purpose Tank that make actionable strategies for Whole Systems Learning Environments.

Karla Brandau is a leading authority on leadership for a more productive workforce. She has educated managers with her proven leadership systems in companies such as Motorola, Coca-Cola Enterprises, Panasonic, and BYD America. She has also worked with several government agencies to increase efficiency and effectiveness. Soon to be released, Discretionary Effort Leadership with coauthor Douglas Ross is Karla’s newest book. She is the coauthor of The Leadership of One and Ready, Aim, Improve, a book on change strategies for the 21st century. She is also the author of “Wake Up The Winner Inside” and “101 Time Management Tips for Busy Professionals.” She writes a monthly informational newsletter, maintains a blog, and can boast of many TV and radio interviews.Karla is a Certified Speaking Professional which is an earned designation given by National Speakers Association. Her other titles include Registered Corporate Coach, Certified Facilitator, Certified Professional Behavioral Analyst

Margaret Anderson lives on the leading edge of the Future. Professionally, she was a pioneer in business computing in the 70s; a woman manager, executive and futurist in the 80s and 90s; an executive of a DotCom boom and bust company, and an early social media entrepreneur. In the last decade, she home-hospiced two family members, hosted spiritual satsangs and initiated a We-Space Resonance experiment in 2013. Margaret’s current leading edge is as an evolutionary Shift Coach, supporting the convergence of scientific, technological, social and spiritual forces. She is a Co-creative Steward for the Foundation on Conscious Evolution and upcoming board member of the Co-Intelligence Institute.

Paul Ukena had a career in the theatre, during which he appeared in four Broadway shows (ranging from "The Threepenny Opera" to "The Will Rogers Follies") and numerous regional theatres. Paul is now on the board of two non-profit organizations: Elisa Monte Dance and Inception to Exhibition. He also plays regularly with The Paul Ukena trio, in which he sings and plays guitar; he has also started composing music for dance

Raymond L. Rigoglioso is the founder of Gay Men of Wisdom (www.gaymenofwisdom.com), a project that advances awareness of gay men’s contributions to humanity. Through his book, Gay Men and The New Way Forward (Mond Press, 2015), he synthesized the body of literature that explores gay men’s social purpose, and he created the first-ever framework describing gay men’s 14 distinct gifts. He runs programs that help gay men recognize their distinct gifts and fully express them for the greater social good. Ray is in the process of incorporating Gay Men of Wisdom as a nonprofit organization. Ray is a certified life coach through the International Coach Federation. He has an extensive background as a writer, facilitator, and trainer for nonprofits in New York City and Boston. He lives in Provincetown, Massachusetts.

Sam Liebowitz is a mentor, coach, speaker, healer and serial entrepreneur. He has been in business for himself since 1993 and has owned several successful businesses, including a software consulting firm, a video publishing business and an internet business for aerospace engineers and managers. His current ventures include Talking Alternative Broadcasting, an Internet Radio Station which reaches over 100 countries worldwide, The Conscious Consultant, a coaching and mentoring service promotes sensible, ethical, moral and conscious ways to build careers and businesses; the Double Diamond Wellness, a healing center to which he brings together several excellent practitioners with his business and intuitive offerings to provide a full service wellness experience. In these various roles Sam has inspired hundreds of people to live happier, healthier and more fulfilled lives. Sam has lectured in several venues in New York City, including The 2010 New York City Job

Todd Hales is a Strategy professional at Ryder System Inc., a Fortune 500 transportation, logistics, and supply chain management solutions provider. He has a diverse academic background studying law at Georgetown (JD), finance and business administration at the University of Florida (MBA), and linguistics and anthropology at Stetson (BA). He considers himself a generalist with a particular interest in human behavior and related topics such as neuroscience, evolutionary psychology, and behavioral economics. He is proud of his involvement with Big Brothers Big Sister, Reading Pals, and the educational charity Breakthrough Miami. 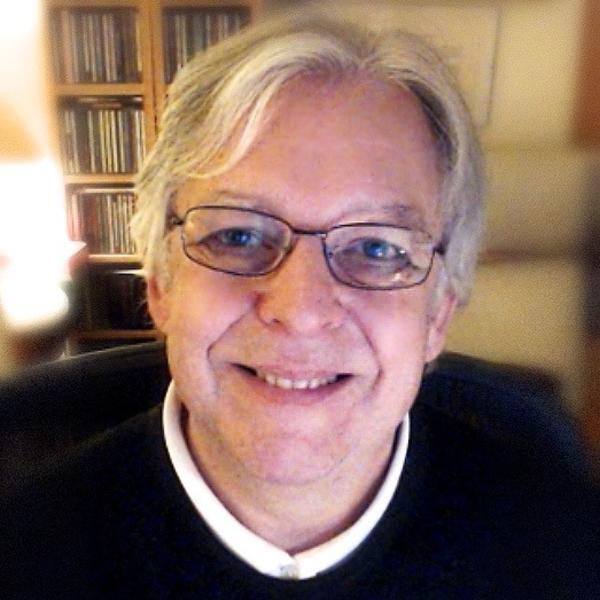