Jeffrey Rediger, MD, MDiv is on the faculty of Harvard Medical School, and the Medical Director of McLean SE and Community Services at McLean Hospital in Boston, Massachusetts. A fully licensed physician and a board-certified psychiatrist, he also has a Master of Divinity from Princeton Theological Seminary and publishes in the fields of medicine, psychiatry and spirituality. His research involves the investigation of remarkable recoveries from incurable or fatal illnesses. He has been featured on the Oprah Winfrey, Dr. Oz, and Anderson Cooper 360 shows, among others.To learn more about Dr. Rediger, visit his blog at www.medicineofhopeandpossibility.com.

Eric Jackson is Chief Innovation Officer for Gap International and leads the Leveraging Genius Institute, a team of multi-disciplinary researchers in the fields of linguistics, psychology and neuroscience – providing insights, tools, and programs that support leaders to be their best and deliver extraordinary outcomes. He also consults senior executive teams in a variety of industries to elevate business performance and results. His creativity and leadership have been instrumental in developing new tools and approaches designed to accelerate business growth and impact leadership. He is considered the founding father of many of the company’s ground-breaking, web-based Breakthrough Diagnostic tools. He has written several publications in the fields of dentistry and psychology and is an accomplished choral director who has performed twice in Carnegie Hall.

Fabienne Fredrickson is an inspirational mentor to thousands of clients worldwide, an author, international speaker and founder of The Client Attraction Business School and ClientAttraction.com, ranked repeatedly by Inc. magazine as one of America’s fastest growing private companies and recipient of the 2013 Stevie Award for Entrepreneur of the Year. As one of the most influential and highly acclaimed success mindset speakers and mentors in the world, Fabienne believes in the capacity for each and every person to become the full expression of their purpose here on earth by taking a no-excuses approach to growing within and having a willingness to “play a bigger game.” Her mindset teachings, born from Fabienne’s own personal experiences and challenges and once intended for entrepreneurs, are now embraced by women all around the world who seek a catalyst for their personal and professional growth and to live a life they love. For more information, please visit www.clientattraction.com.

Gregory Skomal, Ph.D. is a senior scientist and program manager at Massachusetts Division of Marine Fisheries, specializing in using underwater robots to study shark behavior. Dr. Gregory Skomal is an accomplished marine biologist, underwater explorer, photographer, and author. He has been a senior fisheries biologist with Massachusetts Marine Fisheries since 1987 and currently heads up the Massachusetts Shark Research Program (MSRP). He is also an adjunct professor at the University of Massachusetts School of Marine Science and Technology and an adjunct scientist at the Woods Hole Oceanographic Institution. Through the MSRP, Greg has been actively involved in the study of life history, ecology, and physiology of sharks. His shark research has spanned multiple fish habitats around the globe taking him from the frigid waters of the Arctic Circle to coral reefs in the tropical Central Pacific.

Harper McConnell lived in the Democratic Republic of Congo for nearly a decade, where she pioneered an approach investing in economic development programs and Congolese non-profit organizations during a period of war. With her expertise in the Great Lakes Region of Africa, she bootstrapped the organization, Eastern Congo Initiative, for founder, Ben Affleck, awarding more than 80 grants to Congolese organizations working in economic development, health and education. With her Congolese colleagues, Harper structured and implemented ECI’s coffee and cocoa initiatives with cooperatives and businesses through building sustainable, traceable, and bankable value chains, reaching the specialty U.S. consumer market for the very first time through retail outlets including Starbucks and Theo Chocolate. Congolese farmer-led businesses, with no previous access to credit, now have a 100% loan repayment rate with a correlated increase in income.

Jay O’Hara is a Quaker and native of Cape Cod. Inspired by Wendell Berry, he moved back to his hometown in 2007 to pursue a faithful response to the climate crisis, while working as a sailmaker. He is the founder of Climate Summer, a transformational summer training program for student climate activists. Called to bolder action to stop the burning of fossil fuels, in 2013 he, along with Ken Ward, blockaded 40,000 tons of coal destined for the Brayton Point power plant with their small white lobster boat named the “Henry David T”. The ensuing legal proceedings garnered national attention when Bristol District Attorney Sam Sutter reduced and dismissed the charges against the two, calling climate change “one of the gravest crises our planet has ever faced“. Most recently he co-led the faith-based “Pipeline Pilgrimage”, and has co-founded the Climate Disobedience Center with members of the Lobster Boat Blockade team.

Joshua Encarnacion believes in the people he interacts with to help make their DREAMS and his DREAMS a reality. Joshua Encarnacion was born in New York raised in Lawrence, MA and his family currently resides in Springfield, MA. He is a University of Massachusetts Dartmouth graduate, class of 2014. His class collectively endowed the DREAM Scholarship which is presented annually to a student who has a compelling vision for the betterment of UMassD community & accompanying action plan to see it come true. After graduating from UMass Dartmouth, Joshua joined Google’s staffing department where he was first exposed to technical recruitment & development programs in San Francisco’s Bay Area. He is now managing technical recruitment & various development programs at the finance tech startup, Earnest Inc. – an organization of people aimed at building the bank of the future, a bank that’ll focus on realizing people’s hopes and DREAMS by putting them in control of their finances.

Lauren Prestileo is the Series Producer for the critically acclaimed and award-winning PBS history series, American Experience. Her work puts her at the heart of the evolution in content development and distribution at a time of rapid change. Lauren oversees the flow of the series’ content from television to digital platforms, and leads the theatrical distribution for the series, most recently shepherding the theatrical release of the Academy Award-nominated documentary Last Days in Vietnam. She joined the American Experience staff in 2004 as a publicist for the series. She went on to serve as Project Manager and Series Manager, overseeing all aspects of the community engagement campaigns for the landmark series We Shall Remain, and for the 2011 Emmy Award-winning documentary Freedom Riders. She recently served as an associate producer for the Emmy Award-winning American Experience film JFK.

Loral O’Hara is focused on advancing our ability to explore, study, and visit extreme environments on Earth and other planets. She received a B.S. in Aerospace Engineering from the University of Kansas in 2005 and worked for a startup company developing a sub-orbital rocket-powered aircraft for two years before returning to school to continue her studies in rocket propulsion. After completing her M.S. in Aeronautics and Astronautics at Purdue University in 2009, her pursuit of exploration and adventure led her to Woods Hole Oceanographic Institution (WHOI). As a Research Engineer, she has spent most of her time at WHOI working with the manned research submersible Alvin and other deep submergence vehicles. Her current interests revolve around projects that have the potential to impact both space and ocean exploration.

Michael Langworthy, MD, is Director of Orthopedic Surgery at Southcoast Health in New Bedford, and holds clinical faculty appointments with the US Navy and Walter Reed National Medical Center in Bethesda, Maryland. Dr. Langworthy earned his medical degree from University of Michigan Medical School, completed a residency in orthopedic surgery at Michigan State University, and a fellowship in adult pelvis and major joint reconstruction at University of California San Diego. He is the author of numerous publications on arthritis and orthopedic reconstruction. Dr. Langworthy is a frequently invited lecturer, both nationally and internationally. Dr. Langworthy served in Afghanistan in 2012 on a NATO peacekeeping force that worked in conjunction with Doctors Without Borders. Dr. Langworthy was chosen as a Leading Physician of the World for 2013-2014, and as a Leading Health Professional of the World in 2011, by the International Biographical Center.

Michael Rocha is a cardiologist with Hawthorn Medical Associates, LLC and is the Director of Heart Failure Services at St. Luke’s Hospital in New Bedford where he is working to change to the perception from Heart Failure to Heart Wellness. After seeing patients with preventable heart disease in his community, he seized the opportunity to help improve the health and well-being of his hometown of New Bedford beyond just prescriptions. He started the New Bedford Wellness Initiative as a monthly wellness walk that has grown quickly since the first walk in April 2014.

Michael Schwartz is an award winning broadcast journalist, founder of San Francisco based Trailhead Productions and is currently in production on his first feature length documentary, The Palette Project: Exploring Our World, One Color at a time. His work has taken him around the United States and around the globe. Michael lives a life of visual storytelling in spite of… or perhaps because of… a lifelong and incurable eye disease that may eventually lead to total blindness. “If you love what you do, and you feel passionate about your calling, you’ll find a way.” This sentiment has guided Michael’s professional and personal life, and is the driving force behind his determination to continue his career, unbound by barriers or conventional limitations.

Mona Patel is the CEO & Founder of Motivate Design, a user-centered design agency based in New York City. Motivate Design helps clients discover customer needs and designs solutions to meet those needs. In recent her book, Reframe: Shift the Way you Work, Innovate and Think, Mona demonstrates how her 8-step creative process can help companies innovate and design simple, beautiful experiences. In addition to helping clients and other Fortune 500 companies become unstuck, Mona is also a teacher at Parsons, the New School for Design.

Twenty-six-year-old Samantha Johnson is a singer, actress, whistler and flautist from New Bedford, Massachusetts. Samantha is the oldest of six children and began studying classical music at the age of four, competing and placing among some of the top instrumentalists in the state and country. At age 16, she shifted her focus to stage work, and has appeared in and directed over 20 productions in 11 countries. Samantha is also the semifinalist of season 10 in AMERICA’S GOT TALENT.

Zoe Hansen-DiBello is the Program Manager and visionary of Grow Education, a program of the Marion Institute working to increase healthy food access by creating community gardens located throughout New Bedford's public schools. Zoe is passionate about maintaining and strengthening cultural capital, the commons and healthy food access. Zoe is a graduate of Leadership SouthCoast and has served as a "Big Sister" for the past 4 years. Zoe holds a BA from the University of Connecticut and is currently pursuing a PhD in Educational Leadership at the University of Massachusetts Dartmouth. 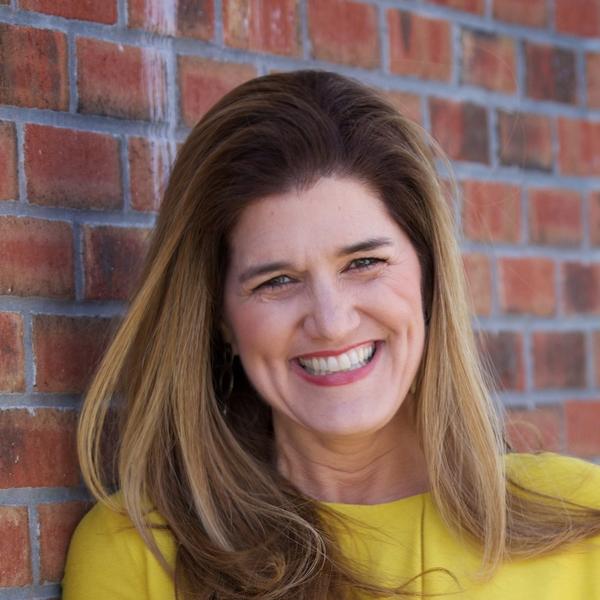