Annette LeZotte is the Director of Kauffman Museum at Bethel College in North Newton, Kan. LeZotte has her doctorate in art history from the University of Texas at Austin and taught at Wichita State University for 12 years. Her publications focus on art of the Northern European Renaissance and decorative painting. Her book, "The Home Setting in Early Netherlandish Paintings," was published by Edwin Mellen Press in 2008. LeZotte curated special exhibitions featuring British watercolors, art by Josef Albers and Guy Wiggins, and quilts from the WAM permanent collection.

Hong Hong Hui is currently a first year doctorate music composition student at University of Missouri-Kansas City. Born and raised in Hong Kong, a city frequently described as “East Meets West”, Hong Hong grew up playing piano, violin, and pipa. She received musical training from her mother during her childhood. Hong Hong earned her bachelor of art degree in traditional Chinese music study from Hong Kong Baptist University in 2010. She earned her master’s degree in music composition at Northern Illinois University in 2014. Since she moved to the United States in 2012

Janice Burdine Thacker was born in Boley, Oklahoma and reared in Wichita, Kansas. She received her B.A. in Art Education from Wichita State University and her M.A. of Art Education, and Counseling Certification from Emporia State University. Janice has been a lifelong educator, illustrator, print maker, author, and community activist for positive change through education. She is a retired art teacher and school counselor. For the past six years, Janice has been under the mentorships of artists Frank Frazier and Ernani Silva.

​Former NFL Cheerleader Shannon Oleen is widely recognized as a leading authority in finding passion, creating positive change and reaching personal goals. From living on a canoe (think Survivor without the video cameras) to working with HLN’s Nancy Grace, The Food Network’s Chef Anne Burrell, Country Music Singer Jennifer Nettles and Reality TV Star Lydia McLaughlin, this Kansas City native relates how hard work, the right attitude, and passion really will lead you to achieving your dreams. Shannon’s enthusiasm combined with her inspirational message is a compelling call to action for anyone who is ready to conquer their dreams, too. When she’s not traveling across the world, she’s taking selfies and practicing her rap skills.

Vi Tran is passionate about arts advocacy and spreading art’s role in the community to affect social change. Through music and personal stories about his family’s refugee journey, Tran demonstrates what he calls “the empathetic power of storytelling.” Vi Tran is a storyteller, actor, and singer­-songwriter. Born in the shadow of Sai Gon, Vietnam and raised in southwestern Kansas, Tran considers himself equal parts sea salt and wheat fields. He began performing as a toddler in the refugee camps of southeast Asia. Other refugees took pity on the young (and literally starving) artist, giving him what food they could spare. Tran’s original work has been described as earnest, intimate, and inspiring. His talents as a writer, actor, and singer-­songwriter are particularly and powerfully displayed in his performance memoir, 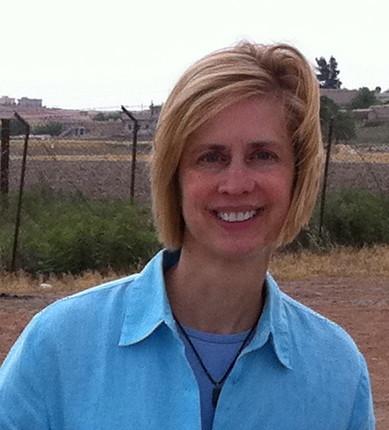