Reno is on the verge. After years of struggle, a flurry of false starts and mixed opinions, our Biggest Little City seems to be honing in on the potential we’ve all felt was there, but lying dormant. TEDxReno believes that as our city begins to write a new chapter in its colorful history, we are in a prime position to take big ideas and run with them as a means to craft a story with depth, positivity and sustainability. It’s our opportunity and our responsibility to own Reno’s narrative, and to weave the minds and action of our local citizens and beyond into the core of who we want to be.

Alchemist Theatre is an uplifting and inspirational theatrical experience. We combine music, motivational talks and humor to empower and transform the individual, thus transforming the world. Alchemist Theatre…Theatre that moves you…

Dandapani is a Hindu priest, speaker on self-development and an entrepreneur.

Brianna Bullentini is an experiential and architectural designer. Her latest project is reimagining Reno’s old Post Office and spearheading the underground marketplace called The Basement. Where she also is opening up Reno’s first cold-pressed juice bar, RAWBRY, which will open in The Basement this fall. Brianna still stands as the only female all-regional wide-receiver in the state of Nevada from when she played on the boys Varsity football team her senior year at Galena High School. After graduating high school she booked a ticket to Ghana, Africa where she moved for almost a year to coach soccer and live at an orphanage. Once returning back to The States she challenged herself to the greatest design school in the US, which had her packing her bags once again and moving to New York City. Here she had the opportunity to work for a leading architecture firm ICRAVE, Michael Jordan, Anthropologie, and a summer internship with Extreme Home Edition in Los Angeles.

Diaz is the Chief Executive Officer of STEP2 and has operated as a grant writer, consultant, and political advocate. He served for 4 years on the National Advisory Committee for the Robert Wood Johnson Foundation, currently the Treasurer of Nevada AADAPTS and served for four years as a consultant to the Cultural Competency and Diversity Network in Washington, DC. He served for four years an instructor for the University of Nevada Reno, sits on the Advisory Board for the KNPB, and the Community Re-Entry Program of Nevada. His most rewarding and challenging hours come volunteering as a SYFL coach along with Depoali Middle School and Damonte Youth Basketball.

Dr. Wilson is a world-leading expert in operational biosurveillance and infectious disease forecasting. He has led the creation of several of the most powerful systems in the world used for anticipation and detection of infectious disease crises and disasters. Dr. Wilson led the team that provided warning of the 2009 H1N1 influenza pandemic and discovery of the United Nations as the source of the 2010 cholera disaster in Haiti. Dr. Wilson has direct experience with biological weapon deployment investigations. He currently leads the first operational infectious disease forecast center in the world.

Earl has a Master of Urban and Regional Planning from UCLA (2012), and a Bachelor of Science in Mechanical Engineering from the University of California, Berkeley (2006). In a former life, he was a management consultant with Accenture. An urban planner by trade, Earl believes strong vibrant cities empower people through choice, and that most Americans today have little choice when it comes to getting around. He sees injustice in a system that shackles us to our cars, that demands oceans of free parking in cities that already struggle to house people, and that punishes those who are too young, too old, or too poor to drive.

Eric Jennings’ primary interest lies in the connection between software, hardware, people, and the environment in which they live. He’s a serial entrepreneur and is currently co-founder of Filament, previously known as Pinoccio, the tiny wireless hardware for makers. Filament is focused on building a decentralized Internet of Things stack.

Heather Foltz is a professional aerial performer, specializing in the art of aerial silks. As a child, Heather was always athletic, and gymnastics held a special place in her heart. As soon as she learned about the eye-catching combination of acrobatics and dance, she knew she had to take her passion to new heights. At the age of 18, she began her practice and shortly after began performing at local venues. Heather has had the opportunity to teach aerial yoga and aerial silks to eager students, and is currently providing her services as an aerial bartender, elegantly pouring champagne from the heavens for private parties and large events. She now plans to continue to learn, perform, and expand her horizons to new and exciting places.

Bela was the Project Manager for the Samsung Solve for Tomorrow Challenge that ended up winning Galena STEM $125,000 in Samsung technology by using STEM principles to build adaptive equipment for their mentally and physically handicapped peers in the special-ed program. When she’s not leading 90 freshman on a vast project that produced 21 prototypes, she’s doing homework or tinkering away, producing films like The Addlers that won a Nevada Museum of Art Teen Jury Prize, or editing her fist novel (which she published last month) she’s running cross country, playing lacrosse, and coming up with future business ideas. Bela has always been interested in leadership, ever since she at age 9 founded WCSD’s first ever elementary speech and debate club after being inspired on a school tour. In 8th grade, she was selected by Pine Middle School Leadership to represent them in the Rotary 8th grade Middle School Leadership Experience Program along with various other academic achievement awards.

Jeffrey Schox is a Registered Patent Attorney and the founding member of Schox Patent Group, a boutique patent firm devoted to startup ventures. Drawing on his experience of fifteen years in patent law and seven years in angel investing, he builds patent portfolios that enable startups to increase value and attract funding. With degrees in mechanical and electrical engineering from the University of Michigan, he has filed over 500 patent applications on a broad range of cutting-edge inventions, including vehicle systems, medical devices, electrical systems, computer software, and clean technologies. He is also a consulting professor at Stanford University.

Larry Maurice has spent the last thirty five years as a Cowboy, horse wrangler, packer in the Eastern Sierra and the high deserts of Nevada. You're likely to find him leading a string of mules into the back country, on a horse drive in the Owens Valley of California, working with Longhorn cattle in Virginia City or working horses on his "2 Cent Ranch" in Palomino Valley, Nevada. He's an award-winning entertainer, speaker, host.

Matthew has lived in Northern Nevada since 2003. He has a passion for his family, service to others, and empowering people to advocate for themselves. Matthew worked for the State of NV for 4 years, leaving to help launch a Carson City based Social Service Company in 2007, and launching a Social Action Software company in 2012. Outside of work Matthew enjoys running, spending time with his girls, and serving his church.

Nellie Davis is a daring entrepreneur and proud mother. She has been a hair and makeup artist for nearly 10 years and owner of Outsiders Hair Studio for 4. She has been involved in the community hosting local shows, writing a monthly column for Reno Tahoe Tonight Magazine and holding many charitable events throughout the year. A board member of the Riverwalk District and Sierra Arts, Nellie truly believes great ideas belong in Reno. She also loves basil ice cream and cycling, as they go hand in hand.

Nikki Warren, alongside her business partners Sharon Kassity and Kristen Loos, developed Kaia FIT on the premise of functional fitness. Designed by women, for women. The all-encompassing lifestyle program stems from Nikki’s 20+ years’ experience in the fitness and nutrition field.

A native of Detroit, Michigan, Skip graduated from the United States Air Force Academy in 1968. For the next eight years he served as an Air Force pilot. He flew 370 combat missions in the Vietnam war. Skip is currently in his 33rd year as a chiropractor in Minden, Nevada. He is an author, community volunteer and proud husband and father.

William Dodd, Jr. is a student at the University of Texas, Austin. He’s had a lifelong passion for American politics. He’s worked on Capitol Hill, moderated political debates and is the founder of a non-profit organization. 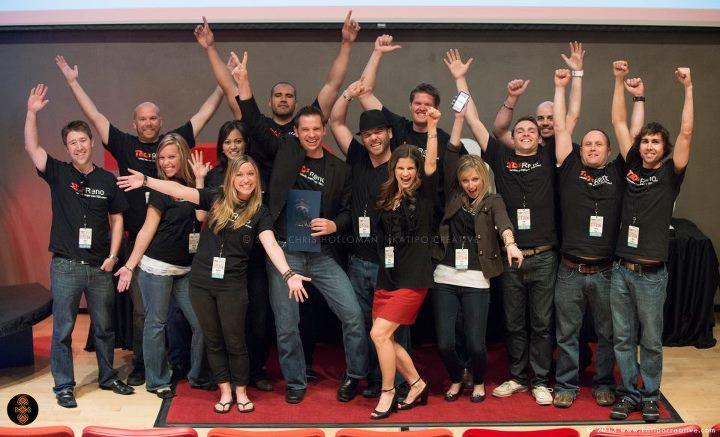