They are the force behind the organisation Mladý pes, where they seek the overlap between art and technology

Ľubor studied psychology in Nitra, Slovakia and has been a certified Laughter Yoga instructor since 2012.

Lucia works in the field of primary and applied research and helps specialists from Eastern Europe and Russia to detect and measure nano particles.

Lucia is fascinated by scary silence and she likes strange places where time has stopped.

Mária Hula Valenčíková is an artist seeing the world through her unique style. This can be seen on canvas, and also clothes worn by models and dancers.

Matúš is an IT person taking keen interest in psychology. Having worked with various non-profit organisations, he later moved on to the personal development area. He is the force behind numerous online projects.

Peter is one of the top magicians in Slovakia.

Rado is a man of many interests - a psychologist, scientist, translator and interpreter. To while away the remains of any free time he may have he has been a guide to headline artists during Pohoda Festival for 8 years.

Samuel is a PhD Physics student, whose field of study is difficult to grasp. It blurs the borders between quantum physics, mathematics and gravity. He has recently noticed the gap between the state of current science and public awareness so he tries to write and talk about the interesting aspects of physics.

Samo, an author and mainly blogger and journalist, writes on various topics concerning the whole of society.

The most recognised UX designer in Slovakia on the fundamental principles of UX design.

Zoltán works in a team working on new ways of early detection of incurable Parkinson’s disease. He believes that the new way – specific observation of speech – can help to improve the development and make patients’ lives better. 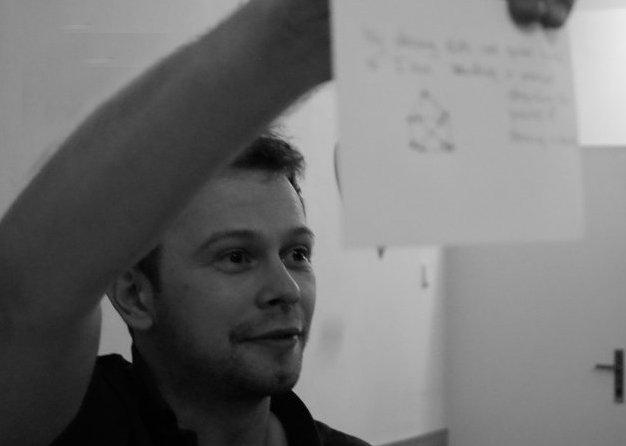