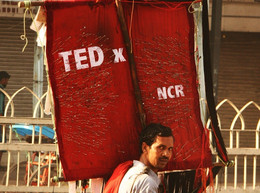 TEDxNCR, is based on a simple theme for the conference, "Live your Passion!!". It primarily seeks to discuss the objective present employment-based thought pattern of contemporary youth regarding the short range of secure career alternatives.
The talks shall primarily consist of such extraordinary people who have found success in their extra-ordinary career lives and have literally lived their passion through their lives.

Ashok Alexander leads The Bill & Melinda Gates Foundation team in India. He leads strategy development for the Foundation in India, identifies effective programs, and oversees grantmaking. He works closely with India's central and state governments, nongovernmental organizations (NGOs), and corporate partners. Ashok joined the Global Health Program in 2003 after 24 years in the private sector, working in Hong Kong, the United States, and India. He was a senior partner and head of McKinsey & Company's New Delhi office. Alexander joined McKinsey in 1986 in New York and moved to India in 1992 to help establish its highly successful India practice. He has worked across a broad spectrum of industries and business issues as a senior management consultant. He has an extensive experience working with NGOs in India. He was part of the leadership team that created the American India Foundation (AIF) and serves on AIF's India board of advisors. He has worked closely with the Ashoka Foundation and is involved with several local NGOs. Ashok holds graduate degrees in economics from Delhi University and a post graduate degree in management from the Indian Institute of Management, Ahmedabad.

Nitin Gupta (Rivaldo) is the CEO of Entertainment Engineers (www.humorbeings.in) . He is a Chemical Engineer from IIT Bombay famous for creating a Cult Play 'Love In December'. A play which Subhash Ghai said could put most Bollywood Romantic Comedies to shame. Fresh out of IIT Bombay, he got an offer to perform on Laughter Challenge, the opportunity which he later turned down! The reason is why he founded Entertainment Engineers with a simple mission, to make Stand Up Comedy respectable in India and to create a humor Renaissance in this country. Humor he says, ought to have an emotionality to it. We not only want people to laugh and think, we want them to LAUGH, THINK and FEEL at the same time. T.V. was not the medium to do that. So Nitin took to the Stage, College Festivals, Corporate Shows. And in a short span he has already enthralled the Audiences in some of the Biggest College Festivals in India, IITs, NITs, IIMs including their Alumini Meets. A Guest Speaker at various E- Cell Platforms and Marketing Conclaves. A TED Favorite. He is widely considered as the most Original Orators of present times. But Theater and Stand Up Comedy is not the only thing on Nitin's Mind. He has already had many offers from Bollywood to make Love in December. But he is in no hurry, as he candidly puts it, 'Love in December is our baby, hence it will be our Home Production.' He soon intends to enter into Advertising. Till then we will have to be remain content with his heartwarming Stand Up Comedy Concerts.

Alexis Roman is the founder and president of the Rain Drop Organization based in France. He’s in India to assist the empowerment of marginalized rural communities through ecosystem restoration and management. During his BA in Political Science, Economics and Religious Studies at McGill University, Montreal, Canada and his Master’s degree in International Affairs specialized in Environment and Sustainable Development from Sciences Po Paris, he got acquainted in working with indigenous communities in the Amazon Forest, Ecuador as well as scheduled castes in Rajasthan.His experiences made him appreciate the value of traditional knowledge and environmentally integrated lifestyles. He is now searching to revive/maintain this knowledge to resolve modern issues. Alexis is currently working in the Bargarh communities, Chitrakoot District of the Bundelkhand region, UP, exploring how can human activities function in a harmonious symbiosis with the environment, to ensure that the people who most depend on nature’s services can continue to do so.

Faith Gonsalves is 22 years old. She completed her Bachelors in History from Lady Sri Ram College, Delhi University in 2009. In 2008 she founded, "Music Basti" in Delhi, of which she is the Project Officer. "Music Basti", a music education and awareness project works towards empowering 'street children' through music. As a youth led program, it networks with, motivates and sensitizes young people and the music community on issues relevant to children and their rights. Currently working with over 300 children of the "Dil Se" Campaign, Aman Biradari, Music Basti works through the development of an inclusive and participative program, with a focus on helping the children to develop self- identity and confidence, values orientation and attitudes. In July 2009 she was selected for a national program by Ashoka Foundation and Pravah, "Change Looms", a support programme for young people who have started their own initiative for social change, and has participated as a speaker and representative at national conferences such as VIKALP (UNESCO, UNFPA and The YP Foundation), Unconvention Mumbai (British Council and Only Much Louder), Soundbound 2010, and others. Music Basti has collaborated with organizations including The YP Foundation, Dil Se Campaign, Aman Biradari, Bridge Music Academy, Project Ahimsa, EFICOR, Gibson Foundation, Radio Mirchi 98.3fm, Furtados Music India, and has collaborated with organizations including American Center, Hard Rock Cafe, The Music Room (New York), University of Birmingham (UK), Study India Programme, Indian Youth Climate Network, CRY, iCONGO, Plan India, and others. While still in college, Faith has worked with other youth organizations including The YP Foundation (2006- 2008) as well, on various programs and projects including with the Indian Education System, Child Rights, promotion of the arts including theater, graphic novels, independent music, film- making, etc. In 2009, she was the Editor for the organization's annual publication, "'The Bridge: Understanding Afghanistan Today" to celebrate the uniqueness and diversity of Indian and Afghan cultures, as part of an Indo- Afghan youth cultural exchange program. Singing and accessing music has been a large motivation for Faith, and Music Basti is an expression of her passion for music and it's importance in shaping the lives of children and youth who are "at- risk". Music Basti aims to reinforce relevance and vitality of music in the lives of people, with the power to transcend limitations and promote unity, cooperation and confidence.

Sarah Crowe is the Regional Chief of Communications for UNICEF, South Asia based in New Delhi. She took up her post in April 2008. Before coming to South Asia, Sarah was the Senior UNICEF Media Officer and spokesperson, covering sub-Saharan Africa. She is a seasoned international journalist, has worked as anchor, foreign correspondent and producer for British television amongst others, and several newspapers including London Sunday Times, Christian Science Monitor, Newsday, The Independent in London mostly covering Africa and Reuters; in Sweden for Reuters, presenter on Radio Sweden and in South Africa as Head of Current Affairs at SABC TV. She was also press officer and strategic communications consultant for the World Bank, UNHCR and embassies. Sarah joined UNICEF in 2004.

The CEO of the channel,CNEB TV,brings with him long journalistic and leadership experience to the channel. He has spearheaded major print and electronic media organisations, some of which are considered to be pioneers in their respective fields, notably Jansatta, Aaj Tak and Zee TV. He has headed English and Hindi media organisations both and has an eye to look beyond the obvious. Considered an 'activist journalist' by many, he prefers media to play the role of a guide to the society.. as a meaningful and impactful force.. without compromising with its commercial interests. He spearheads a media company with a difference, an organisation consisting of highly experienced and dedicated experts of management, media, marketing and technology.

Samir Brahmachari is a gifted scientist and a charismatic science leader. He combines disruptive innovation, genuine compassion and extreme passion in his own inimitable way. He is currently the Director General of Council of Scientific & Industrial Research. Earlier his remarkable leadership transformed Centre for Biotechnology, Delhi, into the Institute of Genomics and Integrative Biology. Leveraging the genetic diversity of Indian population and information technology skills, Samir Brahmachari pioneered the first Indian functional genomics initiative. He spearheaded the Indian Genome Variation Consortium, which developed the genetic profile of the people of India. He pioneered a new path to drug discovery, namely Open Source Drug Discovery. This has the potential of providing a new way of discovering drugs by creating a platform for collaborations from around the world. His CSIR 800 initiative caters to the 800 million Indians, who need affordable and accessible technological solutions. In 2009, the Week magazine chose him as one of the twenty-five most valuable Indians and recognised him as “The ideas man”.

Amitabh Mattoo was born in Srinagar on 26 June 1962, grew up in the Gogji Bagh neighbourhood, went to the Irish catholic Burn Hall School and did his Doctorate from the University of Oxford. He is currently Professor of International Studies at New Delhi's Jawaharlal Nehru University and Member of the National Knowledge Commission. From November 2002 until early December 2008, Amitabh Mattoo was the Vice-Chancellor of the University of Jammu. Amitabh Mattoo also serves on the Governing Council of The Pugwash Conferences on Science and World Affairs and is a Director of the India-Afghanistan Foundation (established by the Governments of India and Afghanistan).Prof.Mattoo has been a Visiting Professor at Stanford University, USA, the University of Notre Dame and the University of Illinois at Urbana-Champaign.Professor Mattoo was awarded the Padma Shri for his contribution in the field of education and public life.

Nehha Bhatnagar is a Bharatanatyam dancer and a disciple of her Guruji, Padmashri Dr. Saroja Vaidyanathan’s. She has a degree in International Relations from the Knox College, USA. She is passionate about the notions of ‘soft power’ diplomacy through our classical dances. This summer, she toured the Ivy League Colleges in the US, giving talks on this notion of cultural diplomacy. She has also been actively engaging diplomats and various Embassies in showcasing and discussing Bharatanatyam. A regular performer at noted auditoriums in Delhi, she recently performed at the Opening Ceremony of the Commonwealth Games 2010. Nehha is also working to use dance to bring dignity and self-respect to the under-priviledged. She was recently selected to speak via Skype at the first TED Women conference held in Washington D.C. TEDxPUNE Video - http://www.youtube.com/watch?v=U0XCj73i57o 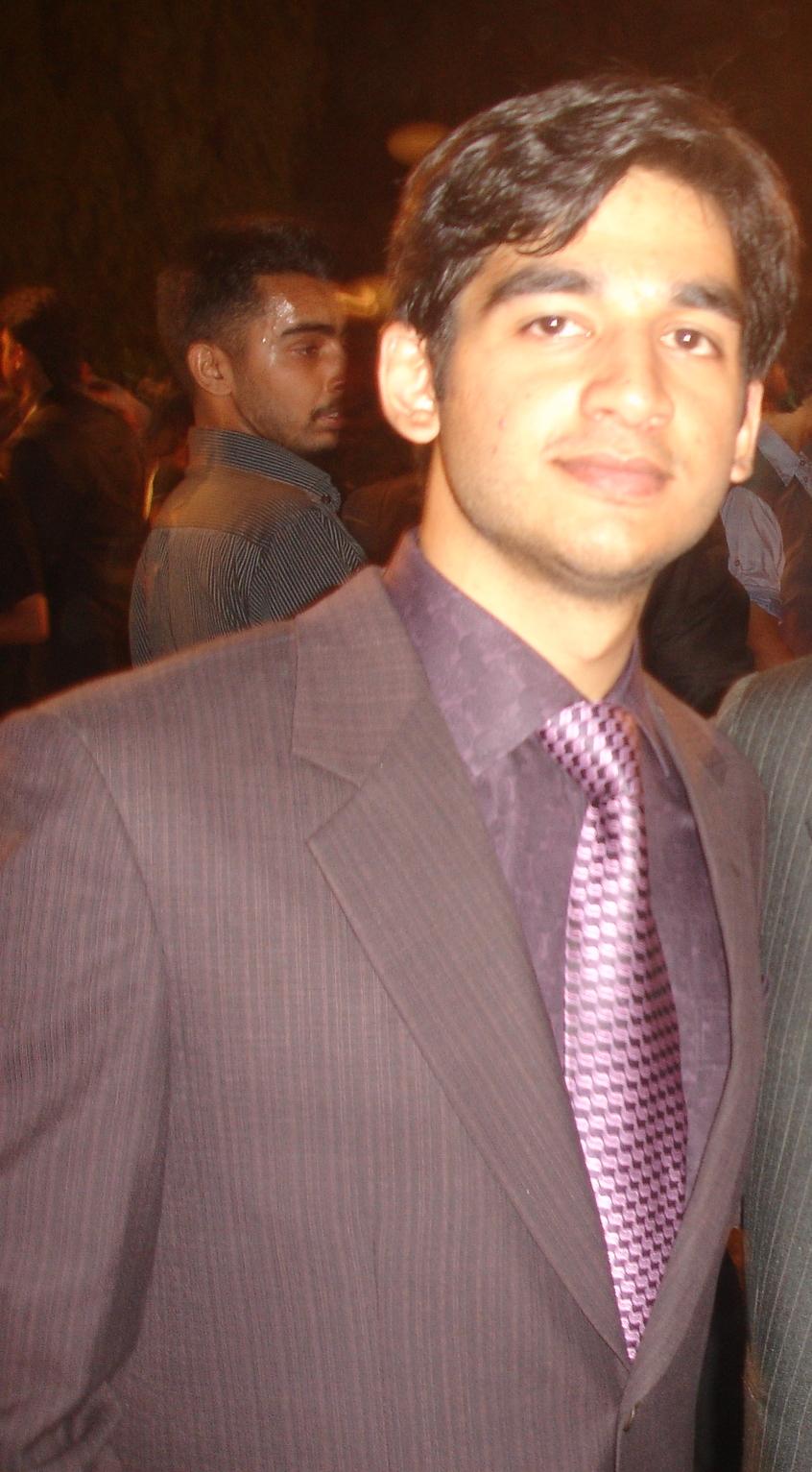