TEDxVermilionStreet | Je ne sais quoi aims to explore and celebrate the ideas that cultivate, enrich, and engage our community on both local and global scales.

Watch TEDxVermilionStreet Talks in the archives section of our website:
www.tedxvermilionstreet.org

Andy Rivière is a PhD Candidate in Communication Sciences and Disorders at Louisiana State University. Andy has interests in non-mainstream dialects of English, specifically Cajun English, and its relation to Cajun identity. For the past three years, Andy has been doing clinical work with adults who speak Cajun French and English in Avoyelles Parish.

Beth Middleton obtained a PhD from Iowa State University and is currently a Research Ecologist at the United States Geological Survey - National Wetlands Research Center in Lafayette, Louisiana. Her research focuses on the effects of climate change and understanding the challenges to species conservation.

Butch Roussel is the owner of Vivo Research. He completed a Bachelor’s Degree in Biology from the University of Louisiana at Lafayette and received a Master’s in Biotechnology Business from Johns Hopkins University. In May 2014, he launched Acadiana’s community crowd-funding website civicside.com

Carlee Alm-LaBar graduated from Northwestern University in Illinois and holds a Master’s Degree in Public Administration from Louisiana State University. She is currently the Chief Development Officer for Lafayette Consolidated Government. She is responsible for the coordination of development issues across departments, the implementation of PlanLafayette (the comprehensive plan of Lafayette Consolidated Government), and the Unified Development Code.

Charles Taylor obtained a PhD from Virginia Commonwealth University in 2008. Charles helped form the Cajun Artificial Heart Laboratory. The research mission of his laboratory is to develop safety, risk and reliability practices for medical devices targeting the cardiovascular system.

Jacob Broussard is a visual artist in Lafayette, Louisiana. He received a Bachelor of Fine Arts Degree from the University of Louisiana at Lafayette and studied painting at the Santa Reparata International School of Art in Florence, Italy. He will be an artist-in-resident at The Residency League at Vyt in Sparkhill, New York, in October. Jacob is interested in expanding upon the concept of home, regional identity, and explores correlations between landscape, abstraction, and self-invention.

James Dent obtained a Bachelor’s Degree from the University of Missouri at Rolla and his PhD from Texas A&M University doing work in string theory related cosmology. He worked as a Postdoctoral Researcher at Vanderbilt University and Arizona State University. James is an Assistant Professor of Physics at the University of Louisiana at Lafayette. Dent’s research includes dark matter, dark energy, and gravitation.

Joshua Jackson is a senior at the University of Louisiana at Lafayette completing his Bachelor’s Degree in Public Relations. In 2014 Joshua created a new student organization called Collegiate Fashion Association. Joshua explores the relationship of fashion and personal identity.

Katherine McCormick received a Bachelor’s Degree from Louisiana State University. She has a Master’s Degree in both Business Administration and Social Work from Tulane University. Katherine is the Assistant to City-Parish President, Constituent Services Coordinator and implemented the Project Front Yard Initiative in Acadiana.

Shayne Kimble received a Master’s Degree from Louisiana State University. His research interests range from African American English to differentiating between dialect and disorder. He is currently a pediatric speech-language pathologist.

William Plummer is the Director of Choral Activities at the University of Louisiana at Lafayette. Plummer is the founder and artistic director of the Baton Rouge Early Vocal Ensemble. Plummer is an avid metal detecting enthusiast and finds appreciation in the unknown stories of both music and found relics. 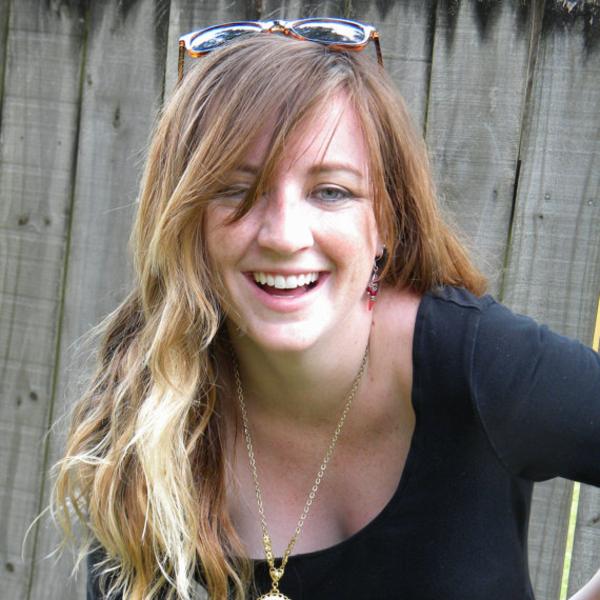