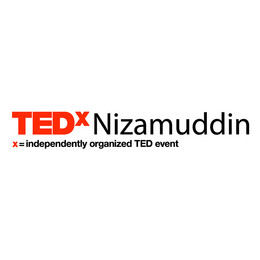 At TEDxNizamuddin, our goal is to bring together bright minds to give talks that are idea-focused, and on a wide range of subjects, to foster learning, inspiration and wonder – and provoke conversations that matter.

RE-DEFINE.
Stuck in the rut of the contemporary urban monotony, the mind craves for something new and different. A craving for new ideas, new solutions, new reasoning and new definitions brings us together.
With ideas that urge a fresh perspective of the world, we are looking to gather individuals who are reinventing the established, challenging the common and redefining the obvious and adding new dimensions to their respective fields.
The theme is open to interpretation, and the intent is to spark amongst the gathered, the inspiration to step out of the box and look at things in a new way, and the drive to act on their ideas and make a difference.
We are hoping to bring out a diverse range of ideas attempting to redefine the current scene with respect to science, technology, entertainment, art, design, society and much more.

NIZAMUDDIN
Located in the heart of the capital city and named after the13th century Sufi saint Hazrat Nizamuddin Auliya, the historic neighborhood of Nizamuddin has been an area of eccentric thinkers since its conception more than 700 years ago.
Home to a number of medieval and Mughal era tombs and monuments, neighborhood has flourished over the centuries and even today the shrine of Nizamuddin Auliya in Delhi is visited by thousands of pilgrims each year.
The area lies close to the treasure chest of culture and intellect of the city, that is Lodhi road, which is home to important cultural centers like India Habitat Centre, Alliance Francaise, India International Centre and the likes. With medieval history and contemporary culture in such close vicinity, this area acts as the ideal stage for new ideas to unfold themselves.

While our team is working on the event, speaker suggestions and nominations are more than welcome! Write to us if you'd like to support or partner in the event in any which way.

Determined in her efforts to bring poetry back into the realm of recognition of Delhi, Aditi Angiras is a Literature enthusiast who once dabbled in rap and is now known for her work towards mainstreaming spoken-word and slam poetry. She is the founder of Bring Back The Poets initiative, the Clay Taurus Collective and also the prime organizer for Cri De Femme, an international festival of poetry, in India. Like the Clay Taurus Collective, this festival also deals with the subject of female sexuality, one of the recurring themes in her efforts. Bring Back The Poets also organizes open mic events on other such socio-political topics as fierce as the genre of slam poetry itself

Ramon Magasaysay Awardee and founder of Goonj, an organization that won the Indian NGO of the year award in 2009, Anshu Gupta has been working hard for more than 15 years to help underserved communities in India. He has been facilitating an economic bridge between urban, wealthy India and impoverished, rural India by simply sharing the surplus of wealth. Goonj established a culture of sustained donations in India by creating a mechanism for second-hand clothes and goods to pass from the wealthy to the poor. Goonj has built up a network in remote parts of 21 states of India and also carried out extensive relief work in post-earthquake Nepal.

She wanted to know about the women who stood in the windows of an old town in Bihar, and smiled at men, and her mother told her they were mujrawalis. She had too many questions, and became a journalist by chance trying to find a career that would let her travel, and enter spaces that were unknown or forbidden, and tell stories that she stumbled upon. She completed her master's in the US, and worked in a small town writing about refugees, and later moved to India to work as a journalist, and started to explore and write about the underbelly. She feels a journalism is about understanding the world, and how others live, and perceive the world. In trying to tell these stories of prostitutes, street children, and others who feel the world sees them as outcastes, she wants others to understand, and empathise. Reporting is about disrupting larger, and dominant narratives, and breaking the patterns, she feels, and is trying to find a way to sustain this storytelling.

With a first and foremost concern for hygiene, Pee Buddy is a product that was recently launched for women who have to face dirty toilets when travelling or those with medical conditions (Joint Pains/Pregnancy etc). It is¬ a simple use & throw product, which allows women to stand & pee in unideal situations. It tackles a major condition of lack of sanitation that women in India face. While the product wasn't easily accepted by retail sellers, the product received a major breakthrough social media followed by sale over e-commerce websites. From giving up their stable business, to launching the product in India where people are bound by a certain mind-set and to facing a varied response from the media; the founders of PeeBuddy have an interesting story to share.

Dr. Prem C. Jain is one of the world's pre-eminent engineers having a brilliant academic background, and is currently the Chairman of Indian Green Buildings Council (IGBC) -a non-profit organization paving way for buildings towards energy efficiency and sustainability. With numerous sustainable building projects and community initiatives to his credit, he is driving the green building movement in India with great passion to make India a green building nation. Apart from his many professional endeavours, he has been inspiring and educating young minds for 40 years.

Based in Delhi, Harsh Raman is a Graphic Designer, Illustrator, Art Director, street artist and more. He works as Creative Director for a multimedia design firm called Harkat Studios and travels around the globe painting the streets. His iconic urban artwork can be spotted on many walls around south and central Delhi. He has been an active part of the St.Art Delhi festival. He initiated the Brindaa project in the past where international artists came together to give urban spaces in Delhi a fresh look and also initiated a project called WoW (Women on Walls). With multiple projects in his hands, he believes in the potent of urban art to act as a provocateur that pushes people to think beyond the obvious.

Apni raahein; apni azaadi! Raahgiri day started as an experiment in Gurgaon, a quest to make urban spaces accessible for its residents and encourage the use of cycling, walking and public transport in the city. Temporary closure of a network of streets to cars so that they become "open" to people, Raahgiri Day is a weekly road event which has now spread across cities in India and has inspired many similar initiatives. The founding team believes that these are first steps towards making sustainable and environment friendly cities and the end goal is to have pedestrian and cycling friendly infrastructure laid over the entire city and to have safer roads for all.

Ascribing his inspiration and success to the ancient city of Champaner on which he worked single-handedly for 30 year long years to get it UNESCO's World heritage status, Ar. Karan Grover is one of the pioneering architects of contemporary India. He has won many awards and trots around the globe, delivering powerful presentations on green architecture and socially and culturally sensitive designing, emphasizing the importance of deep cultural roots in the design process. His firm, Karan Grover and associates (KGA) won the prestigious PLATINUM Award in November, 2003 LEED (Leadership in Energy & Environmental Design) from the US Green Building Council for the CII-Sohrabji Godrej Green Business Centre in Hyderabad. He happens to be the first architect in the world to get this highest possible award for Sustainable Architecture-2003.

Keeping in spirit with the legacy of Nizamuddin where our event draws its name from, the Qawwals from the Nizamuddin Dargah where their family has been performing for more than 700years would be performing. They belong to a legendary and glorious “Sikandra Gharana” and have been profoundly taking up their legacy to newer world and heights. They travel the globe with their art and have performed in numerous music festivals and also featured in movies like ‘Rockstar’.

Diggy Dang, Gereral Zooz and Ziggy the Blunt are India’s first Reggae Sound System, DJs, MCs, Dancers and Entertainers. India's first Reggae act was born when these 3 traded ideas on a winters night in 2008, which would've incidentally been Bob Marley's 64th birth-day, if the legend was still around! They collectively decided to start a community and a sound system to help promote reggae music in India. They've travelled to many corners of the world showcasing their skills in Peru, Panama City and New York. As part of their push to cultivate a reggae consciousness in India, the Rajahs are busy organising and promoting multiple events in the country with frequent performances in Delhi as well as some other Indian cities — Mumbai, Bangalore and Goa to name a few. Since reggae is a mostly unchartered territory in India, these guys are paving the way for a fresh new music scene.

Shaunak Sen is an independent filmmaker, video/new media installation artist and cinema research scholar based in New Delhi. His feature length documentary film 'Cities of Sleep' was completed this summer. The documentary explores the underbelly of informal ‘sleep trade’ that occurs every night in unexpected nooks and corners of the city as the homeless gather each night to avail a temporary home for rest. Shaunak has met many intriguing characters whilst his midnight escapades in the capital and will share some of the most interesting stories with us. 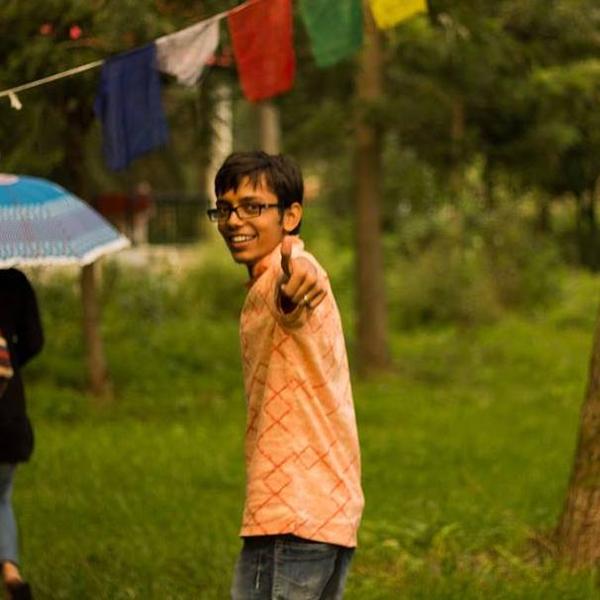 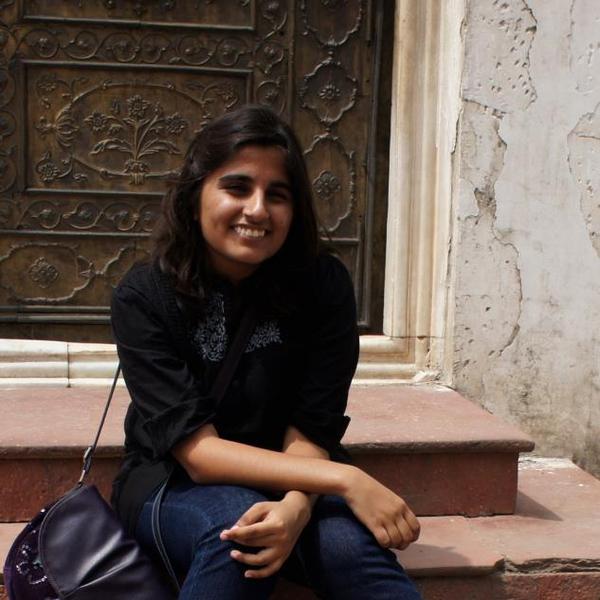