The first TEDxESA event will take place on 11 November 2015 at ESTEC, ESA’s engineering and technical heart, in Noordwijk, the Netherlands.

The theme of the TEDxESA 2015 event will be Science Beyond Fiction. We’ll take you out of this world and lift you into new heights. Let us take you on a space journey where ideas are worth spreading, and where science takes you beyond fiction.

What seemed impossible yesterday, is reality today. Dreams become ideas. Ideas become concepts. And concepts develop into real opportunities. The future holds no boundaries – we need to stimulate our creativity and think beyond typical patterns and approaches. Be inspired, explore and challenge yourself to take the next step into a new world.

Step on board and join us on this stellar journey at TEDxESA!

With a Ph.D. in psychology and a degree in civil engineering, Danko Nikolić is associated with the Max-Planck Institute for Brain Research and is a research fellow at the Frankfurt Institute for Advanced Studies. Furthermore, he is associated with Ernst Strüngmann Institute, and the University of Zagreb. The main motives for his studies are the explanatory gap between the brain and the mind, and strong AI. His insights in how the physical world of neuronal activity produces the mental world of perception and cognition led him to propose a novel method for development of artificial intelligence. The method is called AI-Kindergarten and is based on the assumption that artificial intelligence should be built with an unprecedentedly powerful ability to learn — one that goes well beyond what we today know as machine learning.

Geraint (Taff) Morgan, initially trained as an analytical chemist, is an award winning instrument developer and a member of the Ptolemy instrument team. Ptolemy landed on Comet 67P/Churyumov-Gerasimenko aboard Rosetta’s Philae Lander on 11 November 2014. The instrument characterised the chemical composition of the comet nucleus. After Rosetta’s 10th year and a four billion mile journey around our solar system Taff and the team successfully "sniffed" and identified material ejected during Philae’s first bounces on the comet and the gases released at its final resting place. Taff is the founder of three start-ups (including Insect Research Systems Inc., supported by ESA BIC Harwell) using space technology and know how, and he also leads the space technology translation agenda at The Open University, Milton Keynes, UK.

Helen Keen is an award winning comedy writer and performer. She began her career by winning the first Channel 4 New Comedy Writing prize, and wrote material for various established tv and radio shows. As a performer she toured the country with Robin Ince and Prof. Brian Cox as a guest of the Uncaged Monkeys (the live version of Radio 4’s Infinite Monkey Cage which she has also appeared on several times). Helen was later appointed the first Comedian in Residence at Newcastle University's Centre for Life Science Village. Helen’s first solo stand up show It Is Rocket Science (winner - Buxton Fringe Festival, Best Comedy Performance) was picked up by BBC Radio 4 and has so far launched 3 critically acclaimed series. The show won the 2013 WISE Media Award and was shortlisted for the 2014 Writers' Guild Award for Best Radio Comedy. In 2015 she was selected as a Wired Innovation Fellow.

Kanika Anand is an Aeronautical engineer pursuing her masters degree in International Business Management. An air cadet who represented the Royal Netherlands Air Force in Turkey and Japan but never let her passion for space fade away. A former intern at ESA and graduate R&D researcher at Airbus Defence and Space paving her way to HI-TEC but mainly space business.

Nick Harkaway has been variously described as J.G. Ballard’s geeky younger brother and as William Makepeace Thackeray on acid. He is the author of three novels (Tigerman, Angelmaker, and The Gone-Away World) and a non-fiction book about digitisation, technology and society called The Blind Giant. He has written for the Guardian, Prospect, and recently for the MIT Technology Review SF Annual. He likes skiing, red wine, and de-extinction; he does not like oysters. He lives in London with his wife and two children.

Peter Kirn is a musician and creative technologist. Classically trained in composition, his work now encompasses a range of expressive technologies. He is the founder and editor of CDM (http://createdigitalmusic.com), for more than ten years a leading source of music and live visual technology information. He is also co-developer of the open source MeeBlip synthesizer and libpd mobile sound library, and leads collaborative workshops and hacklabs around the world. He has presented as a technologist at TED@BCG, OFFF, SONAR, NEXT, FIBER, South by Southwest, Reeperbahn Festival, and re:publica. As an artist, his music, visual performances, and visual installations have covered the gamut from techno to experimental, including collaborations with Robert Lippok (raster noton), Nerk/Kirn (Snork Enterprises), and others.

Rick Tumlinson has been called one of the world’s top space “Visionaries” and was listed by Space News as one of the world’s top 100 most influential space leaders. He helped create the NewSpace commercial space industry that today includes Virgin Galactic and SpaceX and billionaire investors like Paul Allen and Larry Paige of Google. He helped found the International Space University, the Lunar Prospector Project that discovered water on the Moon, and the Mars Society and founded the commercial space suit company Orbital Outfitters Inc. In 2004 Rick was one of only 20 guests invited by the White House to hear President Bush announce his plans to return to the Moon and explore Mars. Often a public critic of the agency, he helped start NASA’s prestigious Lunar Exploration Analysis Group, edited the book Return to the Moon and organized the first three Return to the Moon conferences. He is currently working as Chair of Deep Space Industries.

Samantha Cristoforetti is an ESA astronaut of Italian nationality. Between November 2014 and June 2015 she spent 199 days on board the International Space Station ISS as a Flight Engineer for Expedition 42 and 43. During her Mission entitled “Futura”, Samantha conducted countless experiments in the Station’s laboratories and set a new duration record for both longest single space flight by a woman (199 days, 16 hours) and for the longest uninterrupted spaceflight of a European astronaut. Until then, TEDxESA host André Kuipers’ second mission PromISSe was the longest spaceflight in European history. Samantha was selected as an ESA astronaut in May 2009. She joined the European Space Agency in September 2009 and completed basic astronaut training in November 2010. In July 2012 she was assigned to her Futura mission aboard the International Space Station ISS. Samantha is a Captain of the Italian Air Force and was born in Milan, Italy, on 26 April 1977.

Scott Millican is the founder and owner of HE Space. A veteran of the early NASA manned space missions from Gemini 10 through to Apollo 17, Scott has been in the space business for over 40 years. He was part of the Houston team which helped rescue Apollo 13 when a malfunctioning oxygen tank threatened disaster halfway to the moon. It was Scott’s extensive experience in astronaut training at Johnson Space Center, including the 3 Skylab missions, which brought him to Europe. Hernandez Engineering, a company which he had co-founded with a former JSC colleague, Mike Hernandez, had been contracted by the German Space Agency to provide astronaut training for the Spacelab D1 mission. Follow-on contracts led to the establishment and expansion of the company in Europe and, ultimately, to its transformation into HE Space Operations with Scott as its sole shareholder. Under Scott the company became an important support contractor to ESA’s human spaceflight programmes.

Thorsten Schmidt is a top chef whose style is experimental, rebellious and intriguing. He is pro-nature and pro-local product. His curiosity and creative force (he even makes some accessories, plates etc.) continuously break the rules to achieve a cuisine that speaks to all the senses. Dubbed the Nordic Alchemist, Thorsten is eager to explore and develop Nordic Cuisine, or more specifically, Jutlandic cuisine – a philosophy rooted in local, sustainable cooking that inspires the desire to create memorable moments and evoke the strongest of feelings. It’s all about new discovery. His restaurant Malling & Schmidt is considered among the most important restaurants in Denmark. Rene Redzepi, chef at Noma (one of the top 50 restaurants in the world), even calls Thorsten “one of the pioneers within Nordic regional cuisine”.

Head of the Materials Technology Section at the European Space Agency

Tommaso Ghidini obtained his Ph. D. in experimental and numerical Fracture Mechanics at the Institute of Materials Research of the German Aerospace Centre. After having worked on major civil and military aircraft developments such as the A380, A350 and A400M at AIRBUS Industries, he joined the European Space Agency (ESA) in 2007. In 2009 he became the VEGA Launcher Product Assurance and Safety Engineer and since January 2012, Dr. Tommaso Ghidini is the Head of the Materials Technology Section at the European Space Agency. The Section qualifies for space flight all metallic materials and related advanced manufacturing technologies and is in charge of the European strategic roadmap on 3D printing for space applications. 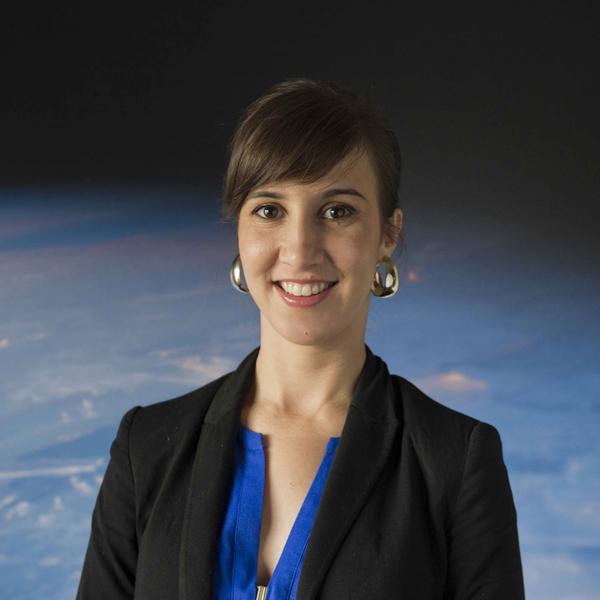