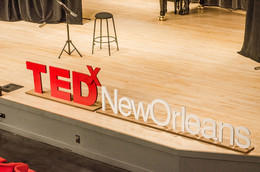 As we approach the 10 year anniversary of Hurricane Katrina (August 2015), TEDxNewOrleans is a platform to share the story of recovery and resilience of Greater New Orleans. The event gives voice to diverse perspectives on a variety of topics and provides a forum for dialogue about economic and social strategies that have worked, and those that have not.

The event broadens the narrative about Greater New Orleans’ geographic, social, and economic impacts and recovery – and drives insights about successful strategies that may be adopted by other regions. Further, TEDxNewOrleans informs and inspires an exchange of ideas about key post-Katrina themes, including: creative destruction, culture and gentrification, social equity, and other areas of interest.

As First Deputy Mayor and Chief Administrative Officer on May 3, 2010 Andy Kopplin oversees the day-to-day operations of the city. Prior to joining the City of New Orleans, Kopplin served as senior advisor to the Founder & CEO of Teach for America and the Founding Executive Director of the Louisiana Recovery Authority (LRA), the agency charged with leading Louisiana’s recovery after Hurricanes Katrina and Rita. Kopplin also served as Chief of Staff to Governors Mike Foster and Kathleen Blanco. He holds a bachelor’s degree from Rice University and a master’s in Public Policy from Harvard Kennedy School.

Aron Chang is an urban designer at Waggonner & Ball Architects. He serves as project manager on a wide range of planning and urban design projects, including the finalist Rebuild by Design: Resilient Bridgeport proposal that a Gulf Coast-based and Waggonner & Ball-led team developed in 2014. He contributed to the 2013 Greater New Orleans Urban Water Plan as a primary writer, design team lead, and outreach coordinator. Mr. Chang joined Waggonner & Ball in 2011 after serving as a fellow at Louisiana State University’s Coastal Sustainability Studio (CSS), where he coordinated planning and outreach efforts between the CSS and the Lower Ninth Ward Center for Sustainable Engagement and Development. Mr. Chang received his Masters in Architecture degree from the Harvard Graduate School of Design, and graduated from Williams College with degrees in Studio Art and German.

Brandan “Bmike” Odums is the founder and director of 2-Cent Entertainment LLC – a youth education social enterprise that produces mixed media content and events in the overlap between pop culture and social awareness. Founded in 2005, 2-Cent began as a hip-hop-oriented, grassroots, entertainment company geared towards addressing problems in the community. A highly sought after visual artist and filmmaker, Brandan uses these mediums to tell the stories and make statements to grab the attention of the younger generation who hold the responsibility to spark change in the world. Following the success of his Exhibit BE in 2013, Brandan’s most recent work include #ExhibitBe, the largest graffiti gathering in the South held at the site of an abandoned five-story apartment building on the West Bank in New Orleans. In 2014, #ExhibitBE gained national attention, welcoming over 100,000 visitors during its three month opening.

Based in New Orleans at the Louisiana Superdome, Doug Thornton joined SMG in 1997, overseeing seven (7) separate municipal accounts in the Gulf Coast Area. During his tenure at SMG, Thornton has been a leader in producing several high profile events including, two NFL Super Bowls, both the Men’s and Women’s NCAA Final Four, two BCS Championship football games, the Essence Music Festival, the annual Sugar Bowl Classic and many more. He is active in many community and industry organizations.

Jay Altman is chief executive officer of FirstLine Schools, a non-profit organization whose mission is to create and inspire great public schools in New Orleans. Since 1990, Jay has partnered with like-minded parents and educators to provide quality educational opportunities for students in New Orleans open-admission public schools. He taught in the city for several years before co-founding New Orleans Charter Middle School. He was also a founder of James Lewis Extension School, New Orleans Outreach, New Orleans Summerbridge, and Leading Educators. As director of education for London-based ARK schools from 2005 to 2008, Jay helped develop a British network of academies, charter-like schools in complex urban environments. He also was instrumental in establishing two training programs there – Future Leaders for aspiring principals of open-admission schools, and Teaching Leaders for mid-level school leadership.

Jessica Shahien is the Executive Director of 504ward, an initiative designed to retain the influx of young talent, both new and native to the New Orleans region, age 23 to 35. With a network of our 12,000 young professionals, 504ward connects its members to great job opportunities, like-minded peers, and the unique experiences offered only in New Orleans. Originally from Metairie, Jessica has a BA in American Studies from the University of Virginia. She is member of NexGen Council, a board member of the Jefferson Chamber of Commerce and Habitat for Humanity, a member of St. Martin’s Alumni Board, and an active member of the Junior League of Greater New Orleans. In her spare time, Jessica enjoys cooking, going to local festivals, and spending time with her husband (Amir), her one year old son (Alden) and their dog (Gumbo).

John Spain is the Executive Vice President of the Baton Rouge Area Foundation. The Foundation is a non-profit community foundation with assets of over $600 million dollars. The Foundation provides charitable gifts to organizations and is involved in civic projects in the areas of health care, urban renewal projects, education, and the arts. In his role as Executive Vice President he oversees all of the foundation’s community projects.

Kimberly Rivers-Roberts aka (Black Kold Madina) is the star of the 2009 Oscar(R) nominated Hurricane Katrina documentary Trouble the Water, Winner of the 2008 Sundance GRAND JURY PRIZE, 2008 Full Frame GRAND JURY Prize Winner, 2008 GOTHAM INDIE FILM Award Winner, 2009 NAACP Image Award nomination, 2009 Producers Guild of America for feature Documentary (nomination) and many more. Time magazine named Kimberly Rivers- Roberts 4th best performance of 2008, Kimberly was honored in 2010 by the Female Hip-Hop Awards for her work as a Rap-artist, humanitarian, and for her work in Trouble the water. Mrs. Rivers-Roberts was honored as a Katrina Hero by the Navigation foundation September 2010, and co-starred in the HBO series TREME as Devines friend Kim Roberts. Her song Trouble the water was also Nominated for an Academy award in 2009.

Lavonzell Nicholson, Co-founder and Director of Operations for PLAYNOLA Sports. Founded in the fall 2009, PLAYNOLA provides adults the opportunity to be physically active while building social and professional relationships in a safe and enjoyable environment. With a network of 12,000 members, PLAYNOLA sees 5,000 participants in over 25 sports leagues and events annually. As a trailblazer in New Orleans' growing business community, Lavonzell has been recognized for her work by being named to Gambit’s “40 Under 40”, New Orleans Magazine’s People to Watch, and Young Leadership Council's Role Model Award. She serves as member of the La. Department of Economic Development Small Business Advisory Council, former Vice Chair of UNCF Young Leadership Council, board member with Communities in Schools (CIS), as well as member of GNO, Inc. Next Gen Council. Her ‘spare’ time is all about spending time with her husband Marquies and her two children- MJ (2) and Mason (8 months).

Michael Hecht is President & CEO of Greater New Orleans, Inc., the economic development organization for southeast Louisiana. GNO, Inc.'s mission falls broadly into two categories: business development – attracting and growing businesses – and product development – creating better business conditions. Under Michael's leadership, GNO, Inc. was recently named the #2 economic development organization in the nation by Business Facilities magazine. Before coming to GNO, Inc. Michael led the Katrina Small Business Recovery Program for the State. Previous to coming home to Louisiana, Michael worked for Mayor Michael Bloomberg in New York City as an Assistant Commissioner, running the post-9/11 small business program. Michael holds an MBA from Stanford Graduate School of Business, and an undergraduate degree from Yale. With family roots in Louisiana back to the 1830s, Michael lives in New Orleans with his wife, Marlene, an ESL professor at Delgado, and his two sons, Dexter and Kaj ("Kī").

Peter Ricchiuti is the business professor you wish you had back in college. His humor and insight have twice made him the top professor at Tulane University’s Freeman’s School of Business. Peter is a graduate of Babson College, started his career at the investment firm of Kidder Peabody & Co and later served at the chief investment officer for Louisiana. There he successfully managed theState’s $3 billion portfolio. In 1993 he founded Tulane’s nationally acclaimed Burkenroad Reports student stock research program. Here he leads 200 business students in search of overlooked and underpriced stocks in six southern states. He and his program have been featured widely in the financial press including; The Wall Street Journal, BARRON’s and The New York Times.

Rod West was named Executive Vice President and Chief Administrative Officer for Entergy Corporation in 2010. West was uniquely involved in the rebuilding of Entergy New Orleans, Inc. In 2005 when Hurricane Katrina struck and flooded 80% of the city, West was serving as Director of the metro region with responsibility of the city’s electric infrastructure. After ensuring the safety of his workforce, many of whom lost homes to the storm, West and his team went to work overseeing a $600 million reconstruction of the New Orleans electrical infrastructure. West received his bachelor of arts degree from the University of Notre Dame where he lettered three years as outside linebacker and tight end for Lou Holtz and the Fighting Irish’s 1988 National Championship football team. He received his Juris Doctor from the Tulane University School of Law in 1993 and his Masters of Business Administration degree from Tulane University in 2005. He graduated from Brother Martin High School in 1986.

Troy Simon is a New Orleans native who graduated from Sci Academy in 2012. His path to graduation was not easy. Troy was 12 years old when Hurricane Katrina hit. His family left him to fend for himself; he was rescued after four days and spent a week in Lafayette, LA. He was then reunited with his family and relocated to Houston where he enrolled at Now College Prep. Troy's fifth grade teacher, Sarah Bliss, a TFA corps member, helped him learn how to read. When Troy returned to New Orleans, he enrolled in Urban League College Track, a college completion non-profit that empowers students from underserved communities to graduate from college. Troy is now a junior at Bard College where he serves as a Campus Campaign Coordinator for TFA and writes for the Bard Free Press. In 2014, he introduced First Lady Michelle Obama at a White House forum focused on expanding college opportunities for students. Recently, Troy was a participant in the New York Times’ “Schools for Tomorrow” event.

Virginia Saussy joined Sucre, a New Orleans based Sweet Boutique and confection studio, to strengthen the administrative management, organize fulfillment and fine-tune sales and marketing efforts. Within 18 months her work led to a 300% increase in expansion of distribution. In her tenure at Mignon Faget, Ltd., she enabled company growth through strong branding and relationship marketing, taking sales from $1.3 million to over $13 million and saving the company from tragedy after Hurricane Katrina. After the storm, Virginia used her skills to rebrand a devastated New Orleans neighborhood, establishing the Broadmoor area as the come-back story of the city. She is a founding member, officer, and the creative force behind The Krewe of Muses. Virginia Saussy has been honored with awards including Gambit Magazine’s 40 Under 40 (2002), Newcomb College Outstanding Alumnae (2006), and Top Female Achiever by New Orleans Magazine (2012) and is a frequent speaker at area universities. 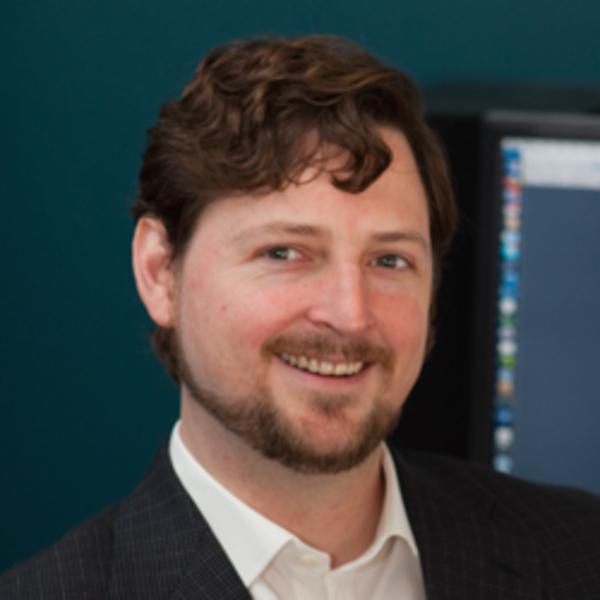