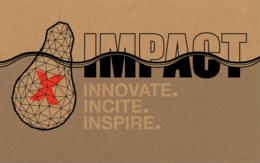 This year’s theme is IMPACT, and we’re looking at not just the impact of the ‘Ideas Worth Spreading’ featured on the McPherson stage, but also at our own impact – and what spreading ideas does to make the world a better place.

First, we will once again transform the upper mezzanine of the McPherson Playhouse into a Speaker Lounge, a place where audience members can connect directly with the speakers when they aren’t on stage giving their TEDx Talks.

City Hall will become our Active Space: a venue of interactive art and imagination where we will be bringing together local artists, inventors, and innovators to create a space to showcase some of the amazing art and technology Victoria has to offer.

And finally, Centennial Square itself will play host to… a surprise.

If a line exists between classical and electronic, between ancient and new age, synthetic and organic, Kytami has sliced them all using only a violin bow. Dubbed a “music revolutionary” by Whats Up Magazine USA and a “violinistextremist” here at home, Kytami has been summoned to bring her violin thunder to audiences as far reaching as Taiwan, Dubai and Berlin.

Weird Party combine elements of funk, jazz, ambient and psychedelic, creating an eclectic instrumental mix to guide you through any given evening.

As a Paleolithic Archaeologist with the University of Victoria, April Nowell’s research focuses on the origins of art, symbol use, and language and on the emergence of modern cognition and modern human behavior.

Christopher Donison is a Canadian composer, conductor, pianist, lecturer, inventor, and advocate of challenge to conventional paradigms of thought. He has won a Dora Mavor Moore Award for Music Direction in Toronto and served as Music Director of the Shaw Festival in Niagara-on-the-Lake, Ontario, where he conducted over 1,000 performances, created a string quartet residency programme, and wrote more than a dozen scores for plays and orchestrations for many more.

Inspired by her child’s experience in a forest preschool in Germany, Frances Krusekopf, principal of Colwood Elementary Scool, has developed a pilot project for kindergarten children to take their learning outdoors. The Nature Kindergarten pilot project is held in the Sooke School District.

Joye Walkus, a member of the Kwakiutl Nation on Vancouver Island, is well known for wearing a 300-year-old indigenous blanket owned by her late grandfather to her University of Victoria convocation. She is well educated in the Indigenous Language Revitalization, earning a Bachelor of Education from the University of Victoria.

Dr. Kirsten Sadeghi-Yekta’s work as an assistant professor in Applied Theatre at the University of Victoria has encouraged her to be involved in projects that span across different communities and countries. Some of her most notable work has been with working with the children in the Downtown East Side in Vancouver, young people in Brazilian favelas, disabled women in areas of Cambodia, adolescents in Nicaragua and students with special needs in schools in The Netherlands.

As the former media spokesperson from the Victoria Police Department, Mike Russell revolutionized the way police departments interact with the public through social media. He is a community activist and a connector of communities.

A Grade 12 student at Glenlyon Norfolk School, Nathan Kuehne created a much-needed self-diagnostic test for Phenulketonuria (PKU), a rare genetic disorder. He also recently won a gold medal at the Canada Wide Science Fair. When Nathan graduates, he plans to pursue a career in engineering or medicine with a focus on research.

Victoria dancer Sasha Beardmore won the junior division of the Youth America Grand Prix in Bellevue, Washington, the world’s largest ballet competition. She competed against 139 other dancers aged 12-14 from Washington, Oregon, California and B.C, qualifying her for the finals to be held in New York in April 2016.

Once an Emmy Award-winning visual effects artist, Scott Dewis has since developed a new company with the purpose of making learning entertaining by aligning learning with the way people think. As a leader in this field, his organization does work for Boeing, Bentall Kennedy, the Royal Canadian Navy, and the University of Victoria.

Shivani Siroya is a TED Fellow and the founder and CEO of InVenture, a mobile technology and data science company that expands the traditional credit scoring system by putting power into the hands of consumers via their mobile phone. Currently, she is working to launch and test a new application that instantly scores applicants and delivers real-time credit to individuals who lack access to formal financial services.

Shohini Ghose is an Associate Professor of Physics and Computer Science, Director of the Centre for Women in Science at Wilfrid Laurier University in Waterloo, Canada, and TED Fellow. She is a theoretical physicist who examines how the laws of quantum physics might be harnessed to transform computation and communication, and to develop novel protocols such as teleportation. She was recently awarded a prestigious Sera Bangali Prize for her contributions to science.

Stephen Lund helps organizations understand and creatively express their character and value. He has expanded his creativity to amalgamating creativity and cycling when he began using GPS tracking technology on his bicycle to create incredibly detailed works of “Strava Art” on the streets of Victoria, BC.

Known for his work as a comedian, writer, musician, composer, actor and thinker, Wes Borg has had viral success with his video called “Welcome to the Internet Helpdesk” and songs such as “The Toronto Song” and “The War of 1812”. He was also nominated for a 2014 Canadian Comedy Award. 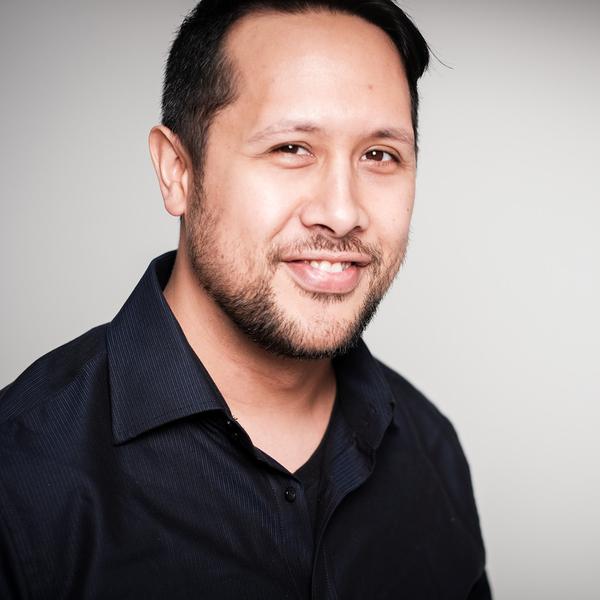 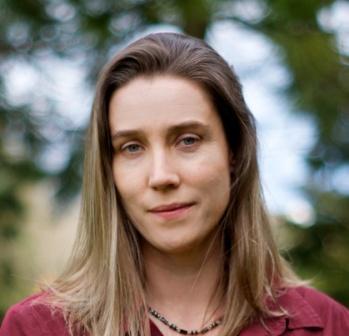