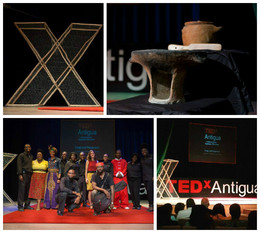 Fungi (pronounced foon-ji) and Pepperpot is the national dish of Antigua and Barbuda. Pepperpot is a thick, rich vegetable stew with salted meat, provisions and other variations according to individual taste. Fungi is a thick, cornmeal paste that is similar to the Italian Polenta. The two combine to create a delicious and satisfying traditional meal.

For decades, Antiguan mothers and grandmothers would carefully 'tun' (turn) the cornmeal for the fungi, using a wooden spoon - colloquially referred to as a 'tun-tick' (turnstick) while sharing bite sizes pieces of knowledge to the young ones within earshot. They would wash, cut and soak the greens and cook the salted meat over the traditional coal pot, while passing on wholesome stories - rich with history and folklore. This blending of edible and audible ingredients eventually combined to leave the consumer of the final meal physically, mentally and spiritually well nourished.

In the same vein, the organizers of TEDxAntigua sought to pull from this traditional Antiguan past-time to gather persons around a "coal pot" of Technology, Entertainment and Design. This aggregation of intellectual ingredients arose from a hunger for enriching experiences, and a burning desire for fresh, local, digestible ideas. TEDxAntigua wanted to take a unique blend of local change agents, storytellers, researchers and spiritual teachers to create a healthy concoction that would be simultaneously identifiable to Antiguan tastes, while appealing to a wider regional and international audience.

It is our hope that this recipe, as created by the TEDxAntigua organizers and prepared by the featured speakers will foster an appetite for advancement, and nurture a thirst for transformation on a personal, social, and national level.

Joseph “Calypso Joe” Hunte started his musical career as a student in the Johnson’s Point Primary School drama program. It was there he learned to play the guitar and started composing for friends, Lord Deceiver and Latumba, who would later become successful calypsonians. Calypso Joe first entered the calypso arena in 1969 with Antigua on Fire and We Shall Overcome. He placed first-runner-up the following year and was also crowned first-ever local Road March King with his tune Bum Bum. In 1971 he was crowned calypso king with his two compositions Educate the Youths and Recorded in History. Joe, who still performs on the hotel entertainment circuit, no longer competes but now composes tunes for other calypsonians. He has been recognised for his cultural contributions with two national awards. Now retired, he is presently writing his biography Antigua On Fire to be released shortly.

Sifu Jurey Gomes is a recognised and decorated martial arts practitioner and founder of the Fist of Nothingness system of martial arts. His interest in the discipline began in 1974 at the Antigua Grammar School where he was taught. From 1980 to present Sifu Gomes has been entering (and winning) international martial arts competitions. He holds a first degree black belt from the National College of Martial Arts (NCMA) in Missouri, USA; second degree black belts from both the International Kyodai Ryu Karate Academy, Puerto Rico and Go-Ju-Ryu Karate Academy; and a fifth degree black belt in Wu’chikwon-do Karate. Sifu Gomes also teaches the popular Tai Chi Chuan style of Chinese martial arts. Throughout his exploration of Eastern combat styles, Sifu Gomes has found spirituality to be at the core of all disciplines and he has studied with the Universal Foundation of Taoism, a Chinese philosophy rooted in harmony, for over 25 years.

Kai Davis represented her country as a dancer at a number of festivals between 1990 and 2002. She made a mark in modeling and pageantry, representing Antigua and winning events such as the Jaycee’s Caribbean Queen Show and the Carnival Queen Show. Internationally, Kai represented Antigua at the Hal Jackson Talented Teen International in New York in 1996 and the 2003 Ms. Universe Pageant in Panama, where she copped the Congeniality Award. After joining the Rastafari livity in 2004, Kai became an Ambassador for her Faith, particularly in education. A member of the Creek Side Rastafari Community and the Nyahbinghi Theocracy Church of Haile Selassie 1st, she is a founding member of the Nyahbinghi Theocracy Church School which was established in 2005 and registered as a Community Home School in 2011. Kai recently completed an Associates Degree in Teacher Education from the University of the West Indies through the Antigua State College and is ready to fly the banners of Rastafari.

Born to adventurers, Lia Nicholson’s grandparents sailed the family to the twin island state of Antigua & Barbuda in the 1940s. Lia grew up diving and hiking the rugged south coast of Antigua, built a love for nature, and went on to pursue studies in environmental policy. Lia graduated from Yale University in May 2014 with a Master’s in Environmental Management, where her research focused on the vulnerability of small islands to environmental degradation and climate change. As a recipient of the 2014-2015 Gruber Fellowship, Lia is assisting the Environment Division in the Antiguan Government to implement a flooding mitigation project and to inform national strategy on climate adaptation. Lia also serves on the Board of the Environmental Awareness Group (EAG), a local non-profit organization. Blog: https://lianicholson.wordpress.com/ Linkedin: https://www.linkedin.com/in/nicholsonlia Twitter: https://twitter.com/lia_nicholson

Marcella André-Georges is an entrepreneur and transformative leader. She spent more than 15 years as a media personality/producer, while simultaneously serving as a French, and Effective Communication educator. Today, she uses her life’s lessons to promote personal power and mindset renewal as Catalysts to conscious fulfillment, intentional contentment and lifelong growth. She is focused on encouraging entrepreneurship and empowerment through her own entrepreneurial example and seminars, and through tailored retreat events for women that encourage them to emerge from the shadows of their own lives to stand in the spotlight. Website: www.niacomms.co Personal Site: www.marcellaandre.wordpress.com Facebook Nia Comms: https://www.facebook.com/niacommsanu Facebook EMERGE Caribbean Women:https://www.facebook.com/ECaribbeanWomen Twitter: @cellabellaanu Instagram: Marcella Andre 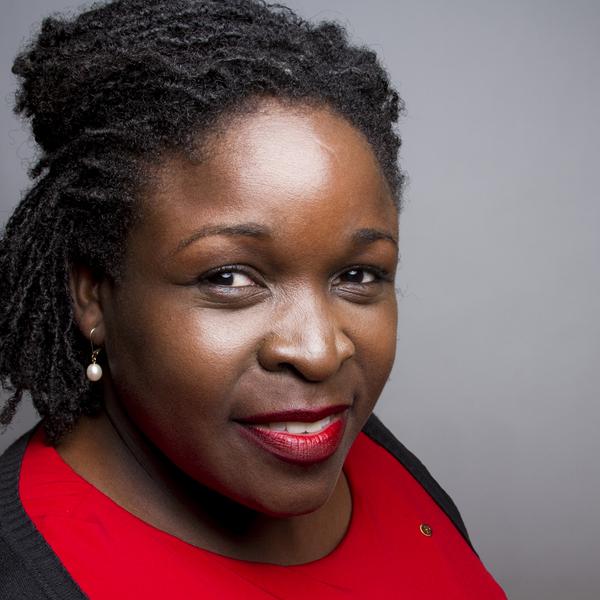