Serve as a discussion starter for community engagement on a wide range of topics. View this event's talks at https://www.youtube.com/playlist?list=PLsRNoUx8w3rNj-r72cn0UYtU-KRpAdETl

The Elite Performance Dance Company is part of the Inspiration Performing Arts Center. Their mission is to educate and inspire students through the arts. We strive to provide an uplifting atmosphere where students are able to cultivate a passion for the arts. Our programs promote and enhance self-confidence, creativity and self-expression.

Chris Caulkins is program director and faculty for the Century College EMS program, works part-time as a paramedic, and is also a researcher for Sumrith Solutions, a social science consulting firm. He is certified as a psychological autopsy investigator and has co-founded and co-facilitates two peer support groups for those bereaved by suicide. Chris is currently working on a doctorate; his dissertation preparation centers on suicide among college students and the protective (and detrimental) effects of education. The driving force behind Chris’ need to understand suicide were the deaths of his wife and brother — both by suicide.

For over 50 years Dale Anderson, M.D., has practiced as a board certified surgeon and emergency physician. In 2001 Dr. Dale became certified and a founding diplomat of the American Board of Holistic Medicine. He calls himself a Dramatologist and his friends call him Dr. Happy, Dr. WELLderly, and the Aged Sage of the Vintage Stage. A 25+ year member of the National Speakers Association, he was inducted in 2011 to the Minnesota Speakers Hall of Fame. He is owner and proprietor of ACTHAPPY.com.

Eva McCormack is 22, was homeschooled, and holds a B.S. in business administration. Her passions include helping students to practice financial awareness in an age of crushing student loan debt, seizing and maximizing opportunities, and living a life full of smart decisions, no excuses, and lots of adventure.

Everett Myers is founder of FruitShare,com, a Stillwater, Minn., company that connects the dots among growers, shippers, and consumers to bring fresh-picked organic fruit to families throughout the 48 contiguous states. His love of fresh, wholesome food began on his family’s farm, where he grew up eating carrots pulled straight from the soil and a large organic garden augmented meals year round. Everett studied ecology in college and later served two years with the Peace Corps in Ecuador, helping farmers reduce their use of pesticides and working with local people to establish organic community gardens. He later co-founded Red Cardinal Farm and worked in organic food wholesaling before launching FruitShare.com in 2003.

Joanna Eckles has watched, studied, and worked with birds all her life. She received her bachelor’s degree in wildlife science at Cornell University and her master’s degree in conservation biology at the University of Minnesota. In 2006, she began working with Audubon Minnesota to study bird–window collisions and develop a program to address the problem, a significant source of bird mortality. Project BirdSafe is now a core part of Audubon Minnesota’s Bird-friendly Communities program. Joanna is also developing Bird City Minnesota, a municipal recognition program highlighting communities for the positive actions they take on behalf of birds.

John O’Brien, Ph.D., has taught English and writing at Augustana College, Normandale Community College, University of Minnesota and elsewhere. For the past 15 years he has served in a variety of administrative roles, including associate vice chancellor, provost (Century College) and acting president at Century College. Following service as president of North Hennepin Community College, he was named senior vice chancellor for MnSCU system. Most importantly, in 2013, he taught an honors seminar at North Hennepin Community College, “Exploring the Zombie Apocalypse.”

Katie Owings is the owner of Inspiration Performing Arts Center, a More Than Just Great Dancing Founding Member, and Founder of ImPACt The World — a nonprofit organization that connects dancers and artists around the globe to serve in developing countries through the promotion of arts-based programs. Katie is a world traveler and a lover of the arts, philanthropy, and yoga. She has been featured in Dance Teacher Magazine, Dance Studio Life, Fox 9 News, Star Tribune, and Dance Informa Magazine.

Rosanne Bane is a creativity coach, teaching artist, speaker and author of Around the Writer’s Block: Using Brain Science to Solve Writer’s Resistance. She specializes in helping creative people understand what’s happing in their brains that make it so hard (at times) to do what the love and how to get past that resistance. Through her work as a teaching artist at the Loft Literary Center, Minneapolis, Minnesota, University of St Thomas, University of Minnesota, StoryStudio Literary Center and elsewhere, Rosanne has given thousands of creative people the tools to bust through blocks, build effective habits and achieve their creative dreams.

Shawn Lawrence Otto is a screenwriter, novelist, and science advocate. In film, he wrote and co-produced the movie House of Sand and Fog, which was nominated for three Oscars. His novel Sins of Our Fathers, a literary thriller, was a finalist for the Los Angeles Times Book Prize. He is the producer of The Top 14 Science Questions Facing America, answered by Barack Obama and his opponents Mitt Romney and John McCain, for which he received the IEEE-USA’s 2009 National Distinguished Public Service Award, and is author of Fool Me Twice: Fighting the Assault on Science in America, which won the 2012 Minnesota Book Award.

Trisha Cummins Kauffman has served as executive director of Solid Ground since 1997. Solid Ground works to prevent and end homelessness for families with children and houses 400 women, men, and children annually in Ramsey and Washington counties. In her time with the organization, Solid Ground has received several local and national honors, including the 2011 Minnesota Nonprofit Award for Excellence and the Live Your Best Life Award from Oprah Winfrey’s Angel Network. Trisha has worked with homeless families since 1994, serving with the Domestic Violence Project in Ohio prior to coming to Minnesota. She holds a master’s degree in public administration from Kent State University. 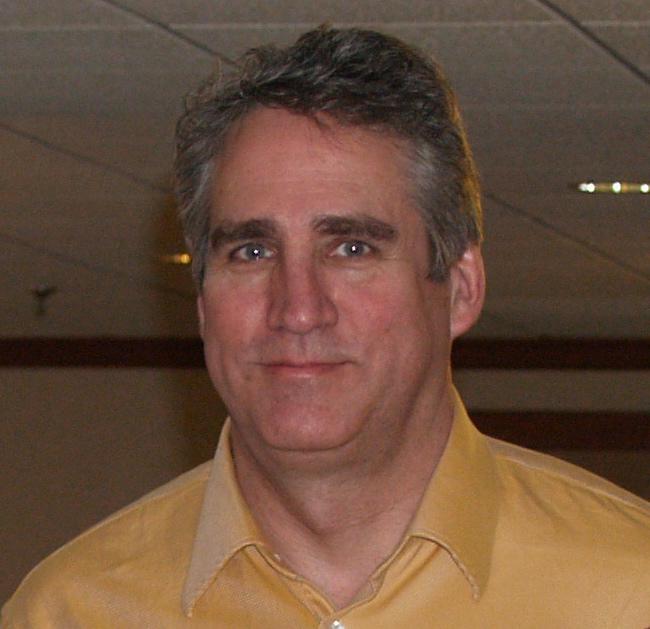