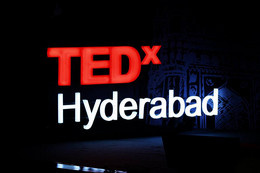 The creator of 'Gateway to Heaven' and other thought provoking short films, Anshul Sinha set many examples for the society with his simple and realistic films in the city of Hyderabad. From introducing the 'One Rupee Daily' concept to remove poverty in India in his first documentary film, he believes in bringing out the society's real stories through his lens. Known for filming an award-winning piece with a mobile phone, Anshul has won accolades at national and international platforms.

He is the first Indian Administrative Officer from the Zeme tribe of Manipur and the loud call out for India to look a bit upwards to the North-eastern region. The man who changed how every individual looked at Social Media, Pame carefully organised a blow to the government and easily connected his district, Tousem to the rest of the country by building a 100 km long road. Raising funds through social media and building ‘The People’s Road’ without any government help is his biggest achievement and one of India’s eye-openers. A brain storming, intellectual activist like Pame can run a tide of inspiration through the country’s youth and expect and higher wave of goodwill in return.

One of the signatories to the Humanist Manifesto 2003, World Humanist Congress speaker, past director of IEHU; Babu Gogineni in two words is an ethical rationalist. From a television commentator to an international humanist and activist, he dedicates his progress to only rationalism, logic and love for humanity. Writing revolutionary articles in French, English and Telugu is one of the many things he does to inspire a million thoughts, while speaking on international forums about Science, Human Rights, Secularism and Democracy.

After experiencing most of life’s significant challenges, Colleen turned her life around 10 years ago and now walks a journey inspiring others through her personal and professional achievements as a motivational speaker. Colleen is the Managing Director of Neuroleadership Africa and is committed to social projects and transformation. She has climbed Mt Kilimanjaro, Everest Base Camp and completed many marathons, ultra marathons, Iron Man Triathlons and is a competitive cyclist. With her positive, energetic and passionate style, she lives her life purpose as a catalyst for change.

A Swiss national, banker, hr-consultant, teacher, passionate musician and dedicated social service man sums up for a brief description about Joe Koster. Conductor of the local vocal group Deccan Voices. Joe runs the Hyderabad Western Music Foundation with an aim of introducing Western Classical Music and Jazz to the people in Hyderabad and tries fusion to create a confluence which will bring different people together musically.

A mastermind that is fuelled by innovation, intelligence and design roughly defines his thought process. A graduate from the MIT Media Lab, researcher at the MIT Computer Science and Artificial Intelligence Laboratory and research affiliate at the Harvard Medical School, the founder of Tesseract Imaging is an open book of inventions. Currently working on spreading the movement of anti-disciplinary learning, hands-on creation and design thinking all across India through the MIT Media Lab India Initiative, he also leads the Design Innovation Workshop Series inspiring thinkers to create and innovate. By combining his pure love of photography and technology, Kshitij created novel camera designs and virtual reality experiences for film makers and photographers, bringing a revolution in the field of film-making and future of photography.

Leading the legacy of Premier Studios and M F Emanuel Studios, Lenny is a third generation photographer by profession and a moment capturer by heart. His father was the photographer for the Nizams, and he currently is the epitome of modern photography and simplistic vision. With a photography experience of over forty five years, Lenny Emanuel talks to his camera, feels the moment and creates memorable stories for the visual appeal.

Manasi wears many hats, successfully. She is the mother of a feisty two year old, an engineer with a degree in Information Science, a management graduate from IIM Bangalore, the project director of India's first experiential music museum, a TED fellow and above all - a musician. Despite so many achievements, music is what defines Manasi. It is her first love, passion, dream and life. A trained musician in classical Carnatic music and a performing artist for the past 15 years, she has travelled the world through music. Manasi left behind a job at the prestigious Wall Street to pursue her passion - music. She makes music more relevant in the modern context and and is now working towards binding all boundaries through music.

Raman’s story starts with a chartered accountancy certification and continues with massive revolutions in the world of Business Process Outsourcing. With a vision that strikes chords of a thousand decibels, he started off with his BPO work with American Express in 1984 and moved on to contribute in the kick-off for Genpact’s BPO arm in Gurgaon. Starting his own company, Spectramind in the year 2000, he went ahead to win the title of ‘Father of Indian Outsourcing’ after his company was bought by Wipro, making him the CEO of the BPO entity. Now the chairman and managing director of Quatrro Global Services, Raman Roy with his favourite line, “You probably think I come to the office on a bullock cart,” takes pride in setting the India BPO revolution running.

“We are what we eat and plants give us what we feed.” He is waging a war against the use of pesticides in agricultural activities and has challenged the traditional methods of farming. Apart from running the Centre for Sustainable Agriculture as the Executive Director, he also runs a small outlet, Sahaja Ahaaram, which stocks pest-free products from farmers. After leaving his full-time government job, Ramanjaneyulu dedicated himself to the benefit of farmers and his campaign, ‘India for Safe Food’.

A woman with a vision that sees beyond our universe, Ritu Karidhal is a proud contributor to The Mars Orbiter Mission launched by the Indian Space Research Organisation. Leading the team behind the success of 'Mangalyaan', Ritu has been involved in a lot of revolutionary space operations with ISRO. A proficient alumnus of the Indian Institute of Science, she completed her Masters in Aerospace Engineering with a clear aim of working towards a change. An unassuming appearance coupled with extraordinary thoughts are two qualities that define Ritu.

“Beirut, I Love You,” she wrote. “Of Love & War,” she portrayed. She performs wearing a pink bride dress at the Beirut International Marathon every year, to raise awareness on issues in Lebanon pertaining to animal rights, civil marriage, and to spread love, peace and positivity. She actively promotes the under-represented Arab artists through her projects and works in formats ranging from painting, installation, performance, mixed media, collage and writing. An avid fan of Fela Anikulapo Kuti’s music, she believes in Mahatma Gandhi’s mantra of “be the change you wish to see in the world.” 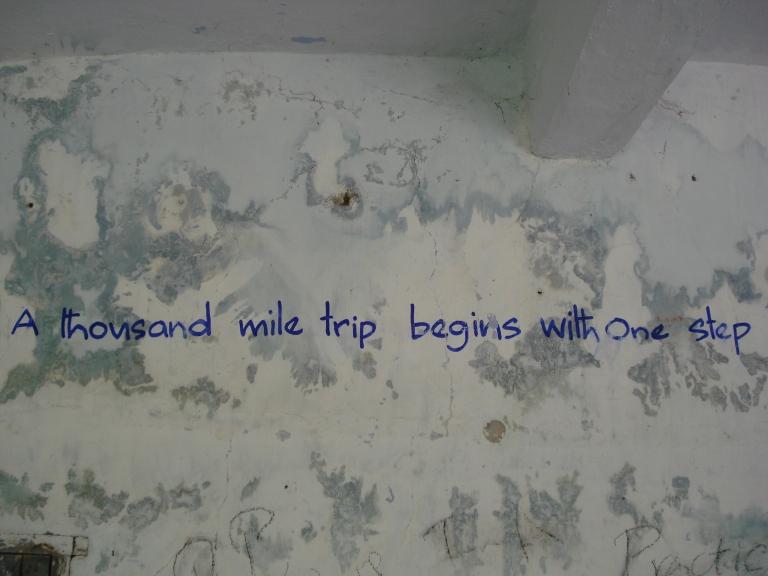