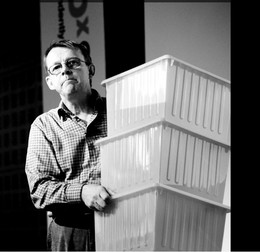 TEDster Hans Rosling, designer Alexander Lervik, scientist Johan Rockström, and artists Malou Bergman, Alvaro Campo, Mattias Larson & Nadja Ekman – to name only a few!
We also had some wonderful, inspiring TEDTalks on video.
The guest list was packed with some of the most creative and inspiring people in Sweden. Hand picked from 800 applications.
Two (!) of our speakers made it to TED Global.

Hans is Professor of Global Health at Stockholm’s Karolinska Institute and Director of the Gapminder Foundation. His current work focuses on dispelling common myths about the so-called developing world, which (he points out) is no longer worlds away from the West. In fact, most of the third world is on the same trajectory when it comes to health and prosperity. Han’s presentations are grounded in solid statistics (often drawn from United Nations data), illustrated by the remarkable visualization software he developed. The animations transform development statistics into moving bubbles and flowing curves that make global trends clear, intuitive and even playful. It’s no wonder then that Hans Rosling’s talk at TED. com is one of the most popular TEDTalks of all times.

Professor Kristina Höök is head of the successful Mobile Life Centre in Kista. The centre is a close collaboration with world-class researchers at Microsoft Research, Nokia, Ericsson, TeliaSonera and Sony Ericsson with the aim of developing the mobile interaction of the future. Professor Kristina Höök was chosen by the Strategic Research Foundation as one of the future research leaders of Sweden. She is a member of the Royal Society of Engineering Sciences (IVA), has won prizes for her research, and is listed as one of the most influential women in the field of IT in Sweden.

Alexander is one of Sweden’s most famous designers and has received considerable national and international attention for his work. Alexander Lervik Design is first and foremost dedicated to product design and interior design. His designs vary from furniture, textiles, glass and industrial design to the interior design of restaurants, nightclubs (Sturecompagniet, Whiteroom, Flustret, Push and V) and boutiques (NK Shoe department and Rizzo). Brighthandle, the door handle that communicates by using a coloured light, is probably one of his bestloved products. His ‘Rib’ Chair was awarded “Best of the Best” in the 100% design fair in Rotterdam 2009, and was voted ‘Best in Show’ at the Stockholm Furniture Fair. TEDxTAlk: 3DP – Illegal downloading of furniture! Lervik’s theory about the new 3D print technology is that it takes over the production of the furniture business. Designers and producers find themselves in the same dilemma as the music industry is facing today – an illegal downloading of products.

Johan is a scientist at the forefront when it comes to the challenges and solutions of attaining global sustainability. He is Associate Professor in Natural Resources Management at Stockholm University and heads two well-recognized international research organizations: the Stockholm Environment Institute and the newly established Stockholm Resilience Centre. He is a world authority on global water resources and development and deeply involved in the role of innovation in ecosystem management as a window for poverty alleviation in the world.

Glimpse started out as a mobile digital photo studio equipped with a mixture of sculptural and inspiring outfits and a sound system with the sole purpose of inspiring creativity. From the very beginning, the aim was to create an interactive space for experiences where the cameras act as catalysts and where the visitor becomes an active part of the creative process. Since 2003, Glimpse has participated in festivals and exhibited its work in museums and gallery spaces. While experimenting in the fields of photography, video and installation art, Glimpse has always remained faithful to three principles: Interactivity: The visitor participates actively in the creative process. Recycling: Most of the props, clothes, images and films used in the process of creating new material are what most of us consider to be ”trash”. (Wikipedia definition: unwanted or undesired waste material.) Playfulness: Approaching the creative process in a relaxed and spontaneous way, leaving space for experimentation in the present moment. Glimpse is made up of Malou Bergman, Mattias Larson, Alvaro Campo and Nadja Ekman.

Bruno Giussani is the European director of the TED Conferences and the curator of TEDGlobal. As a member of TED’s senior team, he participates in the definition of TED’s strategy and in the management of its activities. He is also a writer – his articles have appeared in many media including the New York Times and the Economist – and an entrepreneur who has co-founded three Internet companies. He is based in Switzerland. (www.ted.com)

Petra Wadström was brought up in a creative environment. At school, she studied science and then went on to become a technical research assistant at the Karolinska Institute in Stockholm. She also worked in Basel, Switzerland, with Professor Arber, who later became a Nobel Prize winner for DNA sequencing. Petra continued her microbiological research and also found time to study at art school for a few years. Petra’s creative and curious mind has created art exhibitions that have inspired people in Sweden and Australia. And her drive to invent and find practical solutions to problems has resulted in many products, the latest of which is the prize-winning SOLVATTEN (a water cleaning system for households). She hopes that her creativity and innovation will inspire others to find new solutions for the good of humanity. www.solvatten.se

Architect and designer Anders Wilhelmson is the founder of Peepoople and is regarded as one of Sweden’s most visionary intellectuals, advocating progressive and thought-provoking views on urban living and social issues. Wilhelmson is a man who acts as big as he thinks. He was recently commissioned to move an entire city in the extreme north of Sweden. Now he has decided to take on a no less daunting task – the growing sanitary problems of an ever greater part of the world’s population living in slums and shanty towns. Wilhelmson’s idea is to wrap up this problem in a bio-degradable, self-sanitising and odour-free bag, affordable even to the very poorest. A solution that is much simpler, easier and cost-effective, and can be implemented more rapidly than the infrastructural investments dependent on complex institutional change that until now have dominated the policy agenda. A solution with the power to provide 2.6 billion people with their own toilet. But the benefits of Wilhelmson’s innovation don’t stop there. It also means more dignity, self-esteem and status for the individual. And after use, the bag can be used as fertilizer. In this way, the perspective shifts from a gigantic problem to a valuable social and economic resource. Listen to how all this is within reach today. PeePoo Bag How to provide toilets for the 2.6 billion people who need them. Every 15 seconds a child dies due to poor sanitation. This makes it one of the biggest challenges facing our planet. But thanks to a simple innovation, there might be a solution. Listen to Anders Wilhelmson’s vision about how to bring better sanitation to billions of people at minimal cost.

Martin Forsling is an entrepreneurial company builder in the technology, media and entertainment industries. He co-founded – and as CEO, profitably grew – the Swedish e-business Axon IT from scratch to 140 employees. Martin was also on the board of the French listed company Valtech SA as it grew from 300 to 1000 employees and he has been on the board of 10+ start-ups in the fields of technology, media and entertainment. Martin has been a leader his whole career, with a focus on networking, setting up new operations, building teams and coaching them for growth. He has a true interest in developing user-friendly technology, and his main experience comes from mobile, gaming and Internet end user services. He holds an MBA from the London Business School and a Masters in Computer Science from the Royal Institute of Technology in Stockholm. Augmented Reality: Ghost in the machine New technology gives us visions about the future, but it often takes many years until these ideas provide us with useful everyday products and services. In this speech, Martin proposes that the long awaited augmented reality is no longer science fiction, but will deliver what it promises. This is exemplified by a current project in the world of computer gaming.

Christina Öhman manages the strategic development and innovation at the Interactive Institute, and has over 20 years’ experience in design and innovation covering a range of sectors including architecture, design, IT, usability, communication and marketing. In 2002, Christina joined the Interactive Institute and has since continued to focus her efforts on developing new design and strategic opportunities within applied research as a Studio Director charged with establishing and running the Power Studio. She has successfully developed her area over a four-year period, achieving internationally recognized results in design, energy and IT. She was the head manager for the ground breaking Static! project which aimed at exploring new ways of supporting energy awareness and behavioural changes by design. She is internationally recognized in this area with several official assignments for companies and organizations such as the Swedish Energy Agency, Accenture, NCC, Ericsson, the Swedish Institute and the Swedish Knowledge Foundation. Key words: Sustainable design, sustainable development, environmental communication, service design and energy awareness.

is about to hand in a PhD thesis on verifiable electronic voting, has two previous degrees in information technology and runs the independent Swedish publishing house Recito with a view to change the world. Verifiable elections: electronic voting done really well. So far electronic voting equipment has given us little more than a headache but David Bismark presents research into verifiable elections that will give the voter the power to check that her vote has been counted and that the final tally is correct. Imagine knowing for sure your vote counted. Imagine having something close to mathematical proof that the final tally in Afghanistan, Iran and the USA reflects the will of the people.

Edna Eriksson works as a consultant in the areas of diversity, gender, human rights and equality. She has worked for the Swedish government at the Ministry of Labour and at the Ministry of Culture. She was also a member of the Swedish board All Different – All Equal. Today she is a member of the board against discrimination, a new governmental agency. Edna also has a journalist background and has been active in several non-governmental organizations. She likes music and was once a professional disc jockey. Diversity 2.0 – What you see is NOT what you get

has turned the accepted conditions and past norms of drum playing up-side-down. He is fascinated by the melodic function of solo fiddle performers of Swedish folk music, and this forms the basis for his playing. His goal is not to play something that fits in with folk music, but rather to play something that undoubtedly IS folk music. He achieves this by studying solo fiddle players and applying every minute detail to his percussion playing. An important question within his work is how central aspects of melody, such as hierarchical form and phrasing, melodic contour, ornamentation, etc. can be represented percussion playing on a drum kit where precise pitch transitions are not possible. Other important questions concern how to capture the rhythmic and metrical flexibility and ambiguity of Swedish traditional fiddle music on an instrument in which the rhythmic expression is precise and explicit. In his work, Petter explores the artistic possibilities in this translation based on the idea that this is really solo percussion music. Learn more at www.rhythmofsweden.com. 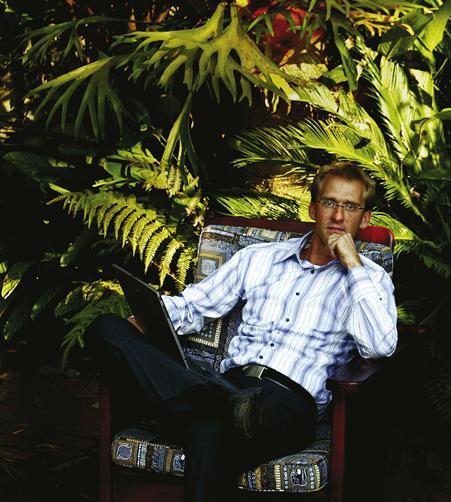