Newton and Helen Mayer Harrison are leading pioneers in the eco-art movement. They have collaborated since the mid-'70s as historians, art activists, and diplomats to examine global environmental stresses and climate change. They are research professors at UC Santa Cruz and professors emeritus from UC San Diego, and also principals of the Harrison Studio and co-directors of the Center for the Study of the Force Majeure at UCSC.

Tandy Beal is an award-winning dancer, director, instructor, performer, choreographer, and designer of artistic experiences. She served as artistic director for the Moscow Circus in Japan, the Pickle Family Circus, and since 1971, Tandy Beal & Company. She’s a theater arts dance lecturer at UC Santa Cruz who has brought world-renowned artists to area schools, 48 states, and the world. Tandy will dance to music by her lifelong partner and composer, Jon Scoville. This talk was given at a TEDx event using the TED conference format but independently organized by a local community. Learn more at http://ted.com/tedx

Bansi Shah is co-founder and chief technical officer of HealthCrew Inc., a healthcare company building chronic disease management software. She graduated from Stanford University, where she studied computational science, and is finishing her master's degree in statistics. She was the founding data scientist for Lattice Engines. She speaks about how collaborative medical care can help our healthcare system achieve better outcomes at lower costs.

Dr. Barry Sinervo leads a multinational research team of scientists, working from the equator to the polar regions. The UCSC professor in the Department of Ecology and Evolutionary Biology was recently awarded $2 million to study impacts of climate change on California ecosystems at the UC Natural Reserve System, the world's largest system of university-administered natural reserves, featuring examples of most major California habitats. This talk was given at a TEDx event using the TED conference format but independently organized by a local community. Learn more at http://ted.com/tedx

Benjamin Doerr is a musician, recording artist, storyteller, and teacher whose Seattle-based indie-folk band, St. Paul De Vence, was born out of a deep connection to the past and to his relationship with his grandfather, who came of age under Nazi occupation and went on to fight with the Free French Forces. Fellow bandmates in St. Paul De Vence are Lydia Ramsey, a talented singer-songwriter, and bassist Kale Lotton.

Bez Stone is a community organizer, lecturer, teacher, Stanford-educated writer, and certified life and relationship coach. She is CEO of OneTaste SantaCruz, which teaches a partnered sexuality practice that is said to bridge the gap between mindfulness and sexuality. She’s also chief operating officer of The Relating Gym, “the first gym in Santa Cruz — for your relationships.”

Brenda Romero was the first game designer in residence at UC Santa Cruz’s Center for Games and Playable Media and leads the new master’s degree program in games and playable media at UCSC’s Silicon Valley Center. A game designer, artist, writer, and creative director who entered the video game industry in 1981 at age 15, she received the 2013 Women in Games Lifetime Achievement Award from Microsoft and was awarded a Fulbright Fellowship. This talk was given at a TEDx event using the TED conference format but independently organized by a local community. Learn more at http://ted.com/tedx

Cecile Andrews is a former community college administrator with a doctorate in education from Stanford University. She is a community educator, giving classes, workshops, and forming study circles on the subject of Community Building. She is the author of Circle of Simplicity, Slow is Beautiful, Less is More, and the recent Living Room Revolution: A Handbook for Conversation, Community, and the Common Good.

Christy Hutton is a UC Santa Cruz graduate, with a masters in molecular, cell, and developmental biology. After six years of research at the university, she taught biological sciences at Kirby School and has had various administrative positions. Her recent work focuses on taking what we know about neurodiversity and learning differences in students and using it to create a challenging, individualized curriculum.

Dan Costa, professor of ecology and evolutionary biology at UC Santa Cruz, researches the adaptations of marine mammals and seabirds to life in the marine environment. For more than 40 years, Costa has traveled the world to study marine animals, from albatrosses and seals to penguins and seabirds. He’s also been featured in KQED’s QUEST TV program, “Why I Do Science.”

David Dennis is a Microsoft product manager, co-founder of Ventana Surfboards & Supplies, a philanthropic photographer, and a former public school teacher for at-risk kids. His acclaimed photo exhibit called Faces of Santa Cruz County raised money for 180/180 Santa Cruz, and his Board Makers of Santa Cruz portrait show benefitted the local chapter of the Surfrider Foundation. He’s now working on a portrait exhibit and fundraiser for the Digital Nest in Watsonville.

Dr. Barbara Rogoff is a UC Santa Cruz Foundation Distinguished Professor of Psychology. She studies the cultural aspects of learning and collaboration among children and spent more than three decades researching child development in the Mayan town of San Pedro in Guatemala. She has written four, award-winning books, including her latest, Developing Destinies: A Mayan Midwife and Town.

Dr. Bruce Damer, a research associate in the UC Santa Cruz Department of Biomolecular Engineering, has 30 years of experience in the design of complex systems from software to virtual worlds, spacecraft missions, and the origin of life chemical models. He’s also CEO of DigitalSpace Research, founder of the Contact Consortium, and curator of DigiBarn Computer Museum.

Dr. Bruce Damer, a research associate in the UC Santa Cruz Department of Biomolecular Engineering, has 30 years of experience in the design of complex systems from software to virtual worlds, spacecraft missions, and the origin of life chemical models. He’s also CEO of DigitalSpace Research, founder of the Contact Consortium, and curator of DigiBarn Computer Museum.

David Haussler is scientific director of the UC Santa Cruz Genomics Institute and director of the Center for Biomolecular Science and Engineering. His work has spawned a cancer research project, a project to map the genome of 10,000 animal species, and programs in computer science, mathematics, microbiology, and medical research. He has a private firm, Five3 Genomics, and is a leader in a global alliance of 70 organizations to fight disease via sharing of genomics and clinical data.

Ed Reed is a retired health educator who developed a lecture series on “The Art and Practice of Living Well.” He was a heroin addict for 40 years, imprisoned four times and in dozens of treatment programs before he got into recovery. Eight years ago, he released his first jazz vocal CD, followed by three more CDs, and at 86 was voted by online jazz critics as No. 1 Rising Star in the male vocalist category.

Elizabeth Murray is the author of "Monet's Passion" and "Living Life in Full Bloom." She's also an artist and workshop leader. Passionate about nature and creativity, she's spent 30 years working to restore and photograph Monet's gardens.

Flora Lu, associate professor of environmental studies at UC Santa Cruz, is an ecological anthropologist and the author of two books. She has worked in the Ecuadorian Amazon since 1992, studying the impacts of ecological, economic, and cultural change among Native Amazonian communities. Her current work examines the complex interface of hunter-gatherers and oil companies in a biodiverse forest.

Jim Tamm is a former law professor and senior administrative law judge for the state of California. He mediated nearly 2,000 employment disputes and handed down legal decisions that impacted national labor policy. He’s worked for 40 years in the field of alliance building and conflict resolution, and is an expert in building collaborative workplace environments. He’s the author of “Radical Collaboration,” published in 2005.

Mark Heinlein is described as a “modern-day Everyman.” He lives a working man’s life as a fishmonger at a grocery store in San Jose. But he’s also an award-winning poet, whose poem “Gravity” was selected for the 2012 “Poetry On The Move” campaign, and who traveled on the buses and light rail system throughout Santa Clara County. In 2014, he published a book of his poetry, “Everything We Call Ordinary.”

Matt Beaudreau is vice principal at Adventure Christian School in Roseville and a teacher trainer with the Center for Teacher Effectiveness. With his nickname, Education Dude, he has given keynote speeches at education conferences and worked with more than 10,000 educators across the country. He is the lead on a committee to build a state-of-the-art high school in Northern California.

Myles Forman is an upright and electric bass player out of San Jose, CA. Myles earned a B.A. in Philosophy from San Jose State University. He has played in many projects but is most proud of his current work in the San Jose based soul rock band ‘Melted State’.

Robert Singleton co-founded Civinomics, which focuses on civic engagement, the year before he graduated from UC Santa Cruz in 2012 with a degree in politics and environmental studies. Aside from being chief marketing officer for the online platform, he works as policy analyst for the Santa Cruz County Business Council and is the content manager for the Monterey Bay Economic Partnership.

Sarah-Jane Murray is an EMMY-nominated screenwriter, writer and producer of documentaries, author of several books, and associate professor at Baylor University, in Texas. She was born in Ireland and educated in France, and she earned her PhD in literature from Princeton. As a story designer, she says she believes stories, when they are well-told, can change the world. This talk was given at a TEDx event using the TED conference format but independently organized by a local community. Learn more at http://ted.com/tedx 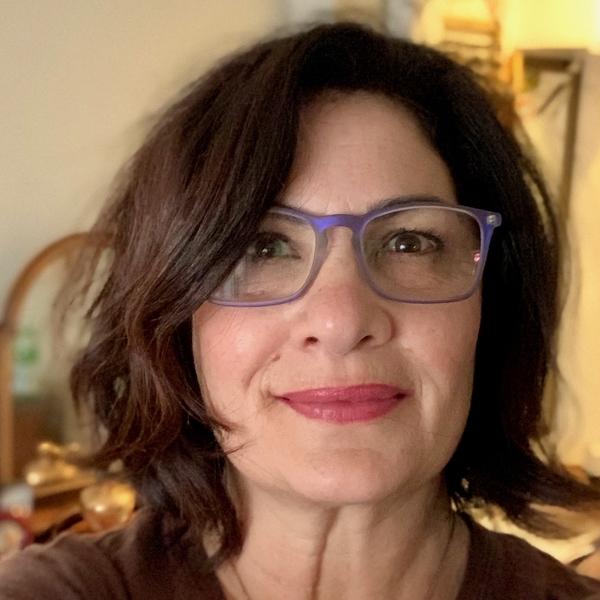 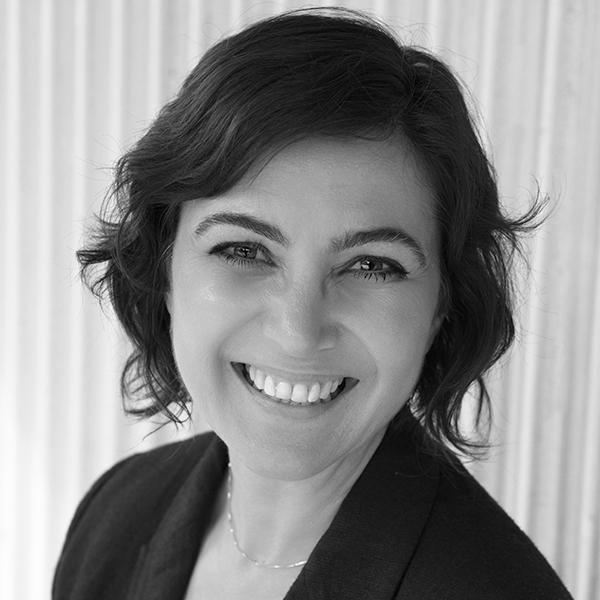