Around the theme of “Echo”, will look for the time’ sympathetic sound and explore the collision of thinking. By listening, thinking and feedback, we are ecpected to review ourselves, enrich the though and chrish the world. Meanwhile, we value the original sound and draw the most authentic source of energy in the most simple language and the most natural expression.

YungsungHuang，who dedicated himself to editing, publishing and binding design, has been esteemed as the “Godfather of Editing Industry” in Taiwan. In 2006, he won the title of “The Watchman of Folklore”. In the past forty-four years, he and his team has endeavored to collect and arrange folklore culture of different Chinese regions. After all their effort, they built up a “gene pool” of traditional Chinese folklore culture. Mr. Huang is one of the founders of Echo of Things Chinese. Apart from the magazine, he published the world-renowned series of Chinese Fairy Tales. What’s more, he is recognized as the nomenclator of “Chinese knot”. Echo of Things Chinese has been selected as one of the excellent books of Asia for many times and was rated “The Best Expert Publication” by TIME in USA in May 2006. From 2009 to 2014, Mr. Huang has promoted “Cicheng: Work of Nature” in Ningbo. He schemed six exhibitions on “Mothers’ Art” and a series of exhibitions concerning fathers’ and brothers’ mud and wood in the ancient town of Cicheng, creating chances for the communication between craft masters and design novice and allocating culture and creative designs to concrete industries. Thus the manufacturing industry in Yangtze River Delta could be driven and the craft industry even the whole manufacturing industry could be vertically integrated.

Student of School of Architecture, Tsinghua University First prize winner of the 2014IVA International VELUX Architectural Student Design Competition The winning project “Light, Revitalization”, created by Li Le, along with Du Dikang, Zhou Yujing and Ma Yao, stood out among over 2,700 teams from 86 universities of the world. The work combines the 24 solar terms in Chinese traditional culture to unveil the relationship between life and light and to explore the application of solar buildings in the future. The committee spoke highly of this project for it “satisfies all of our expectations”.

Genealogy collector, writer Monographs: Annotated Genealogy of Cixi and Yuyao(two county-level cities in Ningbo, Zhejiang Province), On Collecting of Chinese Genealogy, Yangmou (a novel), Transactions on Genealogy of Rare Celebrity Collected in Sisui Cottage (as editor). His masterpiece, Transactions on Genealogy of Rare Celebrity Collected in Sisui Cottage, won the first prize of National Excellent Ancient Book Award in 2012. It was listed in the 12th Five-year National Key Books Program, with the first two volumes (hardcover series of62 volumes) being published by Guangxi Normal University Press. Li Shuangjie is not only a member of Chinese Writers Association but also Guest Researcher of Tianyi Pavilion. He was awarded as the contemporary top ten collectors in Ningbo (2011). He published several monographs, such as Annotated Genealogy of Cixi and Yuyao, On Collecting of Chinese Genealogy and so on. His novel named Yangmou won the prize of excellent works in “Five-One Project” (an award for top one book, TV series, play, film and article) of the 11th Ningbo Spiritual Civilization.

Actress of Ninghai YueOpera Troupe, sixth generation successor of Ninghai “ShuaYa” (a traditional local performance playing with wild boar tusks). Xue Qiaoping has been keen on “ShuaYa” for years. Though as a unique skill of over 400 years of history, Xue Qiaoping is almost the last watcher of the endangered traditional folk art. Ninghai “ShuaYa” is an ancient folk art of the Han nationality. As the unique technique of Ninghai “Ping Diao” (a kind of local opera), it is comparable with the face-changing of Sichuan opera and thus listed as a state-level intangible cultural heritage. Performers of “ShuaYa” have to hold 8 to 10 boar tusks in their months. Meanwhile, they have to sing, read, beat, etc. as the plot progresses. XueQiaoping, as the successor of “ShuaYa”, once suffered from canker sore because of continuous practice of the folk art. In order to let more people acquaint with “ShuaYa”, she has been giving performances all around China for years. Her performances were shown in the New Year’s Eve Party of CCTV, the show of the first Chinese Cultural Heritage Day and China Talents.

Graphic facilitator, graphic recorder Mao Paopao, through artistic thinking ways and painting graffiti, inspires people to find beauty and creativity in their life and work, showing their own ideas and finding solutions for problems. Mao Paopao was a lecturer of International Business &Management Study (IBMS) in the International College, Avans University in Holland for 7 years and a 3-year full-time Emotional Quotient (EQ) trainer in Schouten & Nelissen, a Holland training agency concentrated on leadership development. With the mission of “Created in China”, Mao set up the “Visual-Bubble Workshop” in Shanghai and traveled around the world to collect inspirations for her creations in 2012. Being one of the 80s generation, she considers “Create，Share & Enlighten” as the essence of life. She is also a traveler around the world, doodler, initiative thinking trainer and visual facilitator.

Director of Qingdao AnotherLand Folk Arts Culture Exchange Center In the 21st century, economy is served as the mainstream of social formation in China. However, Guanhua Don proposed a nonprofit small community lifestyle, and he himself has been practicing it for many years. He also strives to promote the urban transformation and to rebuild the relationship between people and between man and nature through nearly marginal personal actions and independent thinking. As a concept artist, Guanhua Don has already created a series of famous action arts and concept image productions when he was eighteen, which attracted extensive international attention. At first, he had been doing business since he left school. After 6 years, he closed his design company and retreated into a forest with his wife. During his living there, he explored a self-sufficient lifestyle, namely obtain their daily necessities like clothes and food all by his own hands. What’s more, he founded AnotherLand, a nonprofit organization, which is the only one specialized in the exploration, integration and service of the Intentional Communities (also named as Ecological Village) in Chinese Mainland. With all these contributions, he is regarded as the founder of Chinese Intentional Communities.

Group Creative Director of Shanghai Ogilvy Advertising Co., Ltd, Chinese top advertising artist winner of the design award in Cannes Lions International Festival of Creativity Being the first Chinese cross-boundary artist who introduced the contemporary art to advertising creative and design, Jody Xiong dedicates himself to advertising ideas and cross-boundary experiments and explorations in many fields. Jody Xiong believes that many issues in the world, such as environment protection, poverty and war, can be solved through creative ideas and meaningfully creative ideas could make the world better. As an adperson, he has been conducting cross-boundary experiments and explorations in many fields including painting, sculpture, installation, behavior, environment, plane, photography, short film, and science and technology. By the means of new forms like device, science and technology and behavior,he has also integrated contemporary social issues with vanguard arts and brought them to the public, arousing strong social concern.

Balladeer, launched Album Drippy Days Music can be complicated, but also can be very simple that only two chords will be sufficient; poems can be vehement, but also can be peaceful that they would arise echoes from the deep heart; lives can be noisy, but also can be lonesome that a book and a cup of tea, or maybe a song, in life will be completely enough. Zhang Guonian’s songs are simple, peaceful and lonesome, yet with a sense of richness and a kind of romance that cannot be explained by tears, arousing an unspeakable loneliness and a deep feeling from heart. The starry sky and the whole universe are shared by all people, while the innermost corner can only be kept on one’s own heart. We bustle about everywhere, meeting and forgetting, while only memories are remained because of the same road we walk through, the same person we know or the same mood we share. Likewise, Zhang’s songs are only for the right ones.

CEO of Knownsec, top hacker in China Zhao Wei established an information technology company named Knownsec with some other like-minded hackers. They are fighting an anti-hacking battle at the forefront and attempting to create a safe, credible, open and transparent Internet environment. Faced with the complex Internet security status at home and abroad, some hackers may not resist the temptation and will seek profit by their skills in improper ways. Others, however, will say no. Zhao Wei is one of this kind, standing at the frontline of anti-hacking. He gathered a group of technicians featured with “the spirit of hacker” such as open-source, creativity, being enquiring-minded and doing no evil. They set up Knownsec to protect the Internet users in China from the harm from illegitimate behaviors of hackers.

Principal of Huayi Brothers Foundation As a rural film projectionist, Sun A’mei through film shows the children in rural areas the vast world and inspires them to discover more possibilities of their future. Fundraising alone for 900 days, she shot “One Day”, a 90-minute-long film and China’s first public movie with 12 celebrities involved for free and nine young directors joined in. The movie changes the public’s opinion towards exceptional children and even improves their awareness of these children. In March 2011, Sun projected the first open-air movie at Daliang Mountain in Sichuan Province. After doing the job for four years, she launched a project called “Lingqian Cinema” (pocket money cinema).The small cinema, born in a school of a poor area, has accompanied children to grow up. Since then, Sun formally become a rural film projectionist. In the past 4 years, she encountered many kind and simple children. Though they were born and grown up in the villages, their footsteps for dreams have never stopped.

Freelance writer Cai Tong is a writer and an independent researcher in the field of innovation and thinking. He endeavors to find effective ways to improve people’s ability of using their own wisdom. Cai Tong is a doctor of psychology in Zhejiang University and a well-known online writer in Zhihu.com. In recent years, he focused on the research of the ways of learning, thinking and innovation and published two well-received e-books, namely Open Intelligence and The Art of Deep Learning on the “Salt-Series” e-books of Zhihu.com.

NPLUS NewMedia planning director, founder of CAPE（HiCAPE.com）. Chen Lu drives and supports young people to practice in local regions through social cooperation. He tries to establish a connection between young people, business and the society in an innovative way. Chen Lu concentrates himself on exploring the digital marketing and provides brands with innovative technologies’ marketing solutions. Meanwhile, he focuses on the youth exchange and practice in the globalized environment and creates a cross-regional platform for youth exchange and practice. He also drives and supports young people to practice at their local region through social cooperation and tries to create an innovative youth-business-society mode to explore youth development and community building. He was awarded as one of the China’s Emerging Youth of 2012 by the New Younger Magazine and was listed into the 100 youth elite by City Pictorial in 2014. 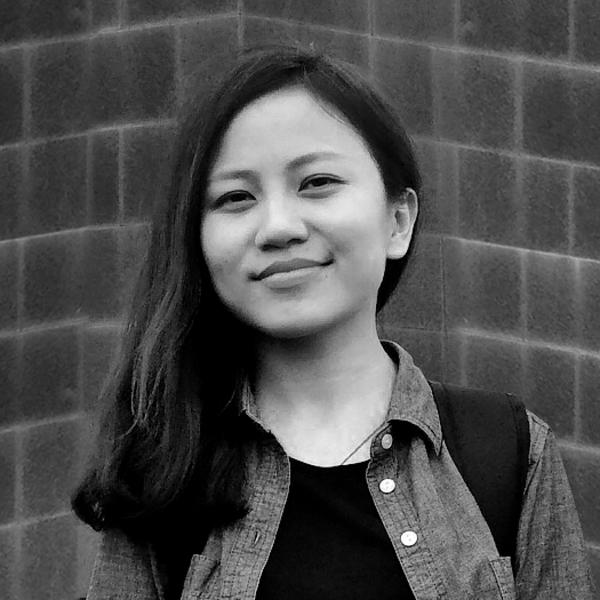