This was our 3rd TEDxTauranga. It was even bigger and brighter and more informative. 10 live speakers on stage + 3 entertainment acts + food and drink all day was included in the ticket price. We sold out with 1010 people in our audience.

Phil Howell and Alex Tilley are a duo playing alternative acoustic folk. Phil's the lead vocalist and plays guitar while Tilley plays a de-constructed Double Bass and sings backup. They incorporate their own ideas, using a slide guitar, the more traditional acoustic guitar and an unusual, fold-up-for-travel, upright bass, to create a sound that is uniquely their own.

John Boone and Lucie Feenstra combine to form Rhythm Interactive. Rhythm is a pulse, it’s a beat, a frequency wavelength, it's something we can feel, something that makes us react and for people to connect to.

The future of medicine has reached new heights with scientists now able to take mature human skin cells and “reprogram” them back to stem cells. Neuroscientist, Associate Professor Bronwen Connor is based at the Centre for Brain Research at The University of Auckland. Her novel, ground-breaking work involves the direct reprogramming of adult human skin cells to brain stem cells which can then be grown into any type of mature brain cell. Her technique is unique in that it uses adult human tissue negating the use of embryonic stem cells and the ethical issues associated with their use and allows the use of a patients own skin cells to generate the brain stem cells, removing issues of rejection. This innovative technology also allows researchers to generate human brain cells from patients with neurological disorders, such as Parkinsons or Autism, to gain a better understanding of the cause of these disorders.

It should be a Human Right to live in a society or environment that is not detrimental to our health. However, New Zealanders do not have legal protection at any level in our consitution to enforce this fundamental necessity. Catherine Iorns is a Senior Lecturer in the School of Law at Victoria University of Wellington, where she researches, writes and teaches on environmental law, human rights, and statutory interpretation. Ms Iorns is also a national board member of Amnesty International Aotearoa New Zealand, of 350 Aotearoa, and of Environment and Conservation Organisations of New Zealand.

After an initial career in conservation, David headed to Princeton University on a Fulbright Award in 2005 to begin his PhD. It was during his doctorate that he got hooked on pollination, with a focus on native New Zealand plants. As a scientist with Plant & Food Research he now studies the pollination of economically important crops, bringing an ecologist’s perspective to production systems. He leads a government and industry funded programme to develop alternative pollination systems and spends considerable time pondering the complexities of avocado pollination and dreaming up new ways to house bumblebees.

He toa taku tini taku toa Ehara te toa taki tahi Mine is not the strength of one but the strength of many Ellis Bryers is the director of Mihi Engagement. A business that designs and delivers training in Maori cultural awareness. Ellis’s vision is of a nation where Maori cultural practices are understood and utilised daily by both Maori and non-Maori in a way that unifies our nation and builds our cultural identity as New Zealanders. Ellis is of Nga Puhi descent and he lives in Tauranga with his wife Anne and son Te Arai.

Harold grew up gay at a time when being gay was not talked about. So he spent the greater part of his life aspiring to be accepted socially and professionally. Harold trained as a clinical psychologist, and developed a passion for leadership while teaching in the military. At a point in his career he decided to be honest about who he is. Harold now provides coaching services to executives and organisations and is a published author.

As a kid in the ‘90s, Jason’s parents were given his diagnosis; doctors declared him afflicted with Attention Deficit Disorder and therefore mentally disabled. Worse even than the fact that this diagnosis was incorrect (he has high-functioning autism) was that the adults in his life told him that his differences meant that he would never achieve social, academic, or professional success. Jason refused to accept his "disability", his fear of public speaking and is now a father of one.

"The Sandman" - Artist, Scorcerer and Storyteller. Marcus Winter conjurers mystical apparitions out of thin air and blurs the lines between conventional painting, street art and theatrical performance. Starting from the streets over a decade ago, Marcus began creating live spray can art works after learning from a street artist from Europe. Taking some cardboard down to the local "Otara Fleamarket"- he set himself up on the pavement and began to do his thing. After many years on the pavement, at markets and city streets, he travelled Bogota, Colombia to learn an ink artform. The use of Sand as his preferred medium which was a natural progression from ink art and has taken him from the streets to the stage.

Michael owns and operates NZ's largest farm of 1,700,000,000 earthworms to turn industrial sludge into organic, fertiliser. He is a soil scientist who found himself employed to solve the problem of industrial waste and the baren lands left behind by forest harvesting. This is the story of turning muck into gold.

Rachel is a nutritionist with an interest in how food and our environment influence, benefical or not, our wellbeing. Her talk causes you to think on what we are doing to ourselves and how we can overcome them.

Sir Ray Avery, is a leading New Zealand scientist, innovator and inventor. A man approaching household-name status in New Zealand, he says New Zealanders are perfectly suited to innovation because we don’t like rules, we don’t like the status quo, and we dare to dream. Sir Ray's inventions include: Acuset IV Flow Controller: A device that facilitates the safe administration of potent IV drugs Lifepod infant incubator: A high-tech low-cost incubator that uses patentable technology to reduce the mortality rates associated with upper respiratory tract infections of premature babies Proteinforte: An amino acid based functional food used for the treatment and prevention of protein-energy malnutrition.

Someone described Stephen as a tinkerer who walks the talk of maker spaces. An unusual description for a teacher. But here's a principal who devised Zombie Robot Club at his school to encourage thinking by learning code and design to make robots. Now ZRC is run in school hours and to participate when the Zombie sign is in the window, the students have to get away from their current class, requiring all kinds of inventive excuses! School's never been so much fun and it's producing digitally literate children. 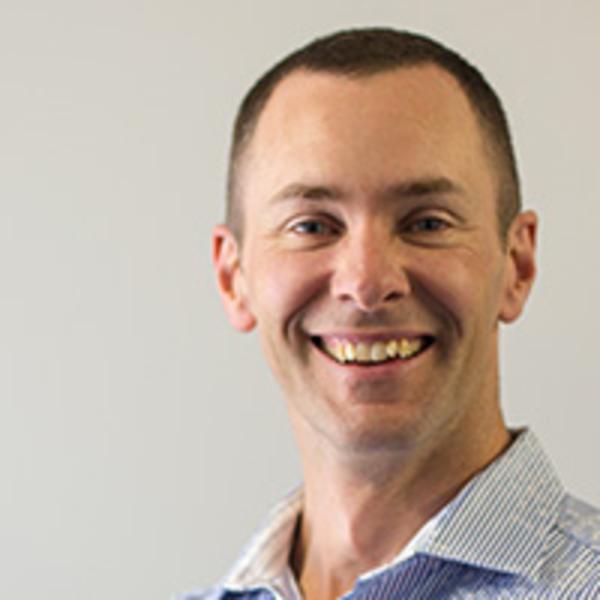