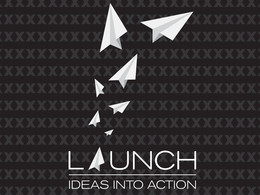 TEDxGrandForks 2015 will explore what it means to move beyond amazing ideas, launching them into action. Take an active role in launching yourself, your organization, and your community to the next level. Engage in a conversation about how to make "ideas worth spreading" into "ideas worth doing."

TEDxGrandForks 2015 will engage attendees with a diverse representation of speakers from an array of industries and experiences. In addition, the event will highlight exciting changes and opportunities that have launched right here in our region.

“Live in the present, launch yourself on every wave, find your eternity in each moment.” - Henry David Thoreau

A cheerleader of possibility, Alex Gilliam is the founder of Public Workshop, an organization that redefines the way youth and communities participate as citizens and leaders in the design of their neighborhoods and cities. Alex fundamentally believes that great design, empowerment, innovation, and having fun are not mutually exclusive. Uniquely combining his skills as a designer, educator, expert builder, and entrepreneur, he leads multigenerational design-build community projects, develops placemaking initiatives, constructs maker spaces for people of all ages, devises transformative youth design leadership programs, and creates innovative participatory design tools.

Anna Astvatsaturian Turcotte was born in Baku, Azerbaijan. As the Soviet Union began its collapse, Anna and her family fled ethnic cleansing in the fall of 1989 as Armenians, a Christian minority of Azerbaijan. They spent over two years in blockaded Armenia as refugees before coming to United States in 1992. In 2012, Anna published her book, titled “Nowhere, a Story of Exile,” written at the age of 14 as her family settled in North Dakota. The book is based on the childhood diaries she kept as her family was fleeing Baku, Azerbaijan and during life as refugees. In April 2013, Anna became the recipient of Mkhitar Gosh Medal, Republic of Armenia’s highest civilian honor awarded by President Serzh Sargsyan for exceptional achievements in the political-social spheres. Anna is a notable human rights advocate and has testified about the plight of Armenians of Baku and Nagorno-Karabakh in Washington, DC and in the European Parliament in Belgium.

Born in Hong Kong but raised in the United States, Bill Wong, OTD, OTR/L didn't speak until he was nearly three. Although he demonstrated restricted and repetitive behavior, his pediatrician refused to diagnose him with autism because of his high IQ. It wasn't until after obtaining an undergraduate degree in statistics and finding limited job prospects that Bill was finally diagnosed with Asperger's Syndrome and discovered his passion in occupational therapy. Since 2010, Bill has completed a Master's degree in Occupational Therapy and received his clinical doctorate. Now an established clinician with a specialty in autism, he is also a well-known presence on social media - an avenue he uses to share his successes and challenges as an individual with autism. Moving forward, Bill plans to use his passion to engage students in Chinese speaking countries with education in their native language, while continuing to establish himself as a leader in OT and autism communities.

Jason Schaefer’s passions center on themes of innovation, community, and sustainability. He brings a great deal of enthusiasm coupled with Midwestern pragmatism. Jason currently serves on the boards of the Grand Forks Downtown Development Association and Amazing Grains Food Cooperative. Jason has always had a strong interest in cities and had the chance to live in some great ones, including Almuñécar, Spain; Missoula, MT; Boston, MA; Washington, DC; Fargo, ND; and, of course, Grand Forks, ND. Last year, he was awarded a McCloy Fellowship to study urban sustainability initiatives while visiting Amsterdam and seven cities across Germany. Recently, he traveled with a delegation of leaders from Fargo to learn about creative initiatives in downtown Winnipeg, Manitoba.

A high school senior from Warroad, Minnesota, Jonas Fisher has always had a keen curiosity about music, instruments, composition, and the process of perfecting one's musical abilities. Jonas began playing piano as soon as he could reach the keys and has had formal lessons for the past eleven years, currently studying with Dr. Nariaki Sugiura at the University of North Dakota. In addition to piano, Jonas plays several other musical instruments, including euphonium, bassoon, clarinet, oboe, and flute - and several of those completely self-taught. Jonas is also an accomplished composer, writing music for solo piano, orchestra, ensembles, and choral music. His quintet, “Credence,” won first place in the state of Minnesota Junior Composer's Contest in 2015. This fall, Jonas will begin college where he plans to study music and mathematics.

Maggie Bergeron is an organizer, choreographer, dancer, and teacher. She currently choreographs and directs Maggie Bergeron & Company; dances in her own work and the work of local choreographers, most recently Angharad Davies and Chris Yon; instructs dance majors at the University of Minnesota Dance Program in pedagogy and composition courses; and directs the Dance Department at the Saint Paul Conservatory for Performing Artists, a charter school for grades 9-12 committed to pre-professional training in the arts. Maggie spent nine years dancing in the choreography of Joanie Smith and Danial Shapiro as a company member of Shapiro and Smith Dance. Maggie’s work has been seen nationally on the North Dakota Ballet Company in Grand Forks, ND; Keshet Dance Company in Albuquerque, NM; Interlochen Arts Academy in Michigan, and the Cincinnati Conservatory for Music’s Dance Program in Ohio.

Natasha Thomas is a board certified music therapist, belly dance instructor, and prime mover for race-related activism living in Grand Forks, North Dakota. By day she teaches at the University of North Dakota in their Music Department and manages a downtown studio for a local Middle Eastern dance troupe. By night she performs music, theater, and dance, while plotting different ways to think about race. Natasha is particularly passionate about bringing people together over concepts of celebrating diversity, breaking down barriers hand in hand with cultural sensitivity, and balancing personal and systemic responsibility.

Renegade bassist and composer Nicholas Gaudette has been playing and performing in the Twin Cities area for over a quarter century. Homebrewed and raised on the outskirts of Minneapolis, Nick began his studies of the bass at the youthful age of 5. Studying classical and non-classical forms of music, Nick completed a Bachelors and Masters Degree in performance from the Cleveland Institute of Music where he studied under the great Max Dimoff, principle bassist of the Cleveland Orchestra, to whom he credits both technique and sense of endless boundaries. Upon returning from Cleveland, Nick joined forces with violinist Zack Kline and pianist Mike Vasich to form the group The Orange Mighty Trio. In this ensemble, he plays mostly with the bow, treating the instrument like a large violin.

An internationally known and respected motivational speaker and fitness guru, Patrick Kasper is the creator and presenter of the mind, body, fitness, and team building motivation program “Positive Motion: Movement with a Message.” Patrick has been an energetic force in the fitness and lifestyle industry for over 15 years. He has shared his message on Oprah, on cruise ships, on television and radio, and presented workshops at colleges, festivals, schools, corporate events, and conventions as a motivational keynote speaker. In 2013, Patrick and his Positive Motion team launched PositiveMotionTV.net, an innovative way for schools to experience and interact with the energy of Positive Motion in a convenient and affordable way, making a positive daily impact on students and staff.

Taylor Mortell is an artist and activist living and working in Boston, MA. Studying at Boston University, Taylor is pursuing a Bachelor of Fine Arts degree in painting and arts leadership. In 2013, Taylor co-founded and led the multifaceted, greater Boston community art project, “Still Running: An Art Marathon for Boston.” Originally created in response to the 2013 Boston Marathon bombing, “Still Running” grew into a year-long series of free community art-making events called art marathons in which all were invited to make artwork celebrating Boston while providing an outlet for the city to heal. In all, “Still Running” held 13 community art-making events and group exhibitions, producing over 300 works of art. In response to her community efforts, Taylor was presented with the Citizen Artist Award in recognition of contributions in art for societal impact.

A former military intelligence officer, Tim Larkin was part of a beta group that redesigned how special operations personnel trained for close combat. He has a 25-year career, training people in 52 countries on how to deal with imminent violence. Over 10,000 clients are trained in his Target Focus Training (TFT) from military special operations units, special law enforcement teams, celebrities, and high profile business leaders on how to use physics and physiology to injure any human(s) trying to attack them. The nation’s leading pro-victim rights and personal safety advocate as well as a member of the Black Belt Hall of Fame, Tim’s numerous magazine covers and articles in the martial arts and self-defense industry are as controversial as his "pro-victim advocate" position on self-protection. 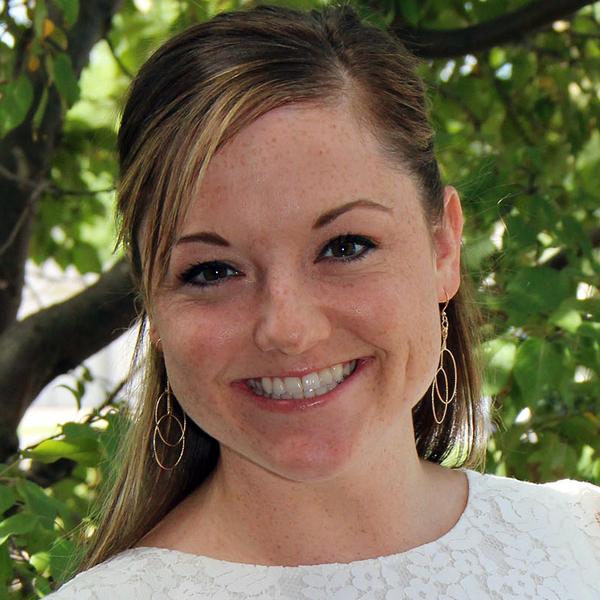