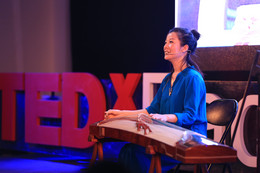 On Jan.17th, 2015, we will launch TEDxFactory798 at Pavilion, Ullens Center for Contemporary Art. The theme this time is Singularity.

Singularity is a hypothetical moment in time when artificial intelligence will have progressed to the point of human intelligence. Once Singularity has been reached, new rule will dominate the world. Ray Kurzweil, the top futurist in US, predicted in The Singularity Is Near, that Singularity will arrive at 2045, when machine intelligence will be more powerful than all human intelligence combined, and intelligence will radiate outward from the planet until it saturates the universe. Kurzweil says evolution moves towards “greater complexity, greater elegance, greater knowledge, greater intelligence, greater beauty, greater creativity, and greater levels of subtle attributes such as love”. These attributes, in the limit, are generally used to describe God. That means the evolution is moving towards a conception of God and that the transition away from biological roots is in fact a spiritual undertaking.

We chose Singularity as the theme because we currently stand at the time 30 years before Singularity approaches and now human history lingers at the crossroad. We bring up the questions we have to face——it’s a challenge, also an opportunity; it’s to be enlightened, as well as imagined. In our current time, technology destroys old order, bringing fear; at the meantime, it indicates a new world to be reconstructed, full of hope. We need to look further, finding the prints and location of the whole timeline that salutes the technological innovation that our times dare to disrupt; we also beat on, boats against the current, borne back ceaselessly into the past, preserving authenticity and purity of human souls against riding tide of time.

TEDxFactory798 will invite 20 thinkers and doers from various fields, together with 500 audience, to imagine, review and challenge the future in 2045.

Session 1: The S-Curve
Our future will not only evolve, but explode. How far are we from Singularity? Where are we now? Will the future be scary or optimistic? Speakers will include scientists tackling Artificial Intelligence, researchers understanding neuroscience, inventors of drones, doctors bringing in technological applications to medical fields, designers of ergonomics, entrepreneurs on economic paradigm shifts like sharing economy and virtual currency, etc.

Session 2: The Renaissance
We return to the resilience of body and nature, guarding the human souls reside in our minds. How can we save endangered traditions? Will our civilization and art co-exist and sustain itself alongside technology? What’s deep in our humanity? Speakers and performers will be publishers of elegant print magazines, dancers like body architects, skillful hand-craftsman creating good old stuff, owners of vintage shops, great artists of our time etc.

Session 3: The Timeless
In mathematics, Singularity is point X = 0 from Y = 1 / X function, which is the restricted area of mathematics, therefore leaving people unlimited imagination. At this point science and humanity converge and this timeless convergence stands up against the rise and fall of time. Invited speakers will be exploring the world’s most eternal things regardless of time change, they are astronomers looking up into the sky, environmentalists protecting our homeland, musicians hybridizing traditional and modern tones and philosopher and poets putting our future to words.

Storyteller, Writer Bonnie’s passion of storytelling started in childhood, and she used storytelling to build a complete imagination of the world. When she was 22 years old she published her first book Love you like loving Bonnie. In the most recent years, she published Old Girl and Seeing the Good. As a scriptwriter for over a decade, she has also been involved in numerous TV programs and films including Ballad of Ocher Land, the new version Dream of the Red Chamber and Spoiled women have the best life.

Chief Creator of Spice Band He has created three solo albums and a lot of experimental music soundtracks, and meanwhile as the chief creator of the Spice Band independently released three EPs, landing major national music festivals. He is currently pursuing his Ph.D degree in philosophy, mentored by Prof Chen Jiaying, who was generally regarded as “The one most likely to be entitled with philosopher in China”.

The Flutist Having studying traditional ethnic orchestra for more than 20 years, Zhang Di has been conducting ensembles incorporating both traditional Chinese flutes and European Jazz. He once performedResonance with Yanni and his band at CCTV Snake Year Spring Festival Gala. After experimenting with numerous instruments in the realm of Pop, Classic, World, Blues, Jazz, Experimental, Soul, Rock, he recently returned to the wonder of a single flute.

The only Huate Couture handcraft hat designer in China With a keen eye for colour, design and fashion, Elisabeth Koch has been sewing, drawing, moulding and generally involved in various creative projects since she was a child. She set up Elisabeth Koch Millinery in 2007 to realize the hats in her sketchbooks. Every hat is a handmade work of art and no two are alike. Her hats and hair pieces have been worn by royalty, movie stars and have gone to the Royal Ascot, the Melbourne Cup and weddings world-wide, as well as been on the covers and editorials of Vogue, Bazaar, ELLE, and other top international magazines.

Marathon runner and CCTV sports commentator He used his footprints to measure the city, running across major cities in US, Europe and China. Two months ago he participated in the "Polar Bear Cup Marathon Challenge” in the Arctic, completing a full marathon and a half with a total time of 8 hours 12 minutes as well as 38th overall ranking. Also through “Jia’s Friends Running” he spread Marathon running in China, inspiring “One man run” to more people running together. Meanwhile, he is a NBA Arena commentator and hosts NBA Forefront on CCTV.

Renowned Astronomer, Curator of Beijing Planetarium Zhu Jin is head of Beijing Planetarium and Beijing Ancient Observatory station, as well as Editor in Chief of Amateur Astronomer Magazine and Representative of Beijing People's Congress. He has achieved groundbreaking academic research on asteroids, and presided on the BAO Schmidt Asteroid Program that discovered thousands of asteroids and a comet, later called "Zhu - Balam" comet.

Zheng performer, Cross-disciplinary musician She is the Royal teacher of a Thailand princess and once performed a solo Zheng during the Beijing Olympic Opening Ceremony. Her music is ethereal and soulfully beautiful and artistically lingering as a Chinese landscape painting. She introduced traditional Chinese culture in a modern way through distinctive playing and singing with a mix of eastern and western instruments. She delivers the expression of Zheng (Chinese Zither) in a fresh way and once participated in film music recordings such as Under the Hawthorn Tree and Ashes of Time.

Renowned Machine Learning Scientist and Head of Baidu Deep Learning Institute He has been committed to creating top-class research institutes in China parallel to Bell Lab and Xerox PARC Lab. They’ve been focusing on building new technology engines to connect human beings and physical worlds more closely. He is the "National One Thousand Talents Project” expert, publishing more than 70 dissertations at top conferences and within academic journals globally, which have been peer cited more than 6000 times.

Film Critic, Screenwriter, Film Producer Prior to 2010, he was mainly involved in film reviews and script writing and was one of the creators of the most influential CCTV program “The 10th Screening Room”, as well as the co-creator of “Weekly Film Review”, by far the most influential chinese film review program on the Internet. After 2011, he co-founded China's largest movie trailer and film promotion material production company, and has delivered trailer services for over 100 foreign and domestic movies.

Managing Editor of VOGUE China, Best-selling Writer on Lifestyle Zeng Yanbing is a media veteran in fashion and currently the Managing Editor of Vogue China. She recently published the new work Love is Dinings Together, which is the first lifestyle book in China on table-setting. In collaboration with the renowned “China celebrity wedding photography” Chai Studio, it narrates a story of expressing love with flowers, food and hearty togetherness.

Entrepreneur who transforms education with Artificial Intelligence After dropping out as a Ph.D Candidate in Computer Science from Cambridge University, Yichi and his team have been committed to making computers understand human expressions with the overall aim of initiating a real education revolution. For the first time in China, 1Course liberalized teachers from trivial mechanical work and allowed them to dedicate more time to creative teaching, thus becoming a real catalyst for a new age of education enlightenment.

Pioneer Choreographer based in US, known as “Kafka in dancing” Before establishing Hou Ying Dance Theater in Beijing, she has been quite active in New York, and was profiled in New York Times as a dancer "who had the audience gasping at the speed of her chaîné turns with windmill arms”. She was once with Shen Wei Dancing Company, and choreographed together with him on the eight-min “Painting Scroll” in the 2008 Olympic Games. Due to her focus on body languages exploring human inner souls and spirits, she was nicknamed “Kafka in dancing”.

Entrepreneur making computers understand the world, Co-inventor of Google Glass Zhao Yong founded DeepGlint, a company dedicated to making computers understand the world through visual perception technology that enables computers to see everyday actions like humans do. Before DeepGlint, he was a Senior Researcher at Google X, where he co-invented Google Glass. He received his Ph.D in Computer Vision from Brown University.

The Poet Zhai Yongming completed the poem anthology Women, known as the beginning of feminine poetry in China. Until now she has been a prolific poetry creator experimenting various styles and possibilities. She has published poems in Europe and the US, and has achieved many accolades including the Ceppo Pistoia Literature Prize in Italy. She also opened White Night Bar with friends, curating literary and art events. 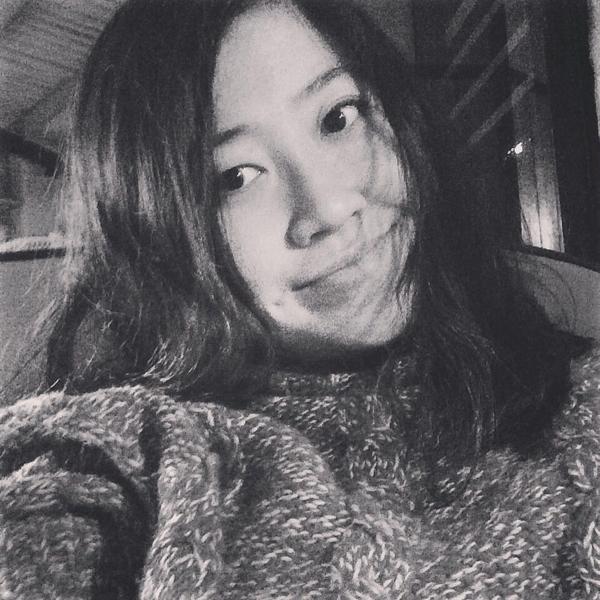