TEDxPatras is the first local, self-organized standard TEDx event organized in Western Greece. It aims to highlight and promote the idea of TED to the regions’ audience, by transmitting, through the speakers, inspiration and motivation for exploring alternative and innovative ideologies.

TEDxPatras focuses on sharing thoughts and valuable experience from the fields of Science, Technology, Education, Entrepreneurship and Arts. The Talks were held by people, who realize their dreams, overcome obstacles, surpass themselves, and evolve. Apart from the ideas worth spreading, TEDxPatras intends to trigger discussion and networking.

Throughout the whole process of setting up the event, the value of volunteering and team spirit is promoted, giving an opportunity for locals to be part of the experience of organizing and carrying out a TEDx event.

Carnival Persona Anonymous Patras Carnival is one of the most widely known celebrations in Greece and one of the biggest carnivals in Europe. This year it became 187 years old. Patras Carnival being influenced by antiquity and subsequent European and Greek elements, it managed to create a special character. Today’s Carnival Persona Anonymous takes a quick peek – behind his black mask – at this colorful long route. The Anonymous Talk is based on an alternative domino of famous people each one of whom played a unique role in the history of Patras Carnival.

Angelo Raffaele Consoli – Founder and President of CETRI-TIRES Angelo Consoli is the European representative of one of the most famous social theorists of our time, Jeremy Rifkin. His talk will focus on the end of capitalism and the new form of economy as it is formed. In particular, he will refer to the society of Zero marginal cost and the dominant model of organizing economic life, the non-profit sector of the economy (collaborative commons) – that tends to prevail over the private – capitalist sector.

Benjamin Jones – Magician In the sea of voices, are we really able to see, hear, touch and feel what’s really there or is it all just an illusion? Are we conditioned by our experiences to perceive the world around us in a specific way? Magician Benjamin Jones through trickery, misdirection and magic, shows that there’s more than meets the eye. Benjamin Jones, also known with his stage name Big Ben, performs the art of Magic from 2002. He works with foreign language classes combining English teaching with Magic entertainment. He has been awarded from the Academy of Prestidigitation in the category of ‘Close-Up Magic’, he activated the International Brotherhood of Magicians in Greece and he has worked with famous professionals in the field of Magic. His future plans are to instill the art to the younger generation through courses, seminars and weekly workshops that are already being organized and delivered.

Dimitri Roussopoulos – Social Ecologist – Author Author, editor and publisher, Dimitri Roussopoulos has a large body of works covering a wide range of subjects, from the international war-system, the crisis of ecology to local democracy. Having published some 15 books, and scores of essays in a number of languages he is widely known as a speaker on issues related to urbanisation, social housing, community development, and urban ecology. He was president of the Taskforce on Municipal Democracy for the City of Montreal, for over 10 years and pioneered the international recognized “Montreal Charter of Rights and Responsibilities” and is currently vice-president of the Institute of Policy Alternatives of Montreal (IPAM) and chair of the Transnational Institute of Social Ecology (Athens).

Haris Vlavianos was born in Italy. He spent his childhood in Greece and studied in England. Divided between three different cultures, he formed a unique poetic and literal identity. Besides being an exceptional poet and writer, he has also translated several famous American and European poems, he is the Director of “Poetry” Magazine and Professor of History of Ideas at the American College of Greece. Having an extensive resume, in March 2014, he released his first novel-autobiography “The Blood Water”. Through the eyes of a child he points out events, thoughts and consequences while he outlines different aspects of his character and how his life and personality was affected.

Kleomenis Kostopoulos is a visual artist (painter) that has many personal and group exhibitions, as well as art creations in museums, and Greek and foreign collections. His vision is to spread and promote the contemporary Greek art. Returning to his hometown Patras, after 20 years of artistic experimenting and researching, he created and continues -as an artistic director-, the International Arts Festival of Patras-RE-Culture. He is involved in issues of cultural policies, forms of development and progress and promotion of contemporary art, including matters of creative accessibility of socially vulnerable groups and cultural – artistic – educational projects for children.

Lois Pryce – British travel author, journalist and broadcaster Her first long ride, twenty-thousand miles from Alaska to the tip of South America, happened in 2003 after leaving her job at the BBC in London. Her first book about this trip, Lois on the Loose, has been published throughout the world. In 2006 she rode the length of Africa, taking in the Sahara, the Congo and Angola, which resulted in her book, Red Tape & White Knuckles. Being a restless spirit, about two years ago, intrigued by the negative image of Iran and its stormy relationship with her homeland, she made two solo motorcycle tours of the Islamic Republic – and discovered a misunderstood country full of warmth and kindness. This is the subject of her next book. Alongside her husband, adventure film-maker, Austin Vince, she is founder/curator of Adventure Travel Film Festival which occurs annually in the UK and Australia.

Myladie Stoumbou - Director of Developer Evangelism and Experience (DX Lead) in Microsoft Hellas Myladie Stoumbou has 20 years of professional experience in matters of cutting-edge technology adoption and is currently holding the position of the Director of Developer Evangelism and Experience (DX Lead) in Microsoft Hellas.She returns to the town that she studied to talk to us about matters relating to the ever changing entrepreneurial environment and how technological evolution affects our personal and professional life life. She studied Computer Engineering and Informatics in the Polytechnic School of the University of Patras in Greece, and she holds a post-graduate title in “Economics and Management” from Athens Information Technology. Six months ago she was assigned the DX Lead role, where her main responsibility is to promote cutting-edge technology adoption, cloud and mobility, in the local broad ecosystems of students, developers and start-ups.

Renia Tsitsimpikou – Reporter She was born and raised in Athens. She studied “Communication and Media” with postgraduate specialization in “Communication and Marketing with new technologies”. Alongside her studies, she worked in private television stations Alter, Mega Channel, Nova (Filmnet), in radio and magazines. Since 2004 she works in ERT, initially in the organizational team of the Olympic Torch Relay TV coverage and then from 2005 to present she presents the successful travel show “We live in Greece”.

Spiros Zafiropoulos – Educator and Active Citizen Spiros Zafiropoulos is an IT teacher of Lifelong Learning. He studied Physics…without being sure why…at the University of Patras and continued his studies at the University of Birmingham in Computer Science. At some point, Spiros discovered the important things in life, where the individual good occurs through the common good. If he was a hero at author Samarakis stories, he would have opened an Office of Ideas. He finds exciting the conception of a new idea, especially when it can become reality and have an effect on many lives. He loves creating new words firstly because it tries to connect them to collective voluntary actions and secondly it brings Google in an “awkward” position! Based on these values of collaboration, creativity and imagination, he is participating actively in voluntary groups, in many of which he is a founding member. 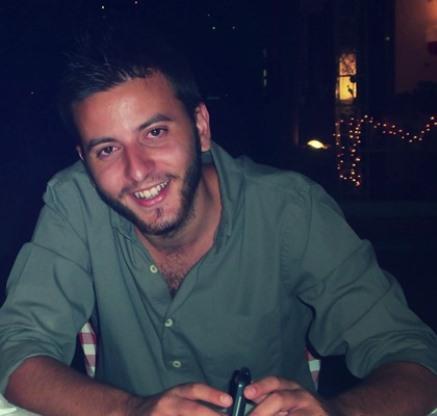 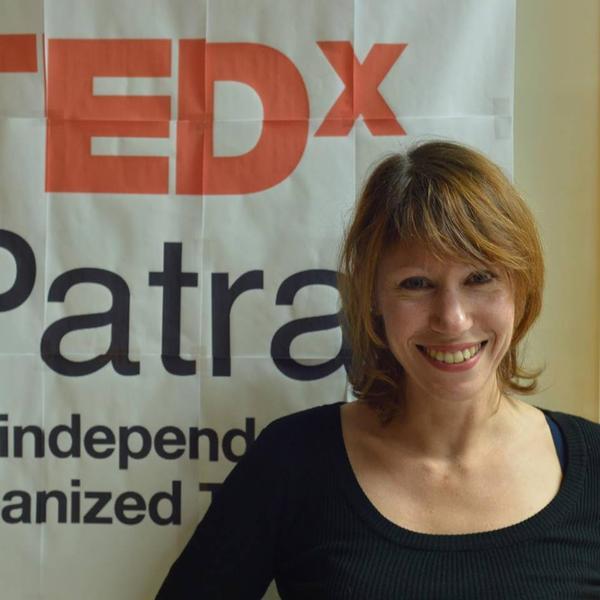