With the power of the local community we are introducing the Brunei's first TEDx event. The main goal of the event is to unearth local voices to inform, entertain, and educate the TEDx global community.

Dato Paduka Jemat Ampal is a retried civil servant and restauranteur. He held many government positions in his career including the post of Ambassadorship of Brunei to the UN in 1996. He also holds a Masters in International Public Policy from John Hopkins University in the USA and a Bachelor of Education (Hons) from the Edge Hill College of Higher Education at Lancaster University School of Education in the UK.

Introducing the Oprah of Brunei, Dee Jay Izan! Formerly a deejay, teacher and lawyer, she is extremely well-known throughout the nation for her amazing voice and energy in radio. She describes herself as the lion that roars and dares to be different on national radio, as well as spreading "Izanism" where one lives in the moment and takes chances as well as has no fear in living out their dreams and passions. Dee Jay Izan will be speaking on a topic entitled "Daring to be Different" and will set to move the hearts and minds of audience to inspire them to take that one step forward towards becoming who they truly are.

Iswandy Ahmad is a social philanthropist and a youth development worker. Iswandy firmly believes every young person, when given the chance & guidance, has the ability to make a difference. He is passionate about youth empowerment, especially in areas of leadership & volunteerism.

Kuhan Pathy is a multi-award winning young Malaysian leader whose apex of achievement was being awarded the Chancellor Award at University Technology of PETRONAS by ex-Prime Minister Dr. Mahathir Mohamad! Kuhan is dubbed as one of the youngest international research scholars in his university, making an impact in United States of Amercia. He has been conferred with over 30 recognitions in the area of innovation locally and worldwide. Despite his young age (he's below 30) he's already holding the Senior Executive post at PETRONAS and is currently the VP of Malaysia's Young Professional Bureau. He now resides and works in Brunei at PETRONAS. As for this speech, Kuhan will engage his audience with anecdotes of his journey, leading towards his core point of Breaking Away from Conventions.

Nuriskandar Hasnan is known for his persistent in catering with issues and criticism along his journey in leading an association. As an alumnus from Universiti Brunei Darussalam he took MA in New Media in 2014 and Bachelor in Arts in 2013 and currently as a PhD candidate. While busy focusing on his study He aims to create his own legacy that can guide our future generation through our leadership skills in life and experience that we have endured in our life. Currently, he is the President of UBD Guild of Graduates and as the youngest member of the University’s Council. Although engulfed with all the responsibilities, he was able to work closely with the people who guide their community and team toward success that inspired him to be one of them. 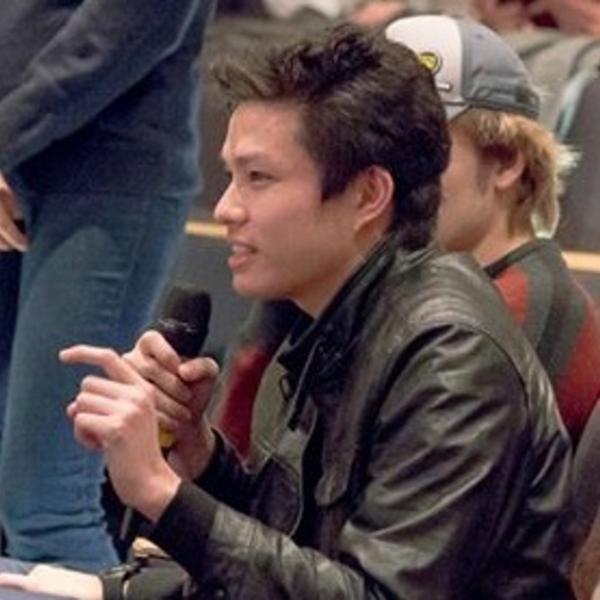