Theme: "Floating on an island of ideas" 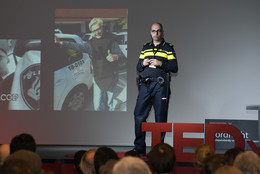 TEDx Talks are among the most viewed videos on the net. Filmed at TEDx conferences around the world, they feature inspirational speakers who time and again enthrall audiences with great ideas. Now, TEDx is coming to Dordrecht! Similar to the previous two times, we will once again offer a carefully selected variety of inspiring speakers, ranging from management gurus like motivational speaker Roel van de Wiele and visionary trendwatcher Ruud Veltenaar, to swordsman and ex-investment banker Bjørn Aris, flirting coach Angelique van het Riet, to local luminaries like ‘Twittercop’ Dirk-Jan Grotenboer and sustainability authority Thirza Monster.

One of the most invited speakers for business when it comes to corporate flirting, Angelique is all about making ‘heartconnections’. Flirting, a practice that springs from heartconnections, makes life more worthwhile and business develop faster. But many adults have forgotten how to flirt and engage with each other through the heart.

As both a mother and an actress (Colombina award in 2013 as Best supporting actress for her part as nurse in ‘Honingjagers’), Astrid is always looking for inspiration. Picasso said: “The Purpose in life is finding your gift and then give it away”. So if Picasso is right, what is your gift and what do you give away?

Although having a successful career in banking, Bjørn Aris decided to leave everything behind to explore the world. Soon he discovered the Eastern wisdom as a way of living – a guide to life, symbolized by the Japanese sword. During his talk, Bjørn will show you the power of the sword, cutting through any false sense of security and making people live in the here and now.

A dutch police-officer with over 7000 followers on the social medium, his tweets touch upon a multitude of micro-stories, ranging from interactions with thieves and drunkards, to situations involving domestic violence. During his talk, Dirk Jan will expound on the meaning of and the lessons to be learned from his social media activities.

As a researcher in the field of Digital Semiotics, Oscar investigates what is real and what is simulated, and if our brain is more easily tricked than we might think. While working together with the students of the NHTV Creative Lab in Breda, Oscar developed the world’s first virtual reality fiction film for the Oculus Rift.

For the past 25 years, Roel has been aiming to answer the question: in what ways does everyday life offer real possibilities to ‘work hard’ and ‘play hard’ at once. In whimsical and erratic ways, he mobilizes philosophical and psychological concepts to deal with living life and being lived by it.

As founder of "Cirkellab" and "Fair Only" Thirza fights a constant battle against (human) waste by focusing on a circular kind of economy.

According to the research of dr. Willem Brandenburg (Wageningen UR), the solution to future food security will be seaweed. Understanding the huge potential at hand, Willem started a seafarm in 2011. Ever since, he is upscaling his unorthodox experiments towards large-scale implementation. 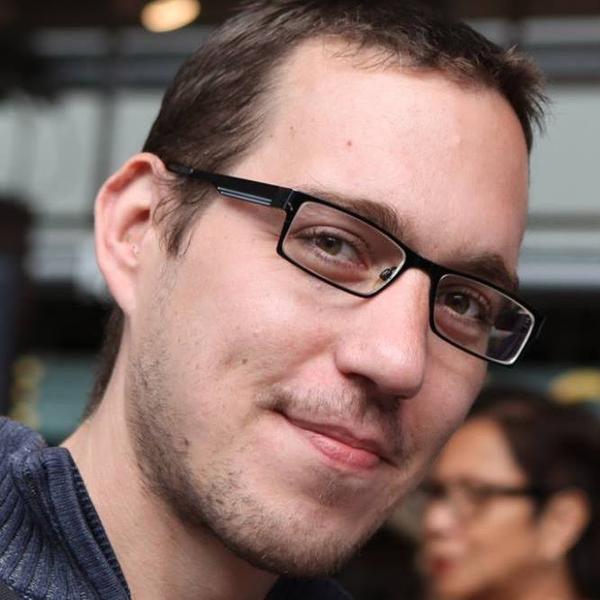