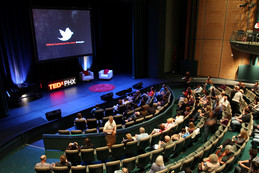 TEDxPhoenix returns with Press Play, a look at what it takes to drown out the noise, ignore the odds, and write your own adventure. Join us on Sunday, April 26th at the Mesa Arts Center as we celebrate fascinating talks by speakers who have taken the TED main stage, TED Fellows, and Phoenix's own local talent.

You can watch the livestream on Sunday, April 26th starting at 2pm Pacific at https://livestream.com/tedx/tedxphoenix-pressplay

Brandon Gore, founder of Gore Design Co., Hard Goods, and The Conservatory of Craft, is an internationally recognized artisan who has revolutionized the use of concrete in furniture. His work has been featured in Dwell, Vogue, Wired and many other design publications and won “Best Furniture Design” at Dwell on Design 2012. Brandon is currently serving as a judge in the Framework furniture building competition on Spike. He also teaches his methods in classes at his Tempe, Arizona studio, and throughout the country.

Filming by UATDV students Austin Prendergast, Ceara McSherry, Saphire Tillmon, Darien Marion, Gwyneth Christoffel, Ryan Moore, Jacob Glass, Dominique Laster, and Nick Francia. Bristol Baughan is an Emmy-winning and Oscar-Nominated filmmaker, author, and private coach. She has since traveled the world studying human consciousness in an effort to understand the underlying assumptions we carry and how to experience work as play. Bristol’s latest venture is a custom, spiritual adventure company called Inner Astronauts. She is writing a book with her mother about freedom from inter-generational patterning called "Permission", a coffee table memoir called "Judge-a-holic", and facilitating vulnerability workshops. She is a TED Fellow and served as a delegate for the State Department Documentary Showcase in China. This talk was given at a TEDx event using the TED conference format but independently organized by a local community. Learn more at http://ted.com/tedx

Camille Seaman strongly believes in capturing photographs that articulate that humans are not separate from nature. She is a photographer and explorer for Camille Seaman Photography. Her photographs have been featured in prestigious publications, including National Geographic and TIME magazine. Seaman has a bachelor’s degree in the fine arts photography from the State University of New York at Purchase. She has won several photography awards, including a National Geographic Award and the Critical Mass Top Monograph Award. In 2008, Seaman was honored with a solo exhibit, “The Last Iceberg,” at the National Academy of Sciences. Camille Seaman advocates the importance of recognizing the relationship between humans and their natural surroundings. Camille is a TED Senior Fellow and a Stanford Knight Fellow. This talk was given at a TEDx event using the TED conference format but independently organized by a local community. Learn more at http://ted.com/tedx

Danny Lobell started out in New York City 12 years ago doing open mics and auditioning at the clubs. He became a headliner and built up a following on his podcast, Comical Radio, which was the first ever podcast to feature interviews with comedians. On it, he interviewed comedians like George Carlin, Chris Rock, and Billy Connolly, along with entertainers such as Larry King and Dick Cavett. During this time, he captivated audiences in England, Scotland, Ireland, Wales, Spain, South Africa, France, and Belgium with his surrealist observations and vivid storytelling. After relocating from NYC to Los Angeles, Danny started "Modern Day Philosophers," a podcast that partners a modern or ancient philosopher with a comedian. Maria Bamford, Bill Burr, Lewis Black, Carl Reiner, Shelley Berman, Reggie Watts, Aisha Tyler, Andy Kindler, and Marc Maron have appeared on the show. (Photo courtesy of 92YTribeca)

Eric Stackpole is co-founder of OpenROV, Inc., and creator of the OpenROV submarine, an open source, low cost "Remotely Operated Vehicle" (or ROV) underwater robot that can be piloted from the surface and stream live video to its operator. The intention of OpenROV is to democratize underwater exploration by making tools capable of exploring the deep available to anyone. After a very successful initial release of OpenROV kits through the crowdfunding website Kickstarter, OpenROV has grown into a business that distributes kits for the OpenROV submarine to researchers, educators, technology enthusiasts, and explorers across the globe. Stackpole has worked on numerous other projects that utilize telerobotics as a means for exploration, including piloting ROV submarines under the Ross Sea in Antarctica and developing low-cost spacecraft used to carry out scientific missions in low earth orbit. Website: http://www.openrov.com Twitter: https://twitter.com/eerrp

Esther K. Chae is an award-winning actress, playwright, academic and TED fellow. Her work has been performed in the US, Korea, Scotland, Ireland, Australia, Italy, Nigeria and Russia. As a writer, Esther created and performed So the Arrow Flies, her internationally acclaimed solo performance which is archived in the Library of Congress and published by NoPassport Press. Her other plays include Ae-ri in Otherland, featuring Korean percussion music ‘samul-nori’ and Ddan dda ddan!!!, an absurd short play about a superwoman socket puppet and her struggles. Chae graduated from the Yale School of Drama (MFA Acting), the University of Michigan (MA in Theater Studies), and Korea University. She served as the Martin Luther King, Jr./Cesar Chavez/Rosa Parks Visiting Professorship (University of Michigan), keynote speaker for the Arts Council of Korea and as a visiting artist at the Institute on the Arts and Civic Dialogue, founded by Anna Deavere Smith, at Harvard University.

Working as a graphic designer for a tech company, Macy found outlet in pursuing a variety of creative hobbies-- jewelry making, furniture reupholstering, painting, and sketching – just to name a few. She never viewed herself as a serious sculptor but through the beautiful confluence of creative spirit, timing, and internet-borne reach, Macy’s work has found a surprisingly large audience. Her experience has helped Macy develop a powerful and useful message for both new and established artists and she looks forward to sharing her insights about leveraging social media, pursuing dreams, and ultimately, how to rid yourself of the emotional chains and self-imposed obstacles that limit growth. (Photo by Shanyn Nicole Photography)

Summer Bellessa is a fashion blogger and YouTube personality, as half of The Girls With Glasses. Her Babble.com article on letting her toddler pick out her clothes for a week was featured on The View, The Today Show, BuzzFeed, Yahoo News, and many other national and international outlets. Summer started out as a model and actress, and now creates digital content about fashion, beauty, traveling, and motherhood for brands such as Disney, Method, Sony, General Mills, and more. She finds inspiration in her everyday life as a wife, mom of two tenacious toddlers, and friend to business partner Brooke White. This talk was given at a TEDx event using the TED conference format but independently organized by a local community. Learn more at http://ted.com/tedx 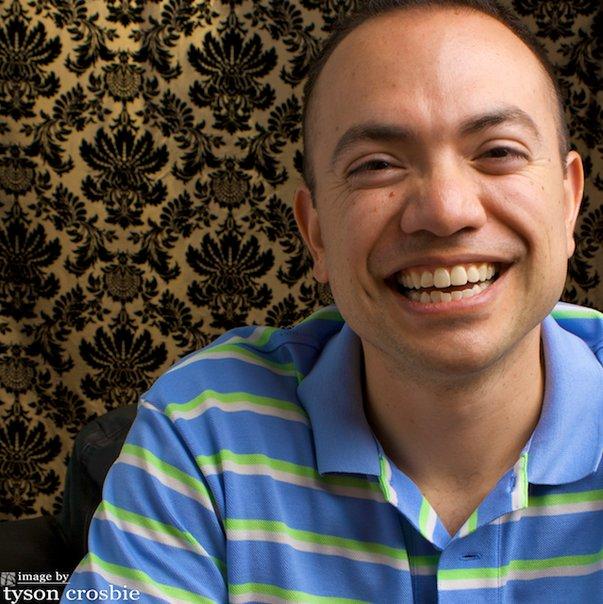