Theme: Inspiring Ideas from the Maya

"The Mayan vision of the universe is divided into multiple levels, above and below earth, positioned within the four directions of north, south, east and west."

The TEDxTulum team are inspired by the current emergence of the "And Times" and the thousands of "Ands" that have been stimulated from all TEDx events around the world. We are honored to bring you another group of "And" speakers inspired by the Maya.

Abuelo Antonio Oxté was born in Tzucacab, a Maya town in Yucatán When he was a young boy his maternal grandmother initiated him in massage and healing knowledge. In his youth he obtains an undergraduate degree in Social Anthropology. At the same time he enters the Mysteries of Freemasonry, which he gets philosophical degrees. For the past 9 years he lives in the ancient Maya village of Sisbicchén. He has a small clinic witch he help souls in the healing process. He heals at different levels: The physical, emotional and a soul. Rancho Yaaxdzonot is the Sanctuary where he works and lives reforesting and protecting wildlife he shares with example his work and life with his beloved companion Cynthia and " all their souled friends"; he has achieved unity, respect and love from fellow men, women, and children.

Aiesha is a known Mayan Astrological Life Reader, with practices in the USA and Mexico. Her work blossoms consciousness and love within your everyday life and attunes you to your divine essence and sacred path, so your awareness grows and you may realize all the beauty, gifts and synchronicities within your human experience.

Avelino is a Maya healer who has developed his gifts of healing from an early age. He was born in the city of Tixcocob, Yucatan, Mexico. He is a Mayan descendant from his parents and follows the culture of healing practiced by his ancestors (maternal grandparents). He is an observer and always willing to learn and share his earthly experiences, with love and respect for Heavenly Father and of all the divine power which he channels and catalyzes with the help of Mayan herbal knowledge. He shares his awareness through Interactive Therapy Self Healing "Learn to heal" unlock meridian therapy, setting bones, muscles and tendons. He specializes in unlocking the body and balance, while also helps release memories and emotions that keep you from being happy. Another of his specialties is Maya medicinal herbs and their uses in healing, especially with the "Renaissance and Purification Therapy."

Bernardo came to Yucatán in 1978 to analyze the destruction of rainforests. He discovered the alternative was well-known by the Maya yet not understood by Westerners. He therefore learnt and studied Mayan agriculture, pioneered in rain forest restoration, developed organic farming techniques and presently reconstructs a pre-hispanic 2000 year old Mayan village. Bernd’s vita includes entrepreneurial experience running forestry nurseries, seed companies, farms, cooperatives and training institutions. Teaching activities at several universities dealt with the integration of agriculture, forestry and economic concepts. Bernd lives on a small permaculture rainforest farm established to become the blueprint for future sustainable development and the site of a new agricultural faculty created with the Cooperative University of Cancun.

Dr. Bobby Klein is well known in Europe and the Americas as a multi dimensional healer, life path counselor and therapist. Through his training with traditional healers and teachers, he has gained the ability to transfer a dynamic energetic life force that are accessed for healing of the body, mind and spirit. He is a light worker, intuitive spiritual guide and teacher. He , also, was one of the first practicing acupuncturists in America and was associated with the Pain/acupuncture Clinic at UCLA. In recent years Bobby has worked with a number of cutting-edge scientists to develop new models in bringing energy to the body for healing and rejuvenation. He holds U.S. patents that have led to the development of nano particles that acquire transient light and convert it to wavelengths that improve energy flow and circulation in the human body. At the present time Bobby is in practice in Tulum, Mexico which is his adopted home.

Eros Quintana was a born naturalist. Since childhood he showed a great admiration for nature and deep interest in understanding of the mechanisms that make possible the wonderful life an its many forms. This led him to formalize his ideals studying biology, building a vision of nature with an integration of their levels of organization from the molecular and cellular perspective to ecosystems that make up the biosphere of our planet earth. Eros is an advocate of rights for ecosystems with a base of in ecological theory and environmental philosophy. In pursuit of equity a global scale and deep respect for nature, for a land ethics.

Fernando was born in Mexico City but grew up in the Mexican Pacific Coast , between Zihuatanejo , Guerrero and Colima, two incredible nature surrounded by magical places. Finished his studies in Environmental Engineering and for seven years explored some corners of this amazing planet, like the Sahara Desert , London and Barcelona, the rainforests of Central America, among others. Found Tulum in 2005 and decide to stay and enjoy it, exploring and trying to transform according to his ability, some aspects that he doesn't like. Since he moved to the Riviera Maya, he realized the great problems that exist in the subject of WASTE WATER, as it is an area of rapid growth and has not needed to handle all this water infrastructure. Moreover, in some areas there is no electricity so the problem is compounded a little more.

National Geographic Emerging Explorer Underwater archaeologist Guillermo de Anda (Ph.D.), a professor and researcher at the Autonomous University of Yucatán, specializes in skeletal anthropology. He dives into remote, flooded caves and cenotes (sinkholes) in Mexico, searching for ancient Maya settlements. He spent five years combing the 450-year-old records of Spanish Inquisition trials, uncovering testimony that a series of caves he has explored may be where the Maya tried to depict their legendary pathway into the underworld.

Dr. José Luis Hernández Marín was born in Michoacan in 1956. Graduated in Surgery and Medicine and has been interested in learning and practicing different forms and types of healing, integrating medical practice acupuncture, homeopathy, humanistic psychology, naturopathy, magnetism and complementary therapies such as chelation and ionization. During 1980-1990 he developed and implemented community health projects in indigenous communities in Mexico, Central and South America supported by international cooperation agencies. Jose Luis is based in Cancun since the beginning of 1990, practicing integrative medicine and directs the open school of health Universalus since 1994.

Klaudia is the co-founder and President of La Calaca AC, a four day, participatory arts and culture festival, in San Miguel de Allende. Born in Monterrey, Mexico and raised in Texas, Klaudia lived in various European countries (France, Italy, Spain, and England) for 15 years. A force of nature from the start, she honed her craft of event production and PR at David Bowie’s management company, Outside London. Following 3 years in New York City, then rural England, in 2007, Klaudia settled in San Miguel de Allende, where instantly her nomadic feet took root. Since 2009, Klaudia has been a licensed TEDx organizer and has curated and produced TEDx events in San Miguel de Allende, Oaxaca, Valle de Bravo and at Burning Man, in Black Rock City, Nevada. In 2013, Klaudia was awarded "El Corazon de San Miguel", by Mayor Mauricio Trejo, making her an official cultural ambassador of Conde Nast Traveller's recently awarded "World’s Best City".

Mary-Ann is the Co-Founder/President of The Memnosyne Institute and The John Philp Thompson Foundation, is a frequently requested international speaker, (having spoken at the United Nations several times, as well as for the Cordoba Initiative, STEP Global Congress, NEXUS Youth Summit, etc.), mediator, (including negotiating the first alliance/treaty in 300 years between the Hopi and Navajo Nations and for the Liberian Truth and Reconciliation Commission in New York.

Amar's childhood was lived in different states of Mexico (DF, Sinaloa, Jalisco and Veracruz). For 10 years my work has been about guiding interpret what has led me to (along with the values of love, respect and freedom that I learned at home and spend time in contact with the wonderful nature of this place, especially Sian Ka'an has been a great school for me) seek truth attached to this wonderful place enjoying doing what I like most is spending time with my life partner, guide, bird watching, sowing, read and follow life looking for tools that allow me to live a simple and happy life."

Mirko was born and raised in Wuerzburg, Germany, emigrated in 1999 to Los Angeles to work in Hollywood as a screenwriter. In November 2011, he developed his last TV show, and moved onto a beach in Tulum Mexico in order to fully devote himself to his yoga – intuitive mind therapy and self-realization work (this included washing dishes, chopping wood, cleaning toilets and sleeping in a tent on a beach). His workshops were specially created by Mirko out of the unmet need to finally walk his talk, to live a non-violent life in action. He created a powerful mix of practical and simple methods to implement in real everyday life Mirko’s work is influenced by his teachers Eckhart Tolle, Byron Katie, Marshal Rosenberg and thousands of other gurus like his parents, his ex-wife, employers, bosses, business partners, waiters, policemen and politicians.

Nuno dedicated last 15 years of his life, developing a project in Tulum/Mexico called Uno Astrolodge and Galactic Peace Garden “Sangha" During the last 10 Years, he had been experimenting a new vision of the Mayan calendar which complements ancient and new perspectives of the Mayan wisdom of solar-lunar galactic time. This vision was last year published in a book agenda called Advaita Maya. To export this idea into the world, he created a project for Festivals called Mayarama, a Caravan to the Mayan communities and a Galactic Art School modeled and inspired by this vision which he believes has being the original purpose of the Mayans into this time.

Born in Mexico, Ricardo grew up in the community of San Sebastian Xolalpa, very close to the pyramids of Teotihuacan, under the care of his father Ricardo Cervantes Tlahuizcalpantecuhtli, learning Teotihuacan Toltec traditions and specializing empirically in its magical dance moves. Studied Tourism Business Administration at the University La Salle in Cancun and founded along with his father The Toltec Teotihuacan Cultural Center and the First Toltec Teotihuacan Museum. Works daily as a tour guide in Teotihuacan and other parts of the Mexican republic which has allowed him to spread the traditions, arts and philosophy of their Toltec origins with people around the world.

Stephan is modern day custodian of the Mayan Melapona Bee - A bee that has no sting. He is the President of the Foundation Melipona Maya, Beekeeper and meliponicultor, Psychologist and psychotherapist, Researcher on agro-ecology.

Xavier is CEO of Green Beat, consultancy, design and consulting permaculture and green solutions. Has several projects in Tulum, among which are Casa Caracol and Permaculture Center Green Beat, productive farm in the center of Tulum, which supplies organic products of the highest quality local restaurants and public in general, and where courses and workshops are taught. He is active and one of the founders of Tacotal an eco- village of 32 acres 100 % organic in Orotina, Costa Rica and has many projects with state governments to implement initiatives for urban and rural agriculture, also began working with organic certification opinions and buildings so that they implement eco- techniques and so can apply property taxes savings. Has taught, consulting and lectured throughout Mexico , Panama, Costa Rica and Ibiza. Fux gave a talk at TEDx San Miguel de Allende in August 2013. 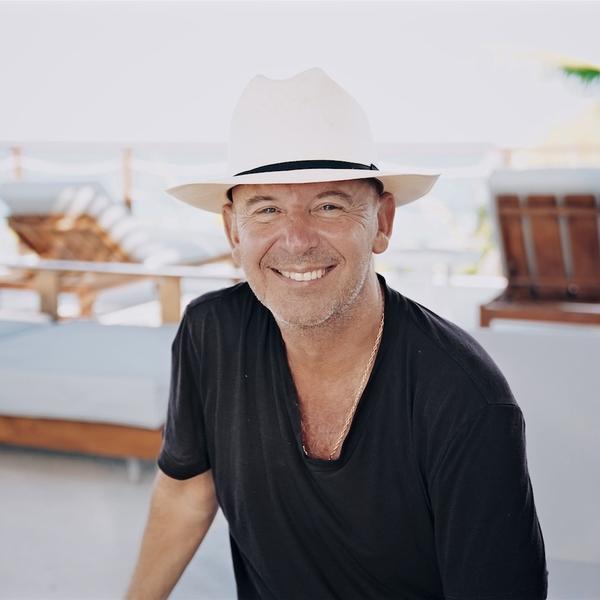