TEDxStockholm’s community is proud to announce its next yearly event “Differentia 2015″. With over 400 attendees and 10+ speakers and artists Differentia represents the biggest TEDx conference ever organized in Stockholm. The event will focus on the concept of diversity and the potential of creating innovative solutions in society by coming together from very different professional and cultural backgrounds.

We impact on our society by setting ourselves apart from others. At times, it seems that the distinction for which we strive not only makes the world a unique place but also presents a challenge us to work together.There are individuals who understand how to utilize the differences which make up our society. TEDxStockholm’s “Differentia” will host entrepreneurs, athletes, professors, and other inspiring visionaries who have discovered a method of harnessing these differences to create a unique solution to a common problem.

TEDxStockholm’s events have become among the most successful of their kind in Europe. Now, in order for the idea of “Differentia” to be successful, everyone has to be involved. The Stockholm community includes a plethora of diverse individuals with even more unique worldviews aching to make a positive impact on the community. Therefore, we invite all TED fans, innovators, entrepreneurs, and idea lovers to come and give their part in being different to make a difference.

International Theater Stockholm strives to put on shows that not only entertain, but also move people. As a part of the international community in Stockholm, their improvised comedy shows have brought together and entertained people from over 40 different countries.

As a Social Alchemist for Burning Man, Bear has worked closely advising Burning Man’s CEO and has represented the organization on six continents while pioneering new initiatives to instigate trans-national network collaboration. While acting on the belief that cultural evolution and technological innovation are inextricably linked to personal transformation, Bear’s creative, iconoclastic nature throughout his career has helped him build an extensive network of funders, operators and sector experts in countless mission-driven enterprises globally. As a founder of Organizer.com, Music for Democracy, and advisor to several venture-backed startups, Bear has raised over $20 million in funding.

Doug Lansky is an American travel writer based in Sweden who has written books for Lonely Planet, Rough Guides and contributed to Esquire, Men’s Journal,The Guardian, National Geographic Adventure, Readers Digest and many others. He also wrote a nationally syndicated travel column in over 40 newspapers, hosted a Travel Channel show and served as travel editor for Scandinavian Airlines inflight magazine. On the speaking circuit, Doug has given acclaimed lectures at nearly 100 universities, spoken to a sold-out audience at corporate events and at both public and industry travel/tourism conferences.

Frank Schuil is a Dutch entrepreneur based in Sweden. Versatile and ambitious, he started several companies in different industries ranging from fashion to indoor positioning systems, promoting innovation in business and design in every venture. Today, Frank is in charge of revolutionising the financial markets with crypto currencies, a venture which has paved the road to the expansion of his company.

Jacob Östberg is a professor of Advertising & PR at Stockholm University School of Business. Upon earning his PhD at Lund University, his thesis was awarded the Academia Gastronomica Scaniensis research prize. He has since taught at the Business Schools at Lund and Stockholm University, and was a visiting scholar at the Bìlkent University in Ankara, Turkey. He then broadened his scope by taking a position at The Centre for Fashion Studies at the Faculty of the Humanities, Stockholm University. He has since earned a docentship in Fashion Studies and subsequently returned to his initial calling in Marketing. Jacob’s studies focus on symbolic dimensions of consumption. He is interested in how individuals in consumer society create meaning and value through consumption and how brands are filled with meaning in the intersection of popular culture, marketing and consumers’ lived lives.

Jenny Gardner is the director of UK Trade & Investment in Sweden. Since the beginning of her career, she has worked in management in different sectors, ranging from business consulting to IT. She has been serving as the Director of UK Trade and Investment at the British Embassy in Stockholm since 2011. Her focus is economic growth and international business – especially bilateral business between the UK and Sweden. Jenny was interviewed as one of the 100 leaders in the book “100 Swedish Leaders Tell Their Story – An Inspirational Leadership Journey” by Bergström and Björklund. She is an author of a blog as well as of numerous articles on insurance. She has been a speaker on subjects as wide as Offshore Energy Insurance, Mobile Communities and Business Due Diligence in Theory and Practice. Furthermore, Jenny is trying to educate herself in accidental subjects like arithmetic, behavioural economics and how to measure word-of-mouth marketing.

An editorial writer at Svenska Dagbladet, Maria utilizes her position at one of the leading Swedish newspapers to take charge in the political discourse of Sweden. Her position of influence is a realized ambition she has nurtured since a very young age. Being a passionate liberal and a feminist, Maria is a headstrong equal rights advocate and links an individual’s worth to their competence and talent rather than attributing them to collectives. Persuasive in her writing, she heartily disapproves of affirmative action and quotas, which at times results in dynamic criticism from her readers. She applies her motto of “Rather in motion, than standing still” to every aspect of her life and is well-known for approaching her stances with certainty.

Paul Vaderlind was born in Poland, but he has been living in Sweden since 1969. He received his PhD in mathematics from Stockholm University and has been teaching at this institution since 1974. Beside his research and lecturing activities, he has been strongly engaged in promotion of problem solving and mathematics competitions. Paul Vaderlind’s international involvement in spreading mathematics education is indubitably admirable. As a coordinator at the International Science Programme at Uppsala University, he has been lecturing and developing educational opportunities for hundreds of post-graduate students in a number of countries across Africa and South-East Asia, a work which he founds both joyful and rewarding. Among the other things, Paul Vaderlind is also known as the man who introduced sudoku in Sweden. He is the author of more than twenty books, mainly on problem solving and recreational mathematics, for both children and adults.

Shai Dahan is an an artist and muralist, philantropist, and entrepreneur. Born in Israel and raised in the USA, his passion for visual art became well known throughout the region. His most notable works include the Dala Horses, an ambitious street-art campaign. He was praised with a variety of awards and has been featured in multiple publications. Dahan maintains his passion by working professionally as an artist and is featured in numerous exhibitions internationally. As part of his entrepreneurial work, he currently runs a menswear brand based in Sweden and is the founder and curator of No Limit Festival in Borås.

Yamina Enedahl is Sweden’s first world record holder in free-diving and licensed mental trainer with more than ten years experience in coached individuals, groups and leaders at different levels and in all social groups. Though she could swim by the age of two, Yamina began swimming competitively at age of 5, and that is when she learned to swim with her head above the surface – a prelude of things to come. After becoming dissatisfied with the authoritative nature of traditional coaching, Yamina ended her swimming career at the age of 14, but she continued to develop her mental techniques during her studies at the Scandinavian International University, where she became a Certified Mental Trainer Master. Yamina’s return to the world of aquatic competition came after befriending a colossal manta ray, during her trip to Indonesia. This is where Yamina discovered free-diving. 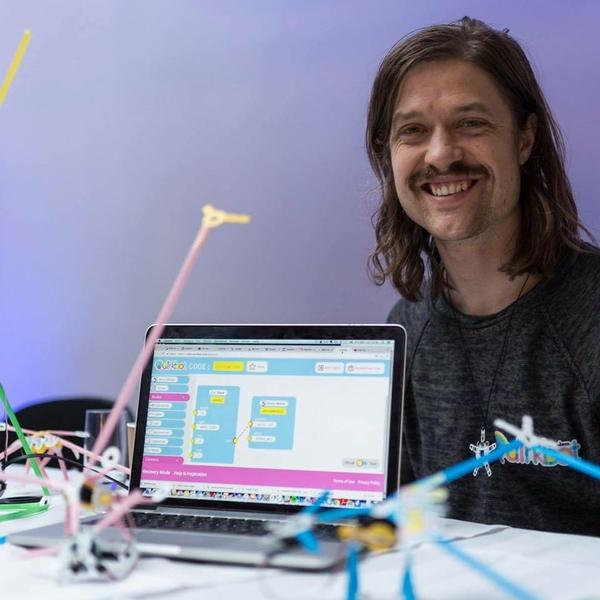 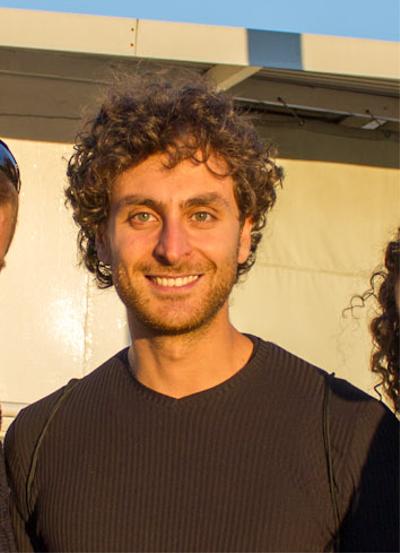