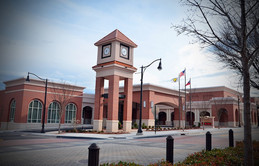 The greatest finds aren't newly discovered treasures but enhancements to existing ideas. As a challenge to the old saying "If it ain't broke, don't fix it," we aim to continuously better ourselves, our communities, and our world. Our focus is Science, Society, and Sensation. With a talented staff, phenomenal speakers, and the support of the suburban-Atlanta community, TEDxDouglasville delves into the flow of time, forwards and backwards.

Anthony's life was marked by upheaval and transition as a result of being born to a teenage mother. Yet resilience and determination have empowered him to defy the odds of statistics! After a stay in the corporate ranks with several Fortune 100 giants, he made the decision to devote his life to service in the non-profit arena. With years of success in executive leadership roles behind him, in 2012 Anthony launched The Gifted Education Foundation (Gifted), which has a mission to produce marketplace leaders from low-income communities across America. As an example of success in its first three years of existence, the organization supported just over 100 students with earning more than $18 million in scholarships. Students have received full scholarships to Stanford, Dartmouth, Princeton, Emory and more. Anthony travels as a sought after professional consultant, speaker and facilitator who has contributed to the lives of thousands of people in a variety of contexts.

Native of Douglasville, GA and a graduate of the George Washington University in Washington, D.C., where she played on the college’s softball team, Taylor earned a Bachelor’s Degree in Exercise Science and a Masters in Sports Management. She began competing as a bobsledder in 2007. Since then, Taylor has been in two-woman and mixed team events, and she has medaled in five World Championships including silver and bronze in the Olympics representing the United States. In April of 2014, she married Nic Taylor, a coach and a fellow member of the team. Taylor and her accomplishments are much celebrated in her hometown of Douglasville, and she has been praised throughout the media for having recently competed with Canadian Kaillie Humphries in the World Cup’s first four-man bobsled race to feature competitors of both genders.

Dr Rasler is an Atlanta emergency physician experienced in behavior modification and disease prevention. Motivating healthy behavior during a brief patient encounter has been a focus of his clinical care. Read more at: www.DrRasler.com .

Professor John Wise uses numerical simulations to study the formation and evolution of galaxies and their black holes. He is one of the lead developers of the community-driven, open-source astrophysics code Enzo and has vast experience running state-of-the-art simulations on the world’s largest supercomputers. As a child, he was fascinated by astronomy, cars, and computers, growing up primarily in Marietta, Georgia. He received his B.S. in Physics from the Georgia Institute of Technology in 2001. He then studied at Stanford University, where he received his Ph.D. in Physics in 2007. He went on to work at NASA’s Goddard Space Flight Center just outside of Washington, DC as a NASA Postdoctoral Fellow. He returned to Georgia Tech in 2011, coming back home after ten years roaming the nation. At Georgia Tech, he is helping to build one of the leading centers in astrophysics education and research, developing new curricula and training the next generation of scientists and engineers.

Self-Discipline Strategist Rory Vaden’s book Take the Stairs is a #1 Wall St Journal and #2 New York Times bestseller. Rory is also Co-Founder of Southwestern Consulting™, an 8-figure global consulting practice. His new book Procrastinate On Purpose: 5 Permissions to Multiply Your Time came out in January of 2015 and was an instant National Bestseller. Free insights at http://www.roryvadenblog.com .

Stan Phelps is the founder of 9 INCH, a consultancy that helps brands obtain customers that are up to four times as valuable as ordinary customers. He’s a contributor to Forbes and the author of Purple Goldfish, Green Goldfish, and the Golden Goldfish. He works with senior leaders to focus on meaningful differentiation to win the hearts of both employees and customers. Driven by client objectives and inspired by bold vision, Stan creates custom keynotes, workshops, and programs that are memorable and on brand, inspiring businesses to become REMARK-able by design. 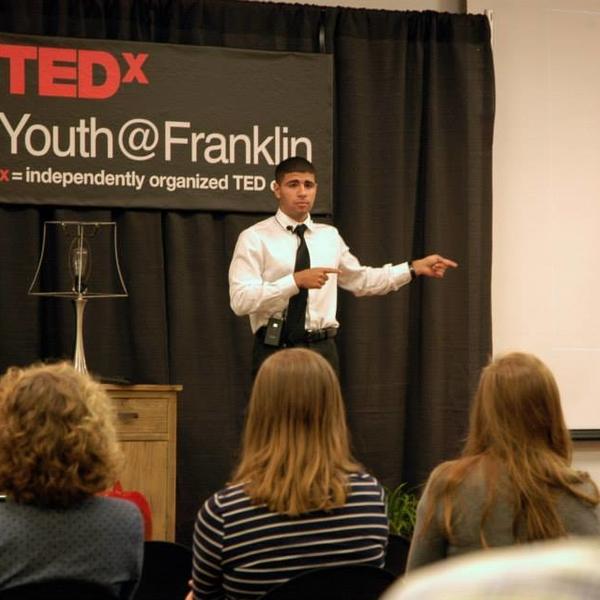