TEDxBellville is a dynamic community exchange which features riveting and gripping talks and stories of remarkable local people. Bellville is located in the heart of Cape Town, and has always been known by its pioneering spirit. Founding fathers declared it "12 mile post" in 1861, where wagons span out for farmers bringing their produce to Cape Town. A number of villages were formed around the emerging railway town. Today Bellville is a multicultural urban region, home to diverse peoples and cultures.

A team of volunteers from different backgrounds independently organises this first TEDxBellville event, which will take place on July 11, 2015 titled "Pioneering Possibility".

We want to create a creative learning space where the diversity of Bellville's pioneers will be showcased: designers, technology entrepreneurs, musicians, scientists, medical professionals, community leaders, and other visionaries who are creating positive change.

TEDxBellville aspires to create a community of thinkers and doers by:

Groovy, funky and sometimes cheeky kind of jazz. Named after a well known Jazz Standard, 4Midable likes to change things up a bit. Just like the name and spelling, our songs are well known, but when you hear it, it might take some time before you recognise it. We do Michael Jackson on a swing, Toto on reggae and Nat King Cole on a funk. A very entertaining show with funky and sometimes cheeky rearrangements of your favourite songs and favourite artists like John Mayer, Maroon 5, Sting, Lionel Richie, Michael Franks amongst others. Band Members are Hano Smit on Guitar, Jacques Steyn on Bass, Adam Coolsaet on Drums and Sonja Cillie on Vocals. www.facebook.com/4midablemusic

Performance writer and student of History, Adrian “Diff” Van Wyk has been a regular performer on various platforms around Cape Town since 2005. Bridging the gap between all genres of poetical performance, Diff (A.K.A Different) has been on the forefront of Urban Literary culture. From winning the Versus Poetry slam to performing alongside renowned poets Antjie Krog and Marlene Van Niekerk as part of a colloquium curated to honour satirical cartoonist Zapiro, Diff has been a instrumental part of developing South African performance poetry. Pieter Odendaal is a poet and project manager of the InZync Poetry Sessions, monthly multilingual poetry nights organised in Stellenbosch. He is currently doing his Masters in Sustainable Development, focusing on the potential of poetry to contribute to socio-cultural transformation.

Indeed - at Proudly Macassar Pottery we call it the Sound of the Ground. Not only do we produce the most amazing musical instruments from clay. We hit unemployment with the rhythm of the UDU drum, and stir up hope in unlikely places. We create ceramic niche products - the African Ocarina clay flute, the UDU drum (a West-African traditional drum made of clay) and play them. In the process young people who have not completed school are upskilled, employed and incubated as entrepreneurs in their own right.

GD Industries CEO and founder Gareth Duncan, just 25 years old, comes from a media background. After emerging as one of the top journalism students from the Cape Peninsula Univeristy of Technology, where he obtained his Journalism Diploma and BTech qualifications, he started his professional career as a sports writer across 11 titles, including SA Rugby Magazine, SA Cricket Magazine, SportsClub and Business Day Sport. He has also featured in radio and television interviews, including individual profiles on 567 Cape Talk, RSG Radio, SAFM, Heart FM, KFM and Good Hope FM and ETV’s “Switch”. Gareth is the key driver behind GD Industries, which specialises in media strategy and innovation.

Glenn Gillis Glenn is the Managing Director of Sea Monster Entertainment, one of South Africa’s pre-eminent animation, gaming and augmented reality companies. He has a Business Science degree from UCT and has been a senior executive, entrepreneur and consultant with growing, knowledge intensive businesses for over 20 years. He has held a number of senior marketing director positions and has extensive international business experience in 15 countries. He also provided management consulting services to many growing private sector businesses, in various industries. Glenn is a sought-after speaker, facilitator and strategist. Glenn provided consulting, advisory and facilitation services to leading public sector agencies, such as the Cape Film Commission, the Department of Trade & Industry and IDC amongst other government bodies. His area of expertise is the film, media and the creative industries.

Herman van Staden Why you should be scared of wearing socks Herman has dined with Madiba, saved Thuli Elephants, launched in-store music services in Ackermans stores in the days of Audio Cassettes, worked in alcohol & drug prevention, designed and led the GROW Manenburg project. He works as social entrepreneur, impact instigator and wants to share some of his insights on life. He defines himself as a work in progress.

Justin is the founder of GoMetro, a mobile startup based in Cape Town. Justin is a civil engineer by background, with a Masters Degree in Transportation Engineering from the University of Stellenbosch. He designed and built roads and related physical infrastructure all over South Africa – until he realized that a sustainable city system relies on vibrant public transportation systems, and not on more tarmac or lanes. This led to him developing Mobi.lity – a design concept focussed on "Infostructure" - the informational layer above the physical infrastructure of Smarter Cities - influencing behaviour and decisions. Justin lives in Cape Town, South Africa, and spends his free time with his wife and son - enjoying the vistas of one of the most beautiful places in the world.

Marlize Holtzhausen, Entrepreneur and Co-Founder of Global Rapid Response, and a final year BA Bachelor Student at the UFS Business School. Marlize’s journey started in 2010 when her family was brutally attacked. While dealing with the ordeal she identified a critical need for effective response to limit the trauma a person or a family goes through in the event of an emergency or crime, and this is where the idea for Rapid Response was born. In 2013 when she won first prize in the ICT category of the ILO /Microsoft enterprise competition with the most innovative business idea. Marlize was selected for the Technology(TIA)/Swiss entrepreneurship program to represent SA’s top 10 entrepreneurs to compete against the op 10 of the US and Europe in Switzerland. Marlize the first South African to won first prize at the Google Pitching entrepreneurship event in Switzerland.

Nico is a 28 year old Game designer and Programmer living in Cape Town that has been working with Augmented & Virtual Reality systems for the past couple of years: He is passionate about gaming, sharing stories and immersing people into new worlds and providing a new way to interact with technology. He shares his vision for virtual reality.

Reza Price is a seventeen year old hero. He has been fighting a battle since age 12 to find a bone-marrow donor. He has been an inspiration to many with his positive outlook on life, despite his complicated medical challenges. He can’t risk compromising his immune system and get infection in any way. Reza has received approximately 150 litres of blood transfusions over the last few years.Reza will share his powerful and inspirational journey with us.

Siraaj is the Strategic Head of HIV YourLife programme and Executive Manager: HIV at Metropolitan Health Group Some of the exciting projects he worked on included the HIV Clinical Guide mobile application that collected a silver award in the “Most Innovative App” category at the New Generation Social and Digital Media Awards. Siraaj is also passionate about developing innovative healtcare solutions through sustainable social enterprise, including helping Sizwe Nzima (one of our other speakers) to build his business!

Sizwe Nzima was recently named one of Forbes Africa’s 30 Under 30: Africa’s Best Young Entrepreneurs of 2013. He started his social enterprise with the goal of giving everyone access to health care, despite of where they live. Iyeza Express is an innovative bicycle courier service that collects and delivers chronic medication from hospitals in Khayelitsha and deliver it to patient’s doorstep. Sizwe’s focus is on doing business with real, sustainable impact. He has won numerous awards and accolades for his innovative approach, including a grant from SAB Foundation Social Innovation Awards, as well as a prize he won for being the Raymond Ackerman Academy of Entrepreneurial Development’s best entrepreneurial student. Sizwe looks forward to share his views on social entrepreneurship, impact and making real difference.

Warren Venter graduated with a BCom degree in accounting and law from the University of the Witwatersrand. He has spent time running his own import/export business and has extensive experience in the medical funding industry as well as the location space – building a new addressing solution for the connected world. It was while working in the location space that Warren realised an incentivised crowdsourcing model would add significant value to mapping companies looking to collect and verify data – and M4JAM™ was born. A mutual passion for doing something that could make a difference helped to forge a strong partnership between Warren and his co-founder and cousin, Andre Hugo. When he’s not working, Warren enjoys mountain biking, running and spending time outdoors with his wife and sons. Warren’s motto is, “If something’s worth doing, it’s worth doing right.”

It's almost impossible to describe Wolfgang in a word... authentic, humble, passionate, powerful, energetic, an academic, intensely ethical, very funny, grounded, deeply insightful, a 'mensch'... are all true, yet none paint the full picture of the magic this man creates when he walks onto the platform. He achieved international acclaim as a comedy magician, travelling the globe on the world's top cruise liners, appearing in leading theatres and starring in numerous of his own prime time TV series. At the same time he completed his studies, wrote books and took part in expeditions in the Arctic & Antarctic. Wolfgang lived in the moment and experienced life 100%. At the age of 35, after achieving all his dreams, he decided it was time to give back and share his true life experiences with the world. Today, at 50 he has become an iconic figure in the speaking and entertainment industry, having entertained and inspired over 1 million people live.

Yaseen holds an MBChB (Bachelor of Medicine and Bachelor of Surgery) from the University of Stellenbosch. Since qualifying he has been pushing the boundaries envisioning a revolutionary approach to the practice of medicine. His passion is changing healthcare delivery in South Africa through mobile technology. 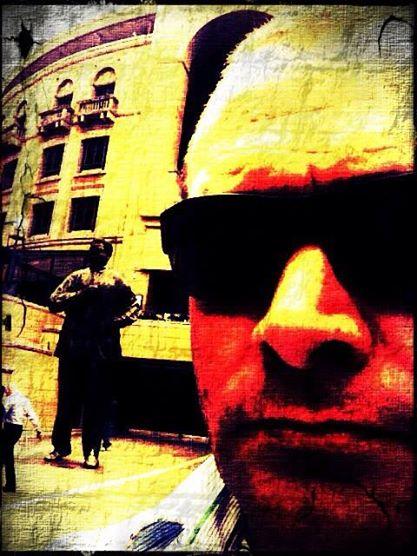