Theme: Changing the Way We Eat

TEDxManhattan “Changing the Way We Eat” took place on Saturday, March 7, 2015, at The TimesCenter in New York City. The one-day TEDx event explored the food system and what we are doing to shift to a more sustainable way of eating and farming.

Speakers and audience members were from diverse backgrounds, and all are working on some aspect of sustainable food and farming. The goal of the event is to create new synergies, connections and collaborations across disciplines, to help break the food movement out of its ‘bubble,’ and to introduce the TED/TEDx audience to the innovative work being done in this field. The audience will number around 400, with audience members screened and invited based on their expertise, background, enthusiasm and influence in the sustainable food and farming world. Our audience will include academics, researchers, health professionals, farmers, foodies, chefs, advocates, foundations, public figures and TEDsters.

TEDxManhattan "Changing the Way We Eat" was retired in April 2015.

All TEDxManhattan videos and photos will remain online and available to the public to honor the event team, community and speakers from previous TEDxManhattan events.

The TEDxManhattan licensee thanks TED for the opportunity over the past six years to organize and host TEDxManhattan and to be a part of TED."

Many, many thanks to the tens of thousands of TEDxManhattan supporters throughout the past 6 years.

Ali Partovi has been described by the San Jose Mercury News as one of “Silicon Valley’s top angel investors,” having been on the ground floor of both Facebook and Dropbox. Shortly after graduating from Harvard, he co-founded LinkExchange (acquired by Microsoft for $265mm). Partovi later co-founded iLike (acquired by MySpace). Partovi’s investments have also included: Zappos, OPOWER, Thumbtack, and Airbnb. Ali co-founded non-profit Code.org, which promotes Computer Science education and hosts the worldwide “Hour of Code.”

As an artist of life, visionary, raw vegan chef, healer, organic gardener, speaker, yogini, educator, alchemist, plant-based nutritionist, DJ and mother of five, Arasia “Alkemia” Earth has been applying her methods of mind/body wellness for nearly two decades. Questioning ingredients in her food, she began studying chemical additives and preservatives and their side effects on the human body and mind through human, plant, and mineral biology. Alkemia travels nationally to educate, demonstrate, lecture, and perform alongside her husband, international eco hip hop artist/educator DJ Cavem Moetavation.

Anim Steel led national initiatives at The Food Project in Boston and was a consultant with Economic Development Assistance Consortium. Anim holds a B.A. in Astrophysics and History from Williams College and a Master’s Degree in Public Policy from Harvard’s Kennedy School of Government. He is the recipient of a Prime Mover Fellowship for movement-building and an Echoing Green award for social entrepreneurship. Born in Ghana, Anim grew up in both West Africa and Washington, DC.

Dana Cowin, Food & Wine’s editor in chief since 1995, is one of America’s foremost authorities on food, wine, style and design. She holds the title of Chief Talent Scout for Chefs Club USA, a restaurant group that features the dishes of Food & Wine Best New Chefs. Under her leadership, the award-winning magazine has attracted an audience of more than eight million readers in print who have a passionate, adventurous approach to cooking, drinking, entertaining, eating out and traveling.

Danny Meyer is the CEO of Union Square Hospitality Group, which includes Union Square Cafe, Gramercy Tavern, Blue Smoke, Jazz Standard, Shake Shack, The Modern, Cafe 2 and Terrace 5 (at the Museum of Modern Art), Maialino, Untitled (at the Whitney Museum of American Art), North End Grill, Union Square Events, and Hospitality Quotient, a learning business. Each USHG restaurant and business is lovingly crafted and distinctive, and each strives to distinguish itself with warm hospitality and consistent excellence. Born and raised in St. Louis, Missouri, Danny Meyer grew up in a family that relished great food, cooking, get-togethers, travel and hospitality. Thanks to his father’s travel business, he spent much of his childhood eating, visiting near and far-off places, and sowing the seeds for his future passion for food, wine, and a successful career in the hospitality industry.

A dedicated and tireless champion for children’s health, Deb Eschmeyer created public-private partnerships to collaborate with diverse stakeholders to combat the epidemic of childhood obesity and food insecurity. Eschmeyer co-founded FoodCorps, a national AmeriCorps service program that places emerging leaders into schools in limited-resource communities for a year of public service. Fortune and Food & Wine recently selected Eschmeyer as one of “The Most Innovative Women in Food and Drink” permanently changing the way we eat and how we think about food. Eschmeyer is a recipient of the James Beard Foundation Leadership Award and the Xavier University Magis Award in recognition of her exemplary school food reform efforts and commitment to public service.

DJ Cavem's new single entitled, “Hybrid Lex”, sparks the subject around air pollution. His next album, entitled “Eco-Twerk”, expected to release spring 2015, is a continuation of the curriculum, and introduces the topics of environmental issues such as mineral extraction, and promotes holistic mind-body entrepreneurialism. Dj Cavem (Ietef Vita) is the original organic gardener for The Growhaus, where his mother Ashara is one of its founders, (who has now founded The Hub in Oakland. His eldest daughter, Hashaqueena “Queenie” Earth, 12, (just featured on Nick News w/ Linda Ellerbee for an episode on animal testing) is a beekeeper. In addition to his partnership with The Growhaus, he is the founder of Going Green Living Bling, who just completed a 4 week, The Produce Section summer camp, educating 200 inner-city children on the topics to include urban/ancient agriculture, farming, fresh food access, organic gardening, hip hop yoga, and plant based eating.

Henry was born and raised in New Zealand with a passion both for photography and for good food and wine. As luck would have it his first career was in front of the camera as a model for many of the big fashion houses. He was able to travel the world, discover great cuisines (quality not quantity in that line of business) and work with photography icons such as Stephen Meisel, Mario Testino and Richard Avedon. Drawn to New York City, its arts and culinary scene he set up his studio and pursued his dream to be a photographer. As they say, “the artist needs to eat” and he became a bartender at the downtown institution Schillers Liquor Bar. While there he became interested in how customers interacted with food and how their choices say a lot about them as people. He decided to fuse these two worlds and represent visually what he was experiencing every day at the restaurant and in my culinary explorations.

A nationally recognized thought leader and media spokesman, Joel Berg is frequently sought after for high-profile speaking and media engagements. In the last year alone, Joel has been featured on television shows such as The Daily Show, Hardball with Chris Matthews, Fox Business News, the Melissa Harris Perry Show, Politics Nation with Al Sharpton, Inside City Hall on NY1, All in With Chris Hayes, and in leading national print outlets including The New York Times, The Washington Post, The Wall St. Journal, the Los Angeles Times, the New York Daily News, The Huffington Post, The Nation, and many more.

Kendra Kimbirauskas earned her degrees from Michigan State University, and became a community organizer for the Sierra Club, helping communities threatened by factory farms. In 2005, Kendra founded the group, Friends of Family Farmers, an Oregon-based non-profit that organized to oppose Threemile Canyon Farms, a 55,000-head dairy factory outside of Boardman, Oregon. In 2006, she began consulting work for the Grace Factory Farming Project and started a small farm in Colton, Oregon. Kendra is an avid equestrian, and in her spare time, she’s usually riding her horse.

Marcel Van Ooyen is the Executive Director of GrowNYC and former Legislative Director for the New York City Council. Marcel earned degrees in Social Ecology from the University of California Irvine and from the Seattle University School of Law specializing in Environmental Law. After graduating from law school, he worked for the Energy Facility Site Evaluation Council in Washington State, where he conducted the environmental review of proposed power plants. As Legislative Director for the City Council, he wrote and ensured the adoption of more than 30 environmental laws, including the city’s landmark green buildings legislation, lead bill, clean air codes, recycling requirements, environmental purchasing laws, and many more.

Michele Merkel is co-director of Food & Water Justice, the legal arm of Food & Water Watch. Michele was formerly the Chesapeake Regional Coordinator for Waterkeeper Alliance. At Waterkeeper, Michele helped to develop and implement campaigns that protect the Chesapeake and Coastal Bays. Prior to joining the Waterkeeper, Michele was co-founder and Senior Counsel of the Environmental Integrity Project (EIP). At EIP, she was responsible for developing and implementing legal campaigns under the Clean Air Act and Clean Water Act, focusing on industrial livestock production and municipal sewage issues. Michele previously served as an attorney in the Enforcement Division of the United States Environmental Protection Agency, where she worked closely with the Department of Justice to develop and bring actions for violations of federal environmental laws.

Before returning to farm side by side with her father, Nikiko Masumoto earned a BA in Gender and Women’s Studies from the University of California at Berkeley and a MA in Performance as Public Practice from the University of Texas at Austin. Her passion for arts and activism is woven with her love of the land and dreams of a sustainable future. Her first book (co-authored with David Mas and Marcy Masumoto) The Perfect Peach (Ten Speed Press, 2013) was chosen by USA Today as a top 10 cookbook for the summer and Oprah’s top 5 cookbooks. Most of her time is spent in the fields, and when she’s not there, she’s often facilitating storytelling workshops or serving as a community leader.

Shen Tong is the founder and partner of Food-X, an international business accelerator program focused on launching food-related ventures. An organizer of the democracy movement that occupied Tiananmen Square, Shen was named one of Newsweek’s People of the Year in 1989. Following his exile to the US, Shen pursued PhDs and became an entrepreneur, founding multiple ventures over the past two decades.

Stefanie Sacks, MS, CNS, CDN is a culinary nutritionist, author, radio show host, educator, speaker and consultant. She works hands-on with individuals and groups in transition to a healthier way of eating. Sacks has been studying food and healing for 25 years, has her Masters of Science in nutrition from Columbia University, is a Certified Nutrition Specialist, Certified Dietitian Nutritionist and is a graduate of The Natural Gourmet Institute for Health and Culinary Arts.

Stephen Reily is an attorney, entrepreneur, and civic leader whose philanthropic energy has focused in recent years on building the local food economy in Louisville and a more sustainable future for Kentucky’s farmers. In 2011 he founded Seed Capital Kentucky, a non-profit whose projects have included commissioning the first-ever formal evaluation of local demand for regional food; organizing annual events (including the single largest viewing party for TedXManhattan) for the local food movement to convene and share knowledge; sponsoring Kiva Zip loans to farmers and food processors; celebrating farmer heroes at the Kentucky State Fair; and providing technical assistance grants to regional farmers.

Stephen Ritz is a South Bronx educator who believes that students shouldn’t have to leave their community to live, learn, and earn in a better one. Self-proclaimed CEO (Chief Eternal Optimist) of Bronx County, Stephen has moved generations of students into spheres of personal and academic successes they have never imagined while reclaiming and rebuilding the Bronx. 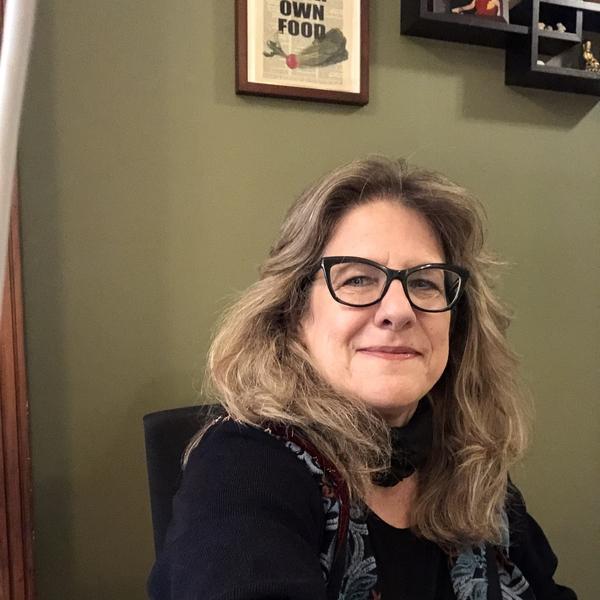