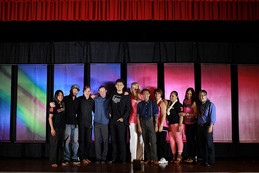 Paradigm Shift: Those transformational “Aha!” moments when everything changes and there’s just no going back. Join the TEDxHonolulu community to share ideas and experiences that sparked radical new directions in our worldviews and how we engage our communities. Hawaii’s boundary-breaking thinkers and leaders will explore how continuous innovation spurs us to imagine new futures for our rapidly changing world. This one-day event will be filled with thought-provoking speakers, intellectually curious audiences, hands-on activities and powerful new visions for creating a better world through the ongoing process of Paradigm Shift.

Voices from the Inside

“Transpired from a creative writing program at the Womenʻs Community Correctional Center, we have evolved into a group called ‘Voices From The Inside.’ We deliver a dramatic presentation of our personal life stories through our writings, along with a skit and song. Our team consists of three women who represent three hundred women behind us. We have been through many challenges in finding forgiveness, compassion, humility and most of all integrity in our efforts to change. Through this journey we have discovered that not too many people have the same vision as we do, and a lot of us are misinformed of what change means to us. Our purpose is to inspire our youth, motivate parents and captivate our leaders. We are a vehicle used for reconciling the past and healing the present so we can embrace our future. As ex-inmates in this transformative process we are likely to instill value in our communities.”

Andrea Anderson is a tall (6’2″), funny, outgoing, first born, Aries daughter of immigrants from Denmark who was raised with European values in the middle of ultra conservative Michigan and has been talking and teaching about human sexuality for most of her life. She has a BS degree in Family Studies from Western Michigan University, has taught at several universities in the United States and internationally about ‘how to talk and teach about human sexuality’, and is currently the CEO for Planned Parenthood of Hawai‘i. Andrea has lived all over the planet and has been an advocate for human rights and in the forefront of the social justice movement for decades.

Brandon is an islander by chance and choice – born and raised in Kāne‘ohe, O‘ahu, he lived, studied, worked and played on islands in Asia, Europe and the Pacific for more than six years. These experiences have informed his approach in life, and awakened him to the challenges that many islands face such as disruptive climate patterns, continued fossil fuel reliance and limited economic diversity. His passions revolve around empowering his two young sons to discover the wonder, beauty and variety of life around the world, while also creating a future in which they will be able to do so in a sustainable manner. In addition to being the former president of the Rebuild Hawai‘i Consortium, past co-chair for the energy efficiency working group at the Hawai‘i Energy Policy Forum and previous board member at Kanu Hawai‘i – where he co-chaired the inaugural Kanu Energy Challenge – Brandon was also a member of Pacific Business News’ 2013 “Forty Under 40” class. He is his sons’ soccer coach, as

Cheyne Gallarde is a self-taught photographer who was born and raised in Hawai‘i. He has an affinity for the midcentury, and an insatiable curiosity. He combines his theatre and graphic design experience to craft unique photos, using very simple equipment to bring sophisticated ideas to life. Cheyne’s thought-provoking exhibit “Wat School You Wen Go?” just finished its run at the Honolulu Museum of Art’s Spalding House Museum. He is currently finishing up his second book and preparing for his third crowdfunded publication.

Idea Worth Spreading: Hawai‘i is a unique place. Can our uniqueness help solve the world’s biggest energy problems? Dawn Lippert is the co-founder and director of the Energy Excelerator, an accelerator formed to help solve the world’s energy problems – starting in Hawai‘i. She has raised over $30 million of public and private funding for this effort. Before the Energy Excelerator, Dawn was a management consultant with Booz Allen’s alternative energy team, and worked in Washington D.C., India, Africa and Latin America. Dawn also founded and is president of WiRE (Women in Renewable Energy), a Hawai‘i not-for-profit organization that builds technical expertise, trust and relationships that advance clean energy. She chairs the State of Hawai‘i’s Hawai‘i Clean Energy Initiative, serves on the board of Entrepreneurship Foundation of Hawai‘i, and is a member of the Pacific Asian Center for Entrepreneurship (PACE) Advisory Board at University of Hawai‘i. Dawn is a LEED Accredited Professio

Idea Worth Spreading: We can use students’ love of video games to empower them to direct their own learning. Gabriel Yanagihara is a videogame programming teacher at ‘Iolani School’s new Sullivan Center for Innovation and Leadership. There, he teaches students how to program their own videogames using Scratch, Minecraft, Game Salad and many other tools. He graduated from the Academy for Creative Media from the University of Hawai‘i at Mānoa, then started his own company offering animation, design and visual effects services which has continued to serve Hawai‘i for the last half decade.

Hayden Atkins was born and raised in Puna on the Big Island. After graduating with a Journalism degree from the University of Oregon in 2010, he moved back home hoping to solve some of the problems facing these islands. His official job is a Project Coordinator for Kupu Hawai‘i where he works to inspire conservation and aloha aina in Hawai‘i’s high school students. Meanwhile, he’s also a documentarian, musician, event organizer and activist. During his years in Oregon, Hayden met a friend who introduced him to bicycle power and Hayden soon launched Pedal Power Hawai‘i. He hopes to use these bicycle as a tool to educate people on our energy consumption, as well as promote a healthy, sustainable lifestyle. He believes that these bikes are the future of powering public events. The answer to our energy needs is not finding alternatives but instead cutting down on our consumption and realizing how little we truly need.

Idea Worth Spreading: Advancements in information technology are changing our culture of sustainability and empowering all of us to scale our daily actions into societal changes. Ian Monroe is a lecturer in the Earth Systems department at Stanford University, where he teaches courses on renewable energy and climate change. He’s also an Echoing Green Climate Fellow and a participant in Hawai‘i’s Energy Excelerator program for his work founding Oroeco, a web and mobile platform that rewards users for taking climate actions and gives the public a voice in creating low-carbon investment products. Ian has been named one of the world’s top 8 leaders in cleantech by Tech Republic, and Oroeco has been named the best app to make your life more environmentally friendly by Mashable. Ian is passionate about combining cleantech with information technology to empower solutions to climate change, drawing from his research at Stanford and his experiences working on sustainable and appropriate technol

Jennifer Li Dotson was made in Vietnam, born in Hawai‘i and graduated from Punahou School. She received her bachelor’s degree from Georgetown University and her master’s degree from the London School of Economics. Jennifer is CEO of Network Enterprises, Inc., a nonprofit organization established in 1985 to provide personalized employment services to people who need help finding the right jobs suited to their needs. Jennifer was featured in Pacific Business News as a recipient of the “40 Under 40″ award and as a “Nonprofit Businesswoman of the Year,” and Hawai‘i Business Magazine as a recipient of the “20 for the Next 20″ award recognizing leaders that share a passion for making a difference in their careers and communities. Her previous nonprofit work experience includes serving for the Muscular Dystrophy Association and Mothers Against Drunk Driving. Jennifer is an active athlete and enjoys competing in marathons, triathlons and softball. She climbed Mt. Everest in 2001 and is a hul

Patrick Sullivan founded Oceanit in 1985, a self-funded ”Mind to Market” company that produces home-grown research, development and engineering providing innovative solutions in aerospace, engineering, information technology and life sciences. Patrick has extensive experience on boards and commissions and has successfully developed nationally focused research programs, such as the National Defense Center of Excellence for Research in Ocean Sciences (CEROS), and the National Electric Vehicle Demonstration program, both collaborations with DARPA. He has served as the honorary consul to the Republic of Indonesia in Hawai‘i from 2001-2013. Patrick received his PhD in Engineering from the University of Hawai‘i and his BS in Engineering from the University of Colorado, Boulder.

Shane was born in Puerto Rico in 1966, grew up on a working farm in Iowa and received a B.F.A. in Studio Ceramics, Sculpture, and Drawing from the University of Iowa, School of Art and Art History. He currently lives and works on Mau‘i’s north shore, near Haiku, Hawai‘i. Shane has exhibited widely and his work is in numerous private and public collections including the Hawai‘i State Foundation on Culture and the Arts and Turtle Bay Resort Spa, among others. Shane is an artist and digital creative, as comfortable in the code as he is behind (and in front of) the camera. He utilizes and creates tools of a 21st century artist. Shane says, “Living in Hawai‘i we are surrounded by beauty. The sunsets. The beaches. The flowers. The people. So much beauty everywhere. I am excited that I’ve found a way to capture the hidden beauty around us and present it in a fresh, new, contemporary way.”

Steven Chiang has contributed to almost 400 businesses from a wide range of industries across the U.S. in his career as a leader, mentor and management and technology consultant. He has held a variety of managerial and executive positions at high technology and global consulting and outsourcing firms, and currently serves at the University of Hawai‘i as the Director of the Agribusiness Incubator Program. Steven has helped the average client of the Agribusiness Incubator Program more than double their profits each year. He has been an invited presenter on the topics of agribusiness and entrepreneurship in five countries, but is most passionate about helping Hawai‘i’s agribusinesses contribute to Hawai‘i’s economy, employment and food security. In 2012, Steven co-founded GoFarm Hawai‘i, which has become the premier beginning farmer training program in Hawai‘i and a role model for other programs due to its innovative approach to turning the Ag-Curious into commercial farmers.

Vicki Johnson was born in Indiana and she has two siblings (one older brother and one younger brother). She graduated high school in 1975 and moved to Chicago where she attended the training school Chicago Light House for the Blind and took medical transcription courses and then worked for awhile in medical transcription. Vicki also met her current husband Kenny in Chicago; they were married in 2001 and lived in Las Vegas. In 2007, Vicki and Kenny moved to Hawai‘i and made their home in Pearl City. Vicki has three children and four grandkids. In her spare time, she likes to read and add to her unique collection of salt & pepper shakers (that are often gifts from her kids and friends.) 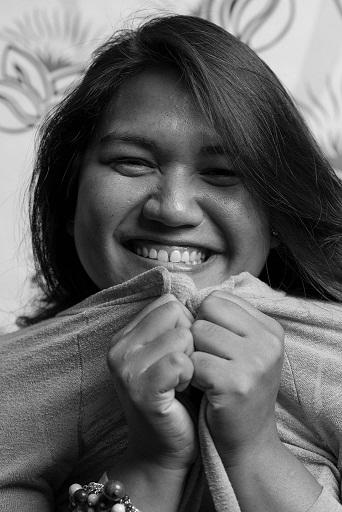