Theme: On the Verge of Breakthrough

A sudden, dramatic, and important discovery or development
An instance of achieving success in a particular activity, knowledge or technique
A person's first notable success

What sparks a breakthrough? What breakthrough can we share in technology, entertainment and design that are compelling for now and the future? What have been personal experiences in the moment of a breakthrough?

Last year we spoke of Tehran En Route, and as a continuation of our journey, this year we share talks on Tehran, its citizens and global community on the Verge of Breakthrough, marking a year of hope and anticipation of a breakthrough at an individual, community, economic, social, and technological dimensions.

Have you had a breakthrough that you would like to share? Please send us an email to info@tedxtehran.com

Amir-Hossein Mahoozi was born in 1970 in Tehran, Iran. He obtained his medical degree from Iran University of Medical Sciences in 1996, then embarked on his main passion, Persian literature with a PhD from Tehran University in 2008. He is currently a professor of Persian literature and a faculty member of Payam-e Nour University since 2008. His master’s was focused on the Shahnameh and he concentrates on the psychological analysis of mythological concepts in this epic masterpiece. Amir-Hossein is a main member of an organization called Khorshid, that targets to revive multiple aspects of culture, in particular; history, mythology and literature. He has been the main organizer of three international conferences on Rumi, Ferdowsi and soon Hafez.

Dr. Darius Mahdjoubi is a Research Associate at the Innovation, Creativity and Capital (IC2) Institute of UT-Austin and an Adjunct Professor at the MBA Entrepreneurship program of St. Edward's University in Austin, and School of Entrepreneurship of Tehran University. He was also the Visiting Professor at the Art and Technology Institute (ATEC) of UT-Dallas. He has taught part-time at two universities in Portugal. In 2005 he was an advisor to the Innovation School in Norway to set up a new Master in Innovation and Entrepreneurship. He studies, teaches and provides consulting services on Action Business Planning, Business Ideation, Innovation Commercialization and Regional Systems of Innovation. Darius has an Interdisciplinary Ph.D. degree from The University of Texas at Austin. He conducted his interdisciplinary dissertation, titled Knowledge, Innovation and Entrepreneurship, under the mentorship of the late Dr. George Kozmetsky.

Nasrin is the Co-founder and technology lead at Outcomes Based Healthcare (OBH), a London based organisation supporting health systems to deliver better outcomes for people. Nasrin has qualified in Computer Science and Medicine, both at University College London, and went on to practice medicine as a doctor in London. Working within the healthcare system, Nasrin discovered there were opportunities to improve how we care for patients. Being entrepreneurial at heart, she also started a couple of technology companies, giving rise to her passion to enable innovative technology solutions to face the challenges in healthcare. Nasrin believes in empowering people to understand their health through rapidly emerging big data and technology. Today, she is driving the strategy to support a shift towards a more personalised, data driven healthcare system.

Reza Pakravan is a record-breaking adventurer, documentary maker and motivational speaker. He holds two world records; “Crossing the Sahara Desert by Bicycle” and “Fastest Bicycle Journey from Arctic Circle through the length of the planet to Cape Town (11,000 miles unsupported journey in 102 days)”. He walked the length of the Patagonia Desert, crossed the Annapurna Circuit in the Nepalese Himalayas on a bike, and summit the mount Sabalan (17,000ft) in Iran while carrying his bicycle. Reza has been featuring regularly in world-class media including BBC, CNN and National Geographic. A documentary of his journey "The Man Who Cycled the Sahara" was commissioned and broadcasted by the BBC across the world and currently his second documentary "Kapp to Cape", which is the story of his last epic journey is currently in post-production. In addition, in 2012 he was listed amongst the top 20 world most seasoned travellers by Men's fitness magazine.

Sohrab Pournazeri, virtuoso of the Tanbour and the Kamancheh, is a sensational phenomenon of modern Iranian music. He is a singer and instrumentalist whose music has surpassed the borders of Iran, fusing with cultures and artists as far and wide as China and the United States. Sohrab was born in 1982 to the musical family of Pournazeris. Music was Sohrab’s mother tongue; he learned it as other children learn tow speak. At the age of two he would play his father’s Tanboor (whose body was larger than his) and sing the poetry of Rumi and Hafez. At 13 he was introduced to the stage as part of the Shamss Ensemble, and today he is considered one of the core members of the band. Also starting at age 13, Sohrab studied the techniques of Kamanche with Ardeshir Kamkar, and because of his musical talent was able to begin playing as a soloist with the Shams Ensemble after two years.

Tandis Tanavoli was born in Tehran in 1970 in an artistic family. She completed grade school in Iran, then migrated to Canada where she completed her degree in Television and Film Production. After years of working in the entertainment industry in Canada, USA and Europe she returned to Iran in 2009 to help intigrate the Iranian entertainment industry with its international counterpart. She has since started the first - and only- talent agency and management and has been active in introducing the Iranian artists to an international market. On the side, she is working on protecting the street animals in Iran, helping create shelters and raise awareness in the society. 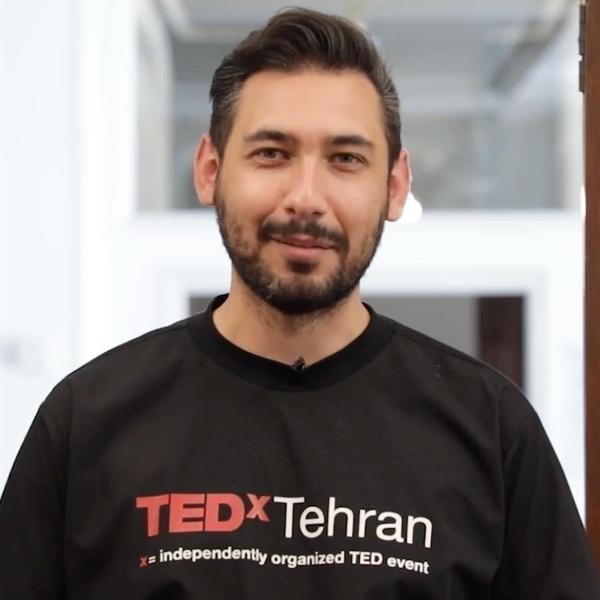