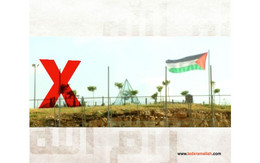 TEDxRamallah will highlight positive and inspirational stories of Palestine.

Suad Amiry, a Palestinian architect, author of "Sharon and my Mother in-Law: Ramallah Diaries", translated into 11 languages and awarded the prestigious Viareggio Prize, Italy and a bestseller in France. Amiry is the founder and director of RIWAQ, awarded the Aga Khan prize for Architectural Restoration, a non–profit organization dedicated to preserving and restoring Palestinian buildings.

Munir Fasheh studied and taught math for many years; got his doctorate from Harvard in education and worked in Birzeit University. During the first Palestinian intifada (late 1980s), he left academia and established Tamer Institute for Community Education, which revolved around protecting and providing “learning environments”. In 1997, he established the Arab Education Forum within Harvard University’s Center for Middle Eastern Studies.

Rim Banna is a Palestinian singer, lyricist and composer, born in Nazareth in The Galilee. Rim studied music and singing in the High Institute for Music “GNESINS” in Moscow (USSR), and specialized in modern singing and conducting singing ensembles. She works on composing music and participates in different Palestinian, regional and International concerts and festivals, where she represents the Palestinian voice and the Palestinian song.

Raja Shehadeh is by profession a lawyer who founded Al Haq (Law in the Service of Man), a non-partisan, West Bank affiliate of the International Commission of Jurists. In 2008 he was awarded the prestigious Orwell Prize for his acclaimed book Palestinian Walks. The book describes over two decades of turmoil and change in the Middle East, steered via the history-soaked landscape of Palestine. His latest book is “A Rift in Time, Travels with my Ottoman Uncle “.

Poet. Scholar. Lover of Life. Mark Gonzales is an HBO Def Poet with a Master’s in Education, a Mexican and a Muslim, a Khalil Gibran meets Pablo Neruda in a lyrical break dance cypher. He transcends citizenship identity to break borders and wage beauty across continents through culture. He is respected internationally for his creative approaches to suicide prevention, human rights and human development via performance, photojournalism, and narrative therapy.

Alice Walker is world renown for her fiction, poetry, essays, and human rights activism. Her fiction, in particular her novels, have established her as a canonical figure in American letters, as well as a major figure in what scholars term the renaissance in African American women’s writings of the 1970s. In 1982 Alice published The Color Purple, now a classic of American literature, for which she was awarded the 1983 Pulitzer Prize for Fiction - the first African American woman writer to receive this award.

Mohamed El Dahshan is an economist and writer. Mohamed has maintained his blog www.travellerwithin.com as (semi-)anonymous until the end of the January 25th 2011 revolution in Egypt, in which he took part from day one. He has live-reported the revolution for social and traditional media.

DAM, the first Palestinian hip hop crew and among the first to rap in Arabic, began working together in the late 1990s. Ten years of performing all over the world has strengthened DAM’s commitment to provide the youth of their city - Lyd - and neighboring communities with programs and opportunities that have otherwise been denied to Palestinian citizens of Israel. In addition, they have conducted workshops for young people from the West Bank to the US, Canada, and Europe

Wael Attili is co-founder and chief creative officer of Kharabeesh Network. Kharabeesh is a storytelling house for the new Arab generation that aims to place Arab cartoons on the WEP map. Wael is the blogger behind Sha3teely.com. He also founded other online business such as ishki.com and rusoom.com.

Alessandro Petti is an architect and researcher based in Bethlehem. He is the Director of DAAR, an architectural research studio based in Palestine, which combines discourse, urban intervention, education, collective learning, public meetings and legal challenges as a form of political intervention and narration. He co-curated research projects on the contemporary urban condition exhibited in various biennials and museums.

Abedalrahman Katanany was born in 1983 in the same building he now lives in, once a hospital named Gaza Hospital. He graduated from the Lebanese university where he studied Fine Arts. His caricatures were exhibited from 2001 to 2008 in Beirut and a number of European countries of which France, Spain, and Norway. He also exhibited his art work in Lebanon, Malaysia, and France. In 2008, Abedalrahman was awarded a Special Mention at Musee Sursock’s 28th annual “Salon D’Automne” exhibition, followed by an award for creative youth.

Gisel Kordestani is the director of New Business Development at Google for Latin America and the Asia-Pacific region. She joined Google in 2003, and played an early role in developing the company’s global commercial systems, strategies and partnerships. Through her studies, Gisel examined reconstruction efforts in Beirut following the Lebanese civil war. She has worked and traveled in over 70 countries.

Laila Atshan is a psychosocial counselor working with Palestinians afflicted by the Israeli ocupation. She is a consultant for UNICEF and other international organizations. Some of her recent assignments include training UNICEF staff working in the Darfur conflict zone and training Iraqi university professors in promotion and implementation of human rights in the context of conflict. Laila's blindness has allowed her to transcend limitations; she is an avid swimmer, horseback-rider, musician, and world traveller.

Steve Sosebee is the founder and CEO of the Palestine Children’s Relief Fund (PCRF). The PCRF is one of the most effective medical and humanitarian non-profit organizations working in the Middle East today. By founding it, Steve has made a difference to the lives of thousands of children (3,000 children just in 2008), by helping them obtain expert medical tests, evaluations and screenings, and surgery or treatment for free. He has worked and lived in Palestine since the first intifada. He is the proud father of two daughters, Deema and Jenna.

Zeina Barhoum, born 1984, is a classically trained Jordanian Soprano of Palestinian origin, started singing in 1997 in the school choir. In October 2008, Zeina attended a course in voice at Accademia Di Santa Cecilia in Rome. During the course, she did private vocal training with Signora Alberta Valentini and Signor Walter Alberti. In March 2010, Zeina received a scholarship supported by The Peace and Prosperity Trust and A.M. Qattan Foundation. Zeina is currently recording for her first album.

Sheerin Al Araj was born and raised in Al Walajeh, Palestine. She studied political science at An Najah National university in Nablus. In 2008 she joined the United Nations' mission in Darfur as a human rights officer. In 2010 things developed dramatically in the village with the construction of the apartheid wall. She then took the decision to quit her job to return to Al Walajeh.

Sam Bahour is specialized in business development with a niche focus on the information technology sector and start-ups. Sam was instrumental in the establishment of the Palestine Telecommunications Company and the PLAZA Shopping Center and until recently served as a Board of Trustees member at Birzeit University. He writes frequently on Palestinian affairs and is is co-editor of HOMELAND: Oral History of Palestine and Palestinians. He blogs at www.epalestine.com.

Julia Bacha is the Media Director at Just Vision. She is an award-winning filmmaker who has worked on films exhibited at the Sundance, Berlin, Jerusalem, and Dubai International Film Festivals, and broadcast on Al Arabiya television among other channels. Julia directed and produced Budrus (2009) and co-wrote and edited Jehane Noujaim’s critically acclaimed documentary, Control Room (2004. She recently won the King Hussein Leadership Prize.

Fadi Ghandour is Founder and CEO of Aramex, a global logistics and transportation solutions provider. Fadi is passionate about social entrepreneurship and founder of Ruwwad for Development, a private sector-led initiative engaging youth to empower disadvantaged communities. He is a Founding Partner of Maktoob, the world’s largest Arab online community.

Mohammad Khatib is a Palestinian refugee who grew up in Arroub Camp originally from a village called Qastina. Mohammad worked as a web developer intern at Google, after which he co-founded Bazinga! a startup catalyst and a tech hub in Ramallah. He co-developed an android application in solidarity with current rise of the Egyptian people.

Huwaida Arraf is a Palestinian lawyer with American and Israeli citizenship. In 2001 Huwaida co-founded the International Solidarity Movement (ISM), which has twice been nominated for the Nobel Peace Prize.Huwaida is currently the Chairperson of the Free Gaza Movement. Since August 2008, she has led 5 successful sea voyages to the Gaza Strip. She was one of the primary organizers of the Gaza Freedom Flotilla in May 2010.

Amal Chahabi is a Palestinian refugee born in Ain el Helwe camp in 1961. Amal is currently heading the the Amal Center for the elderly in Ain el Helwe refugee camp along with her active role in the women’s anti-abuse program lead by the Norwegian People’s Aid (NPA). Amal tells her marking story of her detention during the Israeli invasion of south Lebanon in 1982 in Danah Abu Rahmeh’s documentary “Kingdom or Women”. 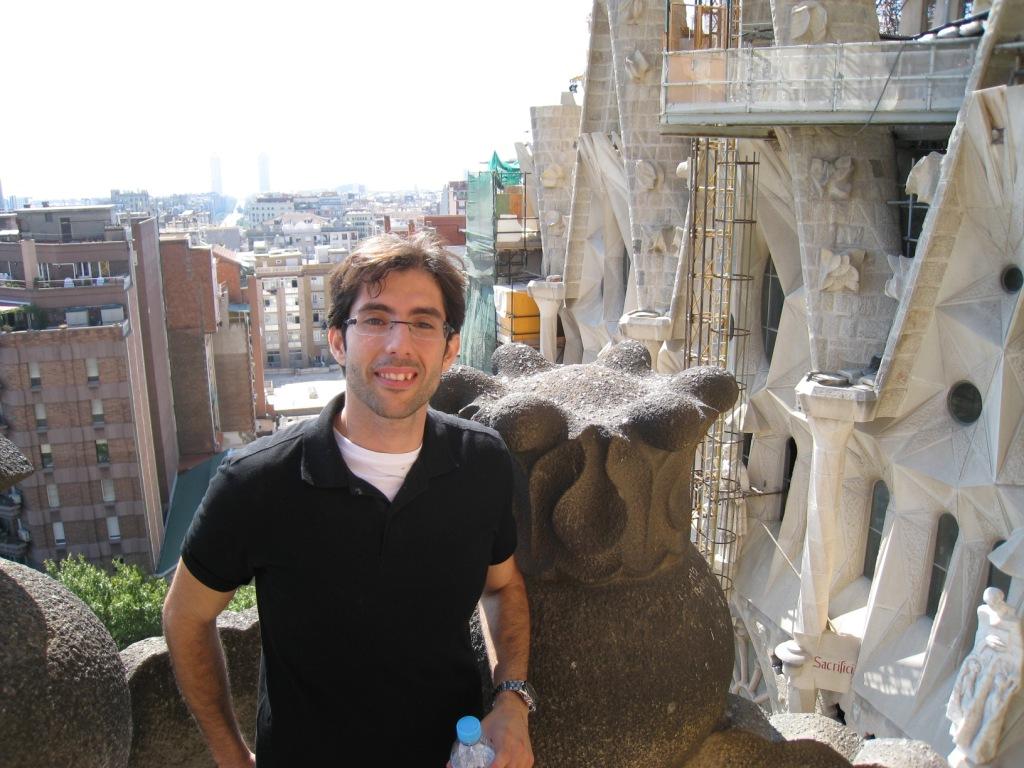