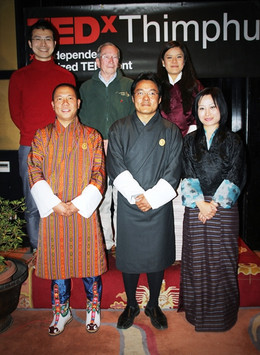 This year's theme is to reflect changes at a macro and micro level and to share these in a nation that is undergoing rapid changes.

Michael Rutland has over 40 years of association with Bhutan and now as a Bhutanese citizen he will speak about the significant changes in Bhutanese society spanning over four decades.

Karma Yonten is the founder of Greener Way, Bhutan's first private waste management firm established in 2010 and as a Young Global Business Leader he will share his experiences of establishing and running a business in a greenfield area of waste management in Bhutan.

Dorji Wangchuk is an award winning filmmaker and a celebrated engineer and has led pioneering projects such as introducing television in Bhutan in 1999. Dorji will share the discovery and the development of a lost village in the Black Mountain range of Wangduephodrang called Athang Rukha. His work with this village of only 110 people is an inspiring story of hope and change amidst the poverty and desperation that once existed.

Karma Choden is a media professional with experiences running the youth FM station Kuzoo and served as managing editor of the the monthly socio-economic magazine- The Raven. She is currently the CEO of a think-tank in Thimphu- QED and recently launched her book first book, “PHALLUS Crazy Wisdom from Bhutan” and will speak about the Bhutanese tradition of Phallus that continues to draw religious sentiments and modern day humour amongst visitors to the country.

Daisuke Kan is the Executive Director at Cheerio Group, a family-owned Japanese beverage company with 400 employees. As the third generation entrepreneur he wants his company to have a global perspective and collaborates with diverse domestic and international artists such as Japanese-black-and-white-painters, web-designers, Samba musicians and hot-rod-pinstripers for cutting edge soft drink packages.
Daisuke brings to the TEDx Conference his successfully winning strategy for young entrepreneurs who want are looking at globalizing their businesses.

At 22 years, Yoeatoeh is the youngest speaker during the conference and as the first fitness model from Bhutan at World Bodybuilding Physique Federation in 2013, she brings to the conference an inspiring story of motivation and overcoming gender barriers that have inspired many young Bhutanese women to seriously consider pursuing fitness programs. 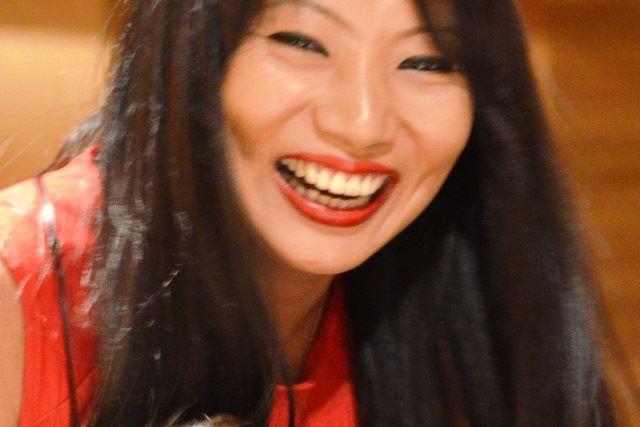