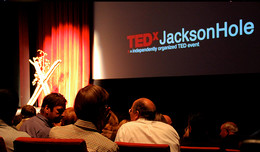 Explore new ideas that are shaping the world at TEDxJacksonHole. Engaging speakers will come together for one night only to share ideas connected by the theme of IMAGINE. Be inspired and entertained during TEDxJacksonHole 2013 Disrupt on Saturday, October 6, 2014 from 6 pm – 8:30 pm at the Center for the Arts.

Damien is a former sniper in the Australian Special Forces who fought in Iraq and Afghanistan. He also managed the Iraq Special Police Training Academy, overseeing the training of up to 700 cadets at one time. Frustrated by the inability of law enforcement and national governments to effectively counter rhino poachers during a trip to Zimbabwe, he founded the International Anti-Poaching Foundation (IAPF) and applied military training and techniques to wildlife units in hopes of protecting endangered species around the world.

Ellen is a cardiologist and climber who dreamed of summiting Everest for over a decade.

Josh is dancing his way back to health after a rare staph infection from a fishhook to the foot forced him to amputate both legs, his right hand and the fingers of his left hand. But the 35-year-old coconut farmer and former pro snowboarder hasn't given up hope. Instead he has expanded his dreams, which include going to Hollywood to try to break into the movies and setting up a nonprofit organization to help people with prosthetics.

Louie is a master of filmmaking. With over 47 million views of his TED talks, Louie’s gift of visual storytelling has touched people across the globe, and includes Mysteries of the Unseen World, Wings of Life, Moving Art on Netflix and Super Soul Sunday. His Gratitude Revealed is now featured on oprah.com.

Mariah Morales is a performer born and raised in Jackson, WY. She recently played 'Rizzo' in the high school production of Grease and won 'People's Choice' at the Sing Off as well as Jackson's Got Talent. She participates in the High School’s Dance Team, Choir and Drama Department. She hopes to perform at college and beyond.

Tracy wrote the critically lauded memoir The Source of All Things, which grew out of an essay about the sexual abuse she suffered a the hands of her stepfather. Prior to writing her book, she worked as an editor at both Skiing and Backpacker magazines, and after, she has written for such publications as Glamour, Bicycling, Popular Mechanics, Ski, Runners World, and others. Her other stories span topics ranging from skiing in Iran to green Evangelicals and their fight against mountaintop removal mining to the war over Denali’s most-prized and embattled wolf pack. She’s currently senior editor at Mountain Magazine, in Boulder, Colorado, and is working on her next book. 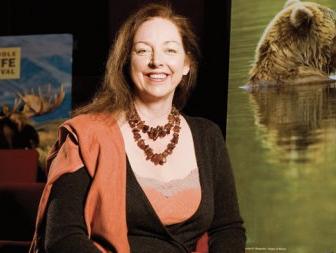