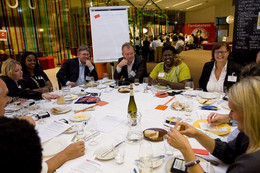 On September 20 the global event TEDxChange was organized by TED and the Gates Foundation. In Amsterdam, a group of 100 guests joined to watch the live TEDxChange Webcast from NewYork together, that featured speakers like Melinda Gates, Graça Machel and Hans Rosling. The audience then listened to eight people who travelled to Amsterdam to present their work in Africa during an interactive dinner. What followed what a transformation of “ideas worth spreading” into… “ideas worth doing”!

Tonee Ndugu is a Media Consultant with a specialty in New and Rich Media Tools & Applications. He is the founder of the Wazimba Youth Foundation which is an African youth I.T. out-reach organization that educates and emphasizes on the use of Internet based media, tools and social networks among teens in Africa. He is a Leadership Motivational Speaker, one of the organizers of the very first TEDxKibera and a Social Media enthusiast. Tonee heads up the international office of the 1% club in Kenya which is an online marketplace for small development projects where citizen and companies can contribute 1% of their income, time and knowledge to a project of their own choice. Last year, Tonee started a new initiative, namely an ICT Incubator: NAiLAB in Nairobi.

Arjan Erkel is the Director of Malaria No More! Netherlands. He worked for MSF in Dagestan where he was kidnapped and held hostage for nearly two years. His personal success in life is surviving this kidnapping. Since being freed in 2004, he has written three books; two novels and a management book about diversi

Ndubuisi Ekekwe founded African Institution of Technology (AFRIT) when he noticed that Africa was lagging behind in the technology race. As a doctoral engineering student in the Johns Hopkins University, USA, he came to the realization that without helping Africa to develop a technology diffusion roadmap, the continent could face severe crises in the future: if nanotechnology could mature and displace commodities like cotton and rubber as raw materials, pushing farming unemployment high, the security of most African nations could be in jeopardy

Boldewijn Sloet is a Dutch investor and entrepreneur. After completing his law studies in Amsterdam he got inspired by the story of Grameen Phone in Bangladesh, which took him on a different career path. Smart business ideas with massive development impact became his passion and he looked for a venture where he could achieve this. In 2006 he met the founders of Barefoot Power, an Australian startup company with the goal to get 1 million people safe, clean and affordable lighting by 2010.Short bio of this speaker

In one of the poorest countries in the world, Mme Consolata Ndayishimiye inspired many female entrepreneurs to build up their own company and with that also their self-respect after the terrible events the country went through. Recently she got a new assignment so that she can continue her motivating activities on a national scale.

Pascal Katana is a young Kenyan university graduate who set up The Young Innovators Club together with his business partner. Their aim is provide tools that empower the growth of technology. Due to one of their inventions, a stable communication was achieved in rural areas of Kenya where there is no national electricity grid available and hence helped in boosting the Kenyan economy.

Marlon Parker is a Social Entrepreneur and an Information Technology Lecturer at Cape Peninsula University of Technology (CPUT) since October 2000. His field and expertise is in ICT for Community Empowerment. Marlon is co-author of the published book, “The social and economical impacts of e-commerce“. He served as one of the judges for the 2008 E-commerce Awards and was nominated in 2009 as one of the Top Young South Africans by the Mail and Guardian.

Bill Liao is an Australian entrepreneur, business mentor, philanthropist, diplomat, author and speaker with a distinguished record in the areas of business, development and community activism. He is a co-founder of XING, a pioneering social networking platform, and CEO of Finaxis AG, a privately held company in the financial services industry. Bill also mentors entrepreneurs in the making, from diverse socio-economic and cultural backgrounds. 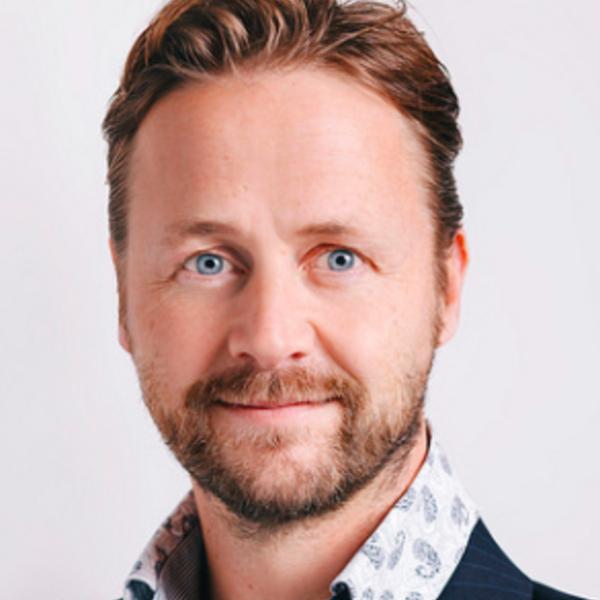