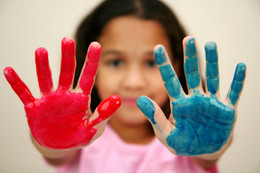 For the first time ever, over a span of 24 hours, TEDx organisers in over 60 cities, town and villages all around the world organised global TEDx idea events for and about young people and our future.

All our events shared a common vision and purpose: To inspire curiousity, ignite new ideas and empower young leaders and children.

Children and youth in Singapore had a special, unique opportunity to give TEDx Talks and share with Singapore and the world about what you feel, think and do...

TEDxSingapore hosted this global conversation on Saturday 20 Nov from noon to 5pm.

Children and youth of Singapore delivered TED-style talks, sharing their ideas, talents and endeavours with the whole world, plus TEDx Talks about development and education of children,

As always, we had engaging commuity activities and great shared experiences with the incredible diversity of people and TED fans in Singapore.

We especially invited people to attend as a family, by bringing their daughters, sons, nephews, nieces, grandchildren. Children and youth attended with parents, grandparents, uncles, aunts...

Ahshik started his business when he was 9 years old, mentored by his businessman father. His idea was to sell motivational postcards at train stations and community centres all around Singapore and managed to earn SGD $4,000 in his first year. At 11-years-old he received an award from Teaching Kids Business in the United States. At 12 he wrote a book and at 13, he started telling his story at schools and events.

Benjamin is a 16-year-old student entering Junior College (high school) in 2011. He tries to remain optimistic in whatever he does, and a cheerful boy who tries to make people around him happy as well. He follows a personal motto which says "Always follow your dreams and your passion" He strongly believes that learning and education should be joyful. Benjamin thinks that when a person does something he or she is passionate about, it will bring them joy.

Palani is a student at Victoria Junior College who believes, that as individuals we have a collective responsibility to make the world a better place. He hopes to make a positive difference not only as an individual, but also to inspire and empower others to serve the community. He loves reading, especially philosophy, economics and psychology. He also enjoys public speaking and was the first runner up in the Singapore Can Speak Competition.

Samridhi Lodha is a talkative, funny and confident girl, driven by passion. Though slightly impatient in nature, she is curious to know more about the world and how things work. She questions and clarifies till she is clear. She says she is not a perfectionist but tries to give her best to each task given. The desire to do something and be “a somebody” in life keeps her going.

Adrianna Tan is a traveller, writer, photographer, and geekette of all trades. She travelled to 120 cities in 30 countries over five years. She co-owns the design agency Pen to Pixel and helps to run a growing gourmet ice cream business. Online, she's Popagandhi.com and twitter.com/skinnylatte and one half of fortylove.tv.

Aslam Shah is an 18-year-old student. He possesses a very intelllectual and creative mind. Aslam enjoys sports and is strongly motivated to learn and speak in various platforms. After participating in various speaking genres Aslam won the Singapore Can Speak competition. Aslam is strongly motivated to make a difference in the lives of others. His favourite TED Talk is "Asia's rise" by Hans Rosling.

Oliver Loke is student at SMU pursuing Business Management as well as Political Science. He is on the Executive Committee at World Alliance of YMCAs. Oliver is part of the Youth Committee for the Asia-Pacific Alliance of YMCAs. And he is Deputy President of the University YMCA @ SMU Oliver was awarded the HSBC Youth Excellence Award 2010 for Service & Leadership. In his spare time Oliver enjoys running and triathlons. He loves reading & good food.

Bryan Ong is the author of a youth motivational book, It's I'MPOSSIBLE. Currently pursuing a business degree, he was awarded the SPRING Singapore Executive Development in 2009. He is also the Managing Director and Co-founder of It’s I’MPOSSIBLE Group, which focuses on empowering through motivation, mentoring and consulting. He hopes to reach out to more youths who are in need, and to get them to believe in their dreams.

Bernise is a social entrepreneur who believes that young people can do amazing things in the world - if only they are given the opportunity to do so. That's what drove her to start up Syinc, a nonprofit with the mission to empower young people to become incredible change-agents. Bernise also holds a full-time job as a Change Management consultant and sits on the board of the International Youth Foundation. When not in meetings or speaking engagements, Bernise enjoys (fairtrade) chai latte with friends, live jazz, and exploring obscure nooks and crannies in Singapore and beyond.

Charles, better known as Charles “Stitch” Wong, burst into the scene by clinching 4th placing in the reality singing competition, Singapore Idol in 2009. He is known for his unique rendition of songs with the guitar, high energy beatbox routines and his emotive style of singing.

Tong Yee has a deep passion for youth development and leadership. He currently serves as director in The Thought Collective, a series of social enterprises that inspire social change. Trained as a teacher, mentor and coach, he has had the privilege of working with over 10,000 young people in the course of his career and hopes they will bring positive change to the world.

Deborah Peterson is a founder of Neural Pathways Asia, a Singapore-based consultancy offering programs grounded in neuroscience, coupled with empowering applications to enable individuals and teams to gain self-insights into the foundations of their behavior as well as practical strategies for the different spheres of their lives. The ultimate goal is that with self-insight, self-compassion and a new lens by which to view their world, young people will contribute to a movement towards peace.

Joshua Phang, 16-year-old, has led his group H.E.L.P (a.k.a. Hope, Enlighten, Love, People!) in the Citi-YMCA Youth for Causes programme and raised more than $22,000 for the Children’s Cancer Foundation. With his leadership capabilities in community initiatives, Joshua has been elected as the vice-chairman of the Youth for Causes Alumni Committee to oversee event managements aspects.

The late Dr. Milton Tan was a passionate TED fan and one of the earliest members and supporter of TEDxSingapore. We screened his insightful TEDxSingapore Talk "Where on Earth do ideas come from?" filmed at TEDxSingapore [ i ] in August 2010