a writer, digital artist and software designer. [1] His books Virtual Humans and The Caligari trueSpace2 Bible are both five stars at Amazon. As president of Virtual Personalities, Inc., he was responsible for the design and development of Sylvie, the first practical commercial virtual human interface using an animated human face. He is Contributing Editor of STUDIO magazines in New York and a columnist at VFXWorld in Hollywood. His digital graphics artistry can be visited at caedes.net where his handle is DigitalFX.

Rob Caughlan is an independent public relations and advertising professional located in the San Francisco Bay Area. His work spans corporate, political, and organizational communications. Caughlan has taught public service advertising as well as lectured university students on the history of American political campaigns and the history of public service media. He has a degree in political science and international relations

McGonigle has carried out seminal research on volcanoes, exploring 15 of them worldwide and developing a reliable, safe way to predict eruptions. His project to use a remote-controlled helicopter to measure telltale gases and warn millions of people of impending disaster earned him a Rolex Award in 2008. In preparation for field trials in Italy, McGonigle is currently sourcing a new helicopter and scientific instruments. He is also working on another project using ultraviolet digital cameras to monitor volcanic gases from afar.

President of Atomic29, also runs Spur, a bay area based arts club. Frank is a 'burner', attending Burning man on a regular basis.

a media scholar, author, designer, curator, producer and researcher with more than 15 years of experience in the field of digital media, computer science and technology. As a scholar and media designer he is committed to the intersection of design, technology, science and innovation emphasizing on programs of sustainable technology, applied to design, culture and society, along with the integration of trans-cultural creative social and cultural community projects with minded sustainability and suitAbility. FF has designed and produced a considerable number of scientific, technological, artistic and scholarly works, full Immersive-real-time interactive installations, multi-user system interfaces, augmented virtual reality robotics interactive installation and multi-user interactive interface platform for Animation and Virtual Reality applications with the use of digital media, interaction techniques, immersive technologies, computer graphics, human-machine and interfaces with networking technology and Avatars.

His own company is called ZeigerZeit, where he provides his knowledge and experience to museums and collectors, primarily in the field of timekeeping devices.

Ricardo Sousa is a passion-driven 18-year-old entrepreneur and consultant based in sunny Lisbon, Portugal. Currently he's the founder and organizer of SWITCH Conference, the co-founder and manager of a recently launched startup called Cortiza and the initiator of the Movement for Change in Education, a global movement of people worldwide committed on taking action to change the current education model. While studying management at ISEG, Ricardo is also a Microsoft Student Partner and a frequent speaker and blogger on themes such as teen entrepreneurship or the 21st century education

Besides the gregarious owner, two things have made Buck's part of the cultural zeitgeist -- the now-defunct fundraising soapbox derby called the Sand Hill Challenge, and the restaurant's reputation as the place where Silicon Valley's venture capitalists hang out and make funding deals over a stack of pumpkin pancakes.

CRUMBS is a duo from Winnipeg, Manitoba, Canada. Stephen Sim and Lee White have been performing comedy together since the early 1990's in several forms.They started using the name CRUMBS in 1997 in a project experimenting with comedy. They would mix sketch comedy shows with open improvised scenes.

Claudia Sommer is the Webmanager at Greenpeace Germany. She joined Greenpeace in 2007 and is responsible for the realization of the social media strategy.

The London-born daughter of a classical pianist and a Ballet dancer has become a prominent figure in the cultural landscape of Munich, her adopted hometown, as a performing artist and as a promoter of young talent.As a jazz singer she has been received enthusiastically by audiences in Europe, USA and Canada.

The fact that currently urbanized areas concentrate more than half of the world population is widely discussed. Alone in India 380 Million people are estimated to migrate from rural zones into urban centers within the next two decades that means to accommodate about 20 more cities the seize of Mumbai or Sao Paulo.

Explorers Club President/ The Explorers Club is a private club that began in Manhattan in 1904. Since its inception members have included everyone from Charles Lindbergh to Neil Armstrong and presidents Teddy Roosevelt, Franklin Roosevelt and Herbert Hoover.

r touch sound? Or to have sound touch you so deeply that it can change your mind, your body, your life? Tod Machover certainly thinks so, and his work over the past 30 years demonstrates an extraordinary range and diversity that enhances our definition of music itself and our conception of what it can achieve. Called "America's Most Wired Composer" by The Los Angeles Times, Machover is widely recognized as one of the most significant and innovative composers of his generation, and is also celebrated for inventing new technologies for music, including Hypersinstruments which he launched at the MIT Media Lab in 1986. 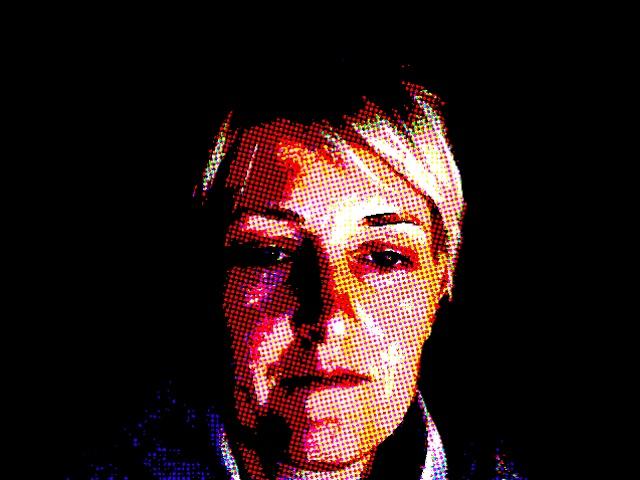