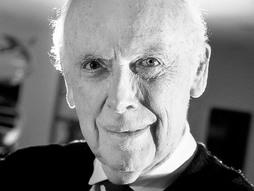 James Watson has led a long, remarkable life, starting at age 12, when he was one of radio's high-IQ Quiz Kids. By age 15, he had enrolled in the University of Chicago, and by 25, working with Francis Crick (and drawing, controversially, on the research of Maurice Wilkins and Rosalind Franklin), he had made the discovery that would eventually win the three men the Nobel Prize.

Watson and Crick's 1953 discovery of DNA's double-helix structure paved the way for the astounding breakthroughs in genetics and medicine that marked the second half of the 20th century. And Watson's classic 1968 memoir of the discovery, The Double Helix, changed the way the public perceives scientists, thanks to its candid account of the personality conflicts on the project.

From 1988 to 1994, he ran the Human Genome Project. His current passion is the quest to identify genetic bases for major illnesses; in 2007 he put his fully sequenced genome online, the second person to do so, in an effort to encourage personalized medicine and early detection and prevention of diseases. 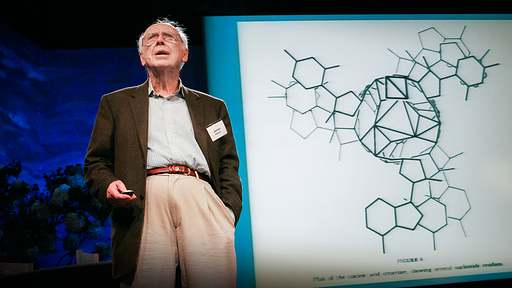 How we discovered DNA

Reading the books of Craig and Jim

A few days ago TED2005 speaker Craig Venter (watch his talk) announced that his lab has finished sequencing a single human’s genome — his own. At his old company, Celera, Venter worked on sequencing his genome and four other genomes all mixed together, creating an anonymous composite. He told Newsweek: What we got this time […]

Nobel laureate James Watson opens TED2005 with the frank and funny story of how he and his research partner, Francis Crick, discovered the structure of DNA.